This tragedy unfolded so quickly and was caught on tape. It gripped the nation, what happened in Minas Gerais state, when an immense slab of rock smashed into pleasure boaters. 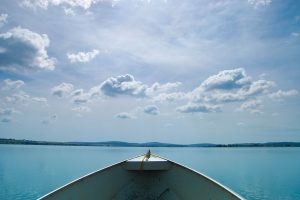 Ten died after the face of a massive cliff collapsed at a popular tourism spot. Boaters who just made it out of the way captured videos of the incident as the giant slab fell into Lake Furnas last Saturday. The rock peeled about 12:30 p.m. after intense rains in the area.

In one of the videos, those who saw the boulders tumbling yelled to the others to ,“Get away!” but between the music from the boats, the waterfall sounds, and how close they all were, it just wasn’t nearly enough.

A second video captured the moment the cliff crashed down destroying the two small boats beneath it.

At the end of the day, ten die, and no one was missing by Sunday afternoon. “Today we are suffering the tragedy of a loss in our state that resulted from strong rain,” Romeu Zema, the state’s governor, said in a statement.

A tourist from one of the boat’s, Michel Leite Neves, 31, said that he had alerted the craft’s skipper to the rocks tumbling down. At first the boat operator said the phenomenon was normal, but as the rockfall intensified, he gunned the engine with seconds to spare, Mr. Leite said.

“He turned the boat around because he said it was better for us to get out of there,” Mr. Leite said. “But at that moment the cliff was already falling.”

Lake Furnas, near the city of Capitólio, is among a cluster of gorgeous tourist destinations, especially during the summertime. Boats of tourists visit to see the waterfalls and the emerald-colored water.

According to Lt. Pedro Aihara of the Minas Gerais Fire Department at least 24 people survived on the two boats that were directly hit.