It’s unfortunate but common when family’s fight over inheritance after a death. This is what happened in this story, with the money this teenager inherits.

A granddaughter is refusing to split her inheritance with her sister. The teen took to Reddit’s “Am I the A****** to share her story. The 19-year-old has taken care of her sick grandpa for six months.

As the big responsibility that it was, it put her life on hold. Her grandpa rewarded her by giving her $60,000.00.

The teen’s mother is now forcing her to split the money with her sibling, who hasn’t helped with the grandpa at all.

“I have been caregiving for my grandpa with cancer for about six months (unpaid),” she explained. “My life has completely turned around, I should be working a job and making memories with friends. My grandpa realized this and gifted me about $60,000. I was shocked but also felt bad for this sudden money. My mother is the one who gets all his stuff when he dies (house, bank account) and she was very unhappy that I was gifted this.” 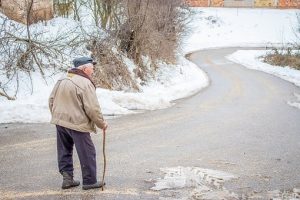 Her mother made an unreasonable request regarding the money.

“We’ve never gotten along, and she’s always treated me kinda poorly,” the teenager shared. “She decided to call all my family and tell them about this transaction. Then [she] tried to manipulate me into giving half to my 24-year-old sister who has never worked a day in her life. I agreed and said ‘as long as she does half the work.’ Ever since, she hasn’t helped me with really anything, going on vacations, etc. while I’m stuck here. I told them that I would no longer give her the rest of the money (already gave her $4500).”

Redditors voiced that she had every right to keep the money to herself.

“Don’t give them a dime,” one person said.

“You shouldn’t have given them anything,” said another.

“Giving money just enables the toxic behavior to continue,” someone else said.