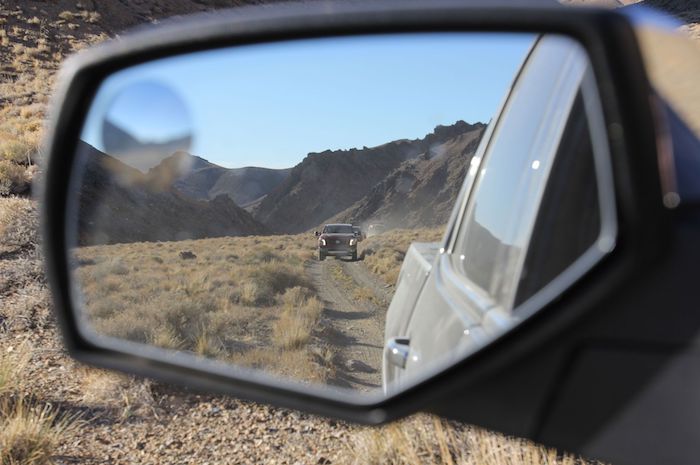 Long before cells phones and gas stations every five miles, people traveling cross country had to rely on the kindness of strangers in times of crisis.

In today’s reader-submitted story, John explains how his wife once found help traveling through a desolate stretch of Florida highway.

“If you have ever been driving through Central Florida, just south of Orlando, you know it’s pancake flat and nothing but wide open prairie for miles. It’s literally the middle of nowhere.

Back in the 1980’s, my significant other — a young woman traveling with her 2-year-old daughter— was returning from Tampa, headed back to our home in Orlando. In the days before cell phones, breaking down in hundred degree heat in the middle of nowhere was a scary proposition. The situation could evolve from bad to crisis in just a couple minutes.

So her car craps out. She gets out to take a look but there’s nothing she can do. There are no cars coming either way for as far as she could see on the horizon. She got back in the car to gather her thoughts and check on the 2-year-old when suddenly an older, “fatherly” looking fella materialized in her driver’s side window. She didn’t hear or see any vehicle pull up but in her rearview mirror appeared his pick-up truck.

She was initially frightened and wary but he gave off a very non-threatening vibe. He asked if she needed help and she explained her situation. Her car just cut off and died. He instructed her to pop the hood to take a look.

After a quick analysis, the stranger discovered that the bracket securing the battery in place had come loose and was touching both the positive and negative posts of the battery. The stranger did some quick “MacGyvering” and the car restarted.

The good Samaritan said he would follow her to the next exit to make sure she made it back to civilization. He followed her for miles, trailing a few car lengths behind. After about an hour, as she approached an exit, she turned on her signal and glanced in the mirror to wave to the man for his help.

The truck was gone. It never passed her on the road and didn’t pull off to the side. It tailed her to the exit and just vanished.

She came home safe and sound but was completely spooked by the incident for quite some time.

Wouldn’t you be too?”

Do you have a strange, odd or weird story to share? Submit it here and you could see it on Oddee.