If you didn’t see the first part of the story, read Southwest Apologizes to Passenger: Part One first. And now, for the rest of the story.

According to the airline, Southwest advises customers to “Dress to impress. While Southwest’s dress code is relaxed and casual, you will be expected to present a clean, well groomed, and tasteful appearance.” They airline didn’t clarify what could be considered a breach in dress code but did share that it did its best to “promote a family-centric environment.”

The statement expects customers to “use good judgment” and “exercise discretion” while traveling. Specified dress code states that “each situation is very different, and our employees are responsible for following our Contract of Carriage.”

Eubanks did fly on her originally scheduled flight, but only after “covering up” with a shirt that was loaned to her by one of the Southwest staff members. She was critical of the inconsistencies and vagueness in the policy that almost stopped her from traveling that day.

“It seemed like everything that was going on was based on personal biases, and I just don’t feel like that’s appropriate,” she said. “If there is a policy, then let that be the policy for everyone, every day, don’t let it be, Oh, this person is working, so you can wear this on this day, but the next day you can’t wear it because somebody else is working. The employees were on completely different pages.” 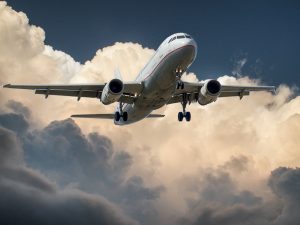 Eubanks wasn’t too happy with the apology or refund and would rather the airline revised its policy and developed a clearer line for what’s acceptable so that the policy doesn’t fall on the shoulders of the employees on duty.

“I think they need to update the policy. I think it needs to be nondiscriminatory. I think that as a woman, specifically a Black woman, my body is constantly policed and over-sexualized, and that’s not fair to me,” Eubanks said.

“I think they need to take the initiative and figure out what they deem is or isn’t acceptable and let that be the standard across the board, period.”

What do you think of all this?