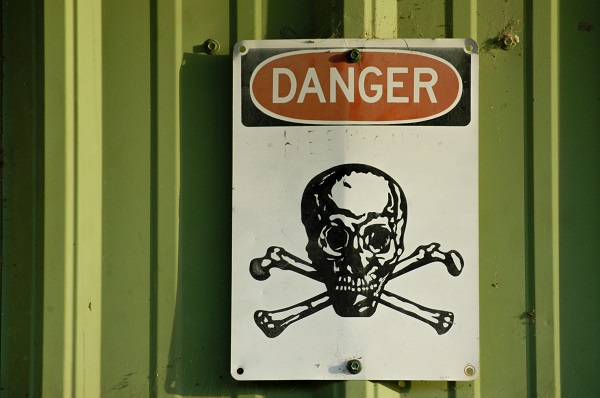 A priest in South Africa took it upon himself to prove his church’s faith in their god. And what better way to prove that faith makes you superhuman then drinking poison?

Faith Can Be Deadly

Priest Light Monyeki is from Soshanguve, South Africa, and he decided to perform a dangerous stunt. He claimed to his congregation they should not fear death, as they can not die (for they would be immortal) if they had true faith – or so he claimed.

So he took a bottle of water and filled it with rat poison.

Did They Drink It?

The priest took a big drink from the poison. And of course, many of his followers RAN forward to take a drink. Monyeki proceeded to pour the drink down the throats of his loyal congregation. Five died and 13 were put in the hospital, but he denied responsibility.

“DEMONSTRATION OF POWER- MAN OF GOD MIXED RATTAX (DEADLY POISON) WITH WATER AND CAUSED PEOPLE INCLUDING HIM TO DRINK!!!

The man of God, Prophet Light Monyeki demonstrates the power of faith by causing congregants to drink Rattax; deadly poison to show forth their faith. As he was doing that he said “we do not need to proclaim faith because we are believers. If [anybody] can smoke Rattax for more than 8years, who are we? Death has no power over us”. Then he declared life from above upon the water mixed with Rattax; and spoke nourishment unto bodies and healing unto the sick. A multitude of congregants voluntarily ran to the front to have a drink of the deadly poison. After declaring nourishment and healing, Prophet Light was the first one to drink.