We’ve all had our fair share of lousy neighbors. Maybe they don’t mow their lawn, they might be overtly friendly when you just want to live in peace, or they could just be plain noisy.

But most of us are lucky in that our neighbors don’t torture with obnoxious behavior to the point that they get sent to jail. Some folks in Russia unfortunately had to resort to help from the justice system to tame a belligerent neighbor.

A Russian court served Yury Kondratyev, 46, a three-and-half-year prison sentence for disturbing his neighbors. That might seem harsh on first glance, but this Nizhny Novgorod man wasn’t your usual loud next-door inhabitant.

For nearly two years, Kondratyev had been practically torturing his neighbors with his behavior. He started out with playing loud music late into the night, but as time went on, his antics got increasingly outlandish.

By the end of his reign of terror, Kondratyev would make or play sounds of horses every two hours through the night. He would keep his neighbors from getting a wink of sleep for days on end.

Finally, the neighbors can sleep soundly. Wonder if the same will go for Kondratyev’s cell mates. 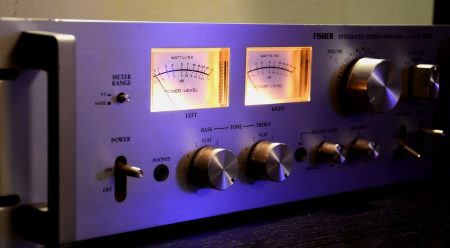 There is kind of a tragic reason behind Kondratyev’s bizarre behavior, though. According to his neighbors, Kondratyev had been living with his wife, who left him in 2018.

Getting dumped clearly wasn’t good for Kondratyev’s mental state. Soon after, he started his nightly noisemaking.

Initially Kondratyev would blare classical music from his stereo system into the wee hours of the morning. Gradually, his taste in music got more aggressive, and he switched to listening to the German industrial metal band Rammstein.

His neighbors might’ve felt sorry for him at first, but their sympathy soon ran out. First, they tried telling Kondratyev to turn his music down at night.

That, of course, didn’t affect the man’s behavior at all. If anything, it seemed to just aggravate him and make him even louder.

He did eventually stop playing music. It wasn’t much of a relief, though, since at that point Kondratyev started banging on furniture and playing sounds of horses neighing.

“I listen to music and horse sounds in my apartment. I also knock on the walls all night. I’ll keep doing so and I don’t care if someone doesn’t like it,” Kondratyev reportedly wrote in a note sent to his neighbors.

At one point, the neighbors suggested that perhaps Kondratyev was a bit off his rocker and he should see a therapist. Boy, did that work out like they intended.

Kondratyev reportedly did go see a doctor to get a paper that declared him perfectly sane. Then he turned the volume up a notch or two.

It understandable that the neighbors fairly soon reached a point where getting the cops involved was their only option. So, they called the police.

The neighbors say that in total, they made more than 80 complaints about Kondratyev to the police. That didn’t seem to have any effect, though, since most of the time the cops let him off with a slap on the wrist.

Over the period Kondratyev terrorized his neighbors, he received only three citations, starting in 2019. A court also fined him 5,000 rubles (about $67), which he promptly neglected to pay.

Finally, though, in December 2019, the courts heard the pleas of Kondratyev’s neighbors. They ordered him to be placed under arrest.

Kondratyev was subsequently charged, not with disruptive behavior, not with disturbing the peace, but with straight up torture. A court in Nizhny Novgorod slapped Kondratyev with a charge of torturing two or more people over an extended period of time.

According to local media, this is the first time in Russia that a person has charged with a crime due to mental suffering inflicted on neighbors. And we suppose it’s also now the first time someone has been sent to jail for that.

We’re going to guess Kondratyev’s neighbors don’t care much for having been part of a historical event. But at least they can sleep now.