What do you need to carry out a successful surgery? A sterile environment, a professional surgeon with years of experience, and a hospital for all the aftercare, right?

Nah, that’s just hoity-toity pointless luxury. At least if you ask the Australian man who performed two castrations in his backyard.

Ryan Andrew King, from Brisbane, was charged in September 2020 with two counts of causing grievous bodily harm with intent to maim. He snipped off two men’s genitals during an illegal surgery in 2019 and 2020.

And he filmed the whole process and uploaded the footage to the internet. Because hey, why not?

But, in a surprise twist, Judge Richard Jones gave King a suspended sentence on July 16 and released him on probation. Judge Jones quoted both King’s guilty plea expressing “remorse” and positive impact statements from his…

Can we say “patients?” Or should we say “victims?”

What makes this case particularly weird is that King didn’t do anything that he wasn’t asked to do. Both of his… You know what, we’re going to stick with “victims.”

Anyway, both of his victims sought King’s operation out of their own free will. 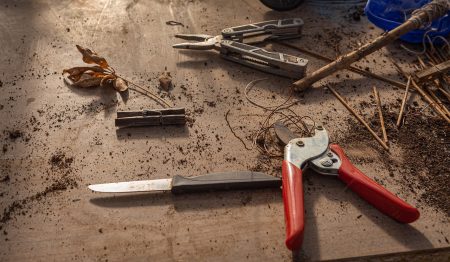 The Hostel of Horrors

The Australian police busted King’s underground surgery operation a year ago in July 2020. They had been called to a backpacker hostel in Brisbane to investigate a strange case of mutilation.

In the hostel, the cops found a 26-year-old man from Sydney. His had been partially removed – his penis and one testicle were gone – and he was suffering from unspecified complications.

After they delivered the ailing, genital-less man to the hospital, the cops raided King’s apartment in Brisbane’s West End. They found more evidence than they were probably prepared for.

Inside King’s freezer were a both a severed human penis and a pair of testicles. A DNA test later confirmed that the genitalia matched King’s earlier victim.

Why King decided to preserve the genitals, the cops did not say. That’s perfectly fine with us – we don’t really want to know.

During further investigation, the police found out that the hostel man wasn’t the first that King castrated. According to the victim’s testimony, King had told him that he was “experienced” and had done similar surgeries at least 10 times.

Now, as to our and the cops’ best knowledge, King lied when he said that. He had only done it once before.

“He is then alleged to have performed consensual surgery on the older man, despite having no formal surgical qualifications,” said a Queensland Police spokeswoman.

The police say that King allegedly used a device called a CryoPen during the surgery. It’s a surgical tool designed to remove warts and lesions with high-pressure nitrous oxide.

His second victim, too, discovered King on the internet. According to his own testimony, the man had “wanted to be a eunuch” ever since he was a child, and he asked King to make his dream reality.

According to King’s lawyer, Chris Wilson, King was aware that performing unlicensed surgery was illegal. At the same time, King also genuinely believed he wouldn’t be charged since both his victims consented to the castration.

“He has not acted in deliberate defiance of the law,” Wilson said.

He also added that while Wilson knew what he did was legally wrong, he was too troubled to turn himself in. King suffers from both ADHD and Asperger’s Syndrome, which Wilson said made him too “embarrassed” to seek any kind of treatment or help.

“He was different, he sought no help or assistance with that,” said Wilson. “He didn’t want anyone to know.”

In an earlier hearing, Wilson told the court that King had Klinefelter’s syndrome. This syndrome causes a male to be born with an additional X – or female – chromosome, and causes, among other things, stunted genital development.

As a child, his peers had bullied King due to his conditions, said Wilson.

At the final court hearing to decide King’s sentence, he plead guilty to two counts of malicious act with intent. In his plea, Judge Jones heard (or read, we’re not sure how it was delivered) clear signs of remorse.

“You were clearly not authorized or qualified to do what you did,” Judge Jones said. “Your plea shows your level of remorse, and no doubt [the] level of shame you feel in respect of what you have done.”

Judge Jones also considered victim impact statements submitted by both of King’s victims. In them, the men defended King.

“I am eternally grateful to Ryan for enabling me to enjoy life,” the 26-year-old man wrote.

Considering all that, Judge Jones sentenced King to three and a half years in jail. However, as he had already served 355 days in pre-sentence custody, the rest of sentence was immediately suspended.

For the rest of his sentence, King will be on probation and has to report to the cops regularly for three years.