We have all heard the horror stories: feet chopped off by cables or stuck on the top of the roller coaster. You name it, we’ve worried about it.

You may never think that an animal would be a part of a terrible experience on a roller coaster, but in this case it was. A bird swooped in on the fun, literally.

Paige Ormiston was going through her day at Warner Bros. Movie World in Queensland, Australia. And said bird was going through its day as well. It’s safe to say neither expected the other to be a part of their day.

But Ormiston was riding one of the fastest roller coasters in the Northern Hemisphere. This coaster is named The DC Rivals HyperCoaster, and it reaches a speed of 71.5 miles per hour.

The unexpected event was caught on video and the video was uploaded to Facebook. The post was captioned with, “she’s completely shocked, a little bruised but OK. Not sure about the bird?”

No one really knows what happened to the bird, but he left part of himself with Ormiston. Her body had lots of the bird’s hair all over it. 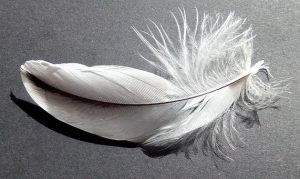 Ormiston said that she was very scared. Can you imagine if you were riding on a roller coaster, and a bird was coming, hurling towards your face?

Her uncle was with her for moral support. But can you imagine?

She’s lucky not to have broken anything or lost teeth to the bird. This is a super odd news story, and not a common occurrence either.