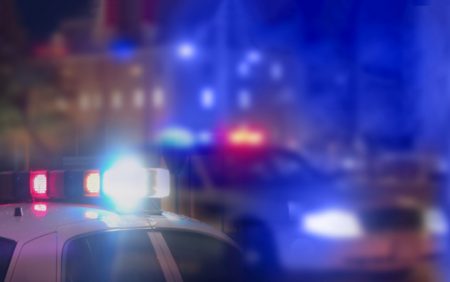 A man in a Cookie Monster shirt stole a cookie and then did not pay for it. Police called him the “Cookie Monster Bandit.” Asking for citizens’ help to find and identify this criminal.

A man gets pulled over by police, to find many things in his car. The police found a gun, an open bottle of whiskey, along with a canister of powdered uranium, and a rattlesnake in the backseat. Authorities are still unsure what he planned to do with it all…

Just as a police cam caught a man going 33 mph (when the speed limit was 18 mph) a white bird was seen flying in his face. He got off easy with the ticket; the bird was a good excuse, but he still has to pay for the damage to his car after he got wrecked from the bird and broke out his windshield.

Man Gets Jail Time For Giving A Homeless Person Oreos.

It is always good to help poor people. But this guy took it too far. YouTuber Kanghua Ren took the filling out of Oreos and replaced them with toothpaste. Then gave the Oreos to the poor person. Now he is going to jail and has to pay a big fine. Food tampering is a federal offense, even when you (might?) have good intentions.

An Oklahoma man was pulled over for traffic violation. But when the authorities looks closer, his wife was dead in the passenger seat. He said that she died in the hotel that they stayed at, so he just buckled her seat belt, and kept going on the road trip. It turns out that the wife was granted a protective order against her husband before she died.

Man Brought In Police Station For Questioning, Leaves With A Few New Bruises, And Charges…

Aleksander Tomaszewski was brought in for questioning and endured dozens of punches. Tomaszewski filed a complaint, naturally. But here’s the catch. A surveillance video of Tomaszewski’s cell reveals the 33-year-old punching himself up.

When confronted, Tomaszewski admitted that he’d hoped that the beating would release him. Instead, he earned extra charges of falsely filing a report and attempted coercion.