The birds aren’t the only ones getting drunk. Did you see my odd news story, Why Are The Birds Flying Drunk?

Well, the animals are at it again. But this time it’s raccoons, and they scared the people of West Virginia pretty bad with their antics.

The people thought that the raccoons were rabid, and that’s no joke. Rabies can infect your central nervous system and can result in disease and even death.  Though death is not immediate. Nope.

First you may get partial paralysis, agitation, hallucinations, or hydrophobia. A British man was bit and so were his two children. They were in Morocco and they had been bitten by a rabid cat and died. Yike.

But back to the raccoons!

People in the city of Milton West Virginia saw raccoons behaving weirdly and they did not hesitate to phone the police. The officers on the scene scoped out the area where they were hanging out and looked for any signs of them.

After catching two of them, they made the discovery that the raccoons weren’t rabid, but they were drunk. Apparently they were feasting on crab apples that had fermented on the trees. Because of this, they were walking around but looked like they were “staggering and disorientated.” 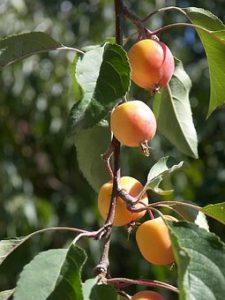 “Turns out they appear to be drunk on crab apples,” police reported to the community. The raccoons they caught were held in custody and given a chance to sober up. They were then released back into the wild.

Before they set them free, they did take a picture. The raccoon was dazed, woozy, and more than a little out of it. They named one of them Dallas.

And that was that. Dallas and the others were added to the string of drunk animals these days. The birds were drunk, now it’s the raccoons. What’s next?