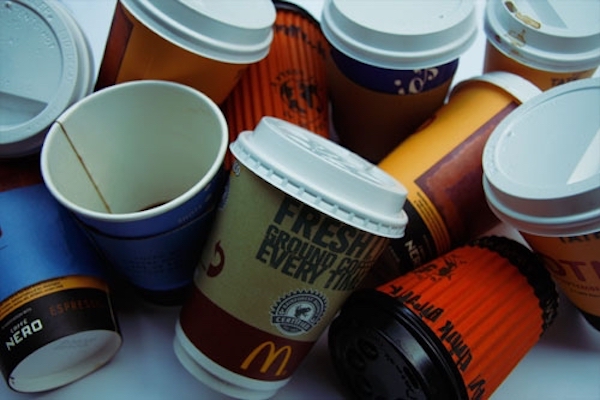 Caffeine is a major part of every human life. Over 90% of adults consume it in some way. Even those people who don’t drink coffee or tea consume it in some form. Energy drinks, pills, and even daytime cold medicines all include stimulants to keep people awake and alert.

But can too much caffeine kill a person? In moderation, caffeine is beneficial to human health, but doses to the nervous system in massive quantities can put your health at risk and can even lead to death.

In May 2017, 16-year-old Davis Cripe collapsed at school and died later in the day at a local hospital. Up until that fateful day, Cripe was a relatively healthy kid with no known medical issues. He didn’t smoke and, according to his father, “shunned drugs and alcohol.”

Before the incident, Cripe consumed a large soda, a latte, and an energy drink in just a short time span. The South Carolina coroner who performed the autopsy on the healthy teen reported too much caffeine was the official cause of death.

A classmate of Davis’s said that on the day he passed away, he “loaded up on caffeine” and allegedly chugged an energy drink just moments before passing out.

Why Do People Count On Caffeine?

The history of coffee dates back even further than people realize. Missionaries travelers, traders, and colonists carried coffee seeds to new lands. Coffee trees were planted around the world and eventually, thanks to modern technology, those trees were replaced with actual shops, and coffee makers were soon a necessary appliance in every modern home. Coffee eventually became as American as apple pie and a part of pop culture.

There are thousands of reasons people drink so much coffee. Drinking coffee is associated with a range of health benefits. It’s believed to lower the risk of cardiovascular disease and Type 2 diabetes. U.S, dietary guidelines suggest drinking three to five cups per day as part of a healthy diet. Recent studies have even shown that humans genetics play a huge role in both loving and hating a warm cup of java.

Human’s issues with caffeine consumption are relatively new and connected to the ease with which a person can buy a cup of coffee or a 5 Hour Energy drink. For most people, coffee is almost unavoidable. Take for example the fact that Seattle has 10 times more coffee stores per 100,000 residents than the United States has overall.

The problem arises when people go above and beyond this suggestion and mix a variety of different caffeine products without knowing how each will affect the body. A review of medical literature shows only 45 known caffeine-related deaths reported between 1959 and 2010. A 2017 study found 51 instances of caffeine overdose in the last few years and all the victims displayed “incredibly high” levels of caffeine in the blood.

As this article points out, it’s probably not just the caffeine at the root of the issue, but other health factors connected to why the person is ingesting so much in the first place. In the case of Cripe, the student was believed to be tired and trying to stay alert for the school day.

How Much Is Too Much?

Exactly how many coffees, Monster drinks, and lattes can be considered deadly? The Mayo Clinic states that up to 400 milligrams (mg) of caffeine a day is safe for most healthy adults. This amount is equal to roughly four cups of coffee, ten cans of soda or two energy drinks. The clinic suggests taking a look at the caffeine content in each beverage since it varies by brand.

It also should be noted that it’s not just the amount of caffeine put into the body but also the frequency. In a follow-up interview with Reuters, the South Carolina coroner explained that the “the way that it was ingested over that short period of time, and the chugging of the energy drink at the end was what the issue was with the cardiac arrhythmia.”

Many of the cases of death by caffeine overdose show coffee and energy drinks were related but not necessarily the lone cause. If you’re going to spend the day constantly sipping cappuccinos and chugging Mountain Dews, it’s important to keep in mind your own limits and recognize the warning signs of an overdose.

If this article has scared you enough to quit cold turkey, check out this list of items that will wake you up more efficiently than a cup of Joe. Suddenly chocolate at 7 am doesn’t seem like such a bad idea.