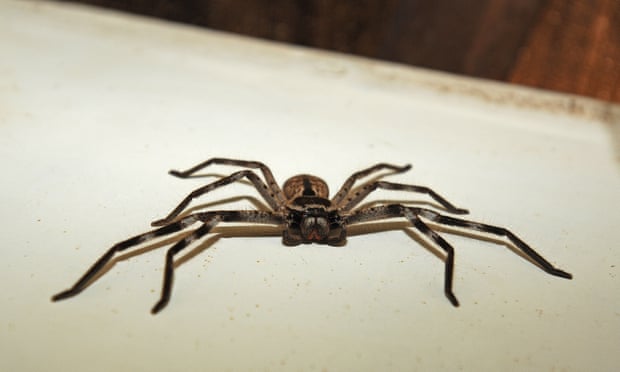 “WHY WON’T YOU DIE?!” Came from the house over and over again. The voice was furious, near-manic. Inside a small child could be heard crying. Concerned, bewildered, and a bit frightened, a passerby called the police. When the cops arrived they found the culprit at the scene of a grisly murder. The one screaming? A father of a toddler. The victim? A spider.

In Perth, an Australian man had the police called on him. The complaint? He was shouting “Why won’t you die!?” repeatedly so loud that people on the street could hear. A toddler was also screaming inside. A passerby called triple zero, the Australian version of 911, and cops arrived shortly after. The passerby admitted to not knowing the family but had seen them out walking.

The officers on the scene provided the update.

“Police spoke with all parties who advised that husband had only been trying to kill a spider (has a serious fear of spiders). Apologized for the inconvenience to police. No injuries sighted (except to spider). No further police involvement required”.

That poor spider. We’ll never know his side of the story.

Spiders in Australia can be scary as hell. The largest spiders, Giant Huntsman, can have a leg span of 20-inches. While they are venomous, it’s rare that the bite would cause hospitalization. But they will attack humans and animals and will aggressively defend their egg sacs. Arachnophobia in Australia sounds like a special kind of torture.

It wouldn’t take a Giant Huntsman to cause such a severe reaction to a spider like this one. But just knowing it’s possible gets this guy a lot of sympathy from me. I’d defend my kids from a lot of things, but Giant Huntsman might be a line I’m not willing to cross. “EAT THE BABY FIRST!” would likely be the phrase that got the cops called at my house.