It is dry, dry, dry everywhere and has been for most of the summer. We are now starting to see the effects, and this previously submerged ghost town is just a part of it.

This forgotten ghost town has been revealed from it’s spot in Utah’s Rockport Reservoir during this extreme drought. Originally, this town of Rockport was abandoned in 1957 when the federal government announced plans to build the Wanship Dam, which now impounds Rockport Lake.

At the time, the small area was home to 27 or so families and only about 200 people. The first of the white settlers came to Rockport State Park area in 1860.

The extremely low water levels have receded 29 percent and have began to expose the foundations of the old pioneer town for the first time in 64 years.

“It’s kind of sad, because of the drought conditions, but it’s a cool little glimmer to look back and see what was there,” Devan Chavez of the Utah Division of State Parks spokesperson said. “It’s helping up remember a little bit of our history.”

Devon Dewey, a drone test pilot took pictures of the site recently, and shared them on Twitter. The images reveal remnants of what appear roads and homes. 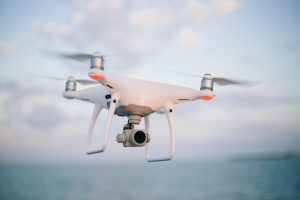 “It was really interesting to be standing at an overlook for the reservoir and to see faint traces of foundations of old homes and a road all below where the water would normally be,” Dewey said. “The whole area is pretty flat and uniform, so even though the foundations are old and mostly gone, you can still see them clearly if you know where to look.”

The water is crazy low but Rockport State Park is still open to visitors. The boat ramp has been closed temporarily.

Officials have warned that those wanting to see the site should be wary and cautious, due to muddy waters.  A local government site says that around 88% of Utah is currently in an extreme drought.