We all know drinking too much wine can lead to a whole slew of health issues. But apparently just making it without proper precautions can turn deadly, as well.

Four Italian men — all part of the same family — died last weekend near the town of Paola in southern Italy. They were taking part of their family’s annual tradition of making wine to drink with their meals over the next year.

Other family members discovered Santino and Massimo Carnevale, 70 and 50, and brothers Giacomo and Valerio Scofano, 70 and 45, collapsed on the floor of the small cellar where they were fermenting grapes. By the time first responders arrived, they had suffocated due to the carbon dioxide fumes emanating from the fermentation vat. 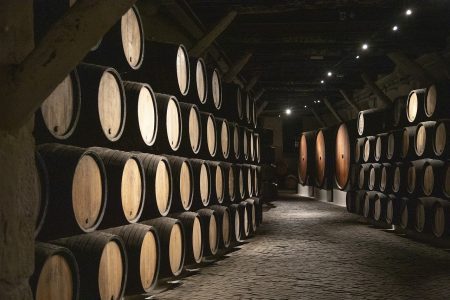 A Chain Reaction of Death

On Saturday, October 2, the men, along with their extended family, had gathered to prepare their wine stocks for the coming year. They had planned to transfer the wine from the fermentation container into smaller barrels for their own daily use.

According to local media, the police aren’t exactly clear on how the fatal events played out. However, they say that the men died most likely as they rushed into the cellar to help others.

The police theorize that one of the older men first descended into the room to stir the large vat in which the grapes were fermenting.

“According to our findings, one of the men lowered himself into the cellar to decant the wine and passed out,” said police captain Marco Pedulla.

Then, the other older man entered to help the first. The fumes overpowered him as well, and he collapsed next to the first victim.

Finally, the two younger men went into the cellar, together with a 36-year-old woman who is reportedly the daughter-in-law of one of the men. All three also lost consciousness and fell to the ground.

When emergency responders arrived at the scene, they managed to resuscitate the woman, who had collapsed near the cellar’s door. They took her to a hospital and she should make a full recovery.

Unfortunately, there wasn’t anything they could do for the four men. They had all suffocated.

The cellar where the family had placed the fermentation vat was ultimately the cause behind the tragedy. Professor Roger Boulton, from the University of California, Davis, told The Drinks Business that fermentation relies on yeasts transforming grapes’ sugars into alcohol.

The process also releases large amounts of highly concentrated carbon dioxide. According to Boulton, the CO2 the fermentation emits has a five times higher concentration than what cars or airplanes spew out.

Carbon dioxide is heavier than air, and therefore it sinks towards the floor in poorly ventilated spaces, like the family’s wine cellar. CO2 concentrations above 10% can cause a person to lose consciousness in less than a minute, reported Telegraph.

Not only that, grape juice fermentation creates a lot of CO2. The amount of carbon dioxide is about 40 times the volume of grape juice.

Additionally, carbon dioxide has no color or odor. The men had no way of knowing they were about to walk to their deaths when they entered the cellar.

Well, we say that, but winemakers have known about the dangers of fermentation-related carbon dioxide for ages. In medieval times, monks and other wine producers used a “candle test” to figure if the wine cellars were safe.

They would take with them a lit candle when they descended into the cellar. Since CO2 replaces oxygen, the candle would go out if the carbon dioxide concentration was too high.

But this test isn’t foolproof, since a CO2 concentration that’s fatal to a person isn’t necessarily enough to put out a candle. The only way to ensure the safety of a wine cellar is installing proper ventilation.

Keep that in mind in case you dabble in winemaking.

Blood Is Thicker Than Wine

The operation to rescue the men didn’t go perfectly smoothly, which may have contributed to their demise. When the emergency responders arrived, they were tailed by some local journalists.

When the other family members noticed the press, they reportedly got into a scuffle. Apparently, one of the dead men wasn’t supposed to be at the house.

According to local media, Valerio Scofano was under house arrest at the time of his death and wasn’t supposed to leave his home several miles away. The man had reportedly gotten caught while stalking his ex-lover.

The man was ready to break the law to be with his family (and his ex). If only he had obeyed the courts, he’d probably still draw breath.