A 19-year-old Michigan woman suffered second-degree burns because of her phone charger and her necklace. She was burned because the charger conducted an electrical current through her chain necklace.

The case was detailed in the Annals of Emergency Medicine, which states the risk to children and adolescents and concentrated on the safety concerns surrounding off-brand chargers. 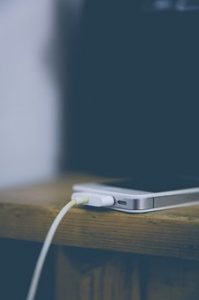 The report was published on July 17th and said that the young woman was taken to the pediatric emergency department at C.S. Mott Children’s Hospital in Ann Arbor, Michigan. The report states that she came in with a severe burn around her neck.

The report says “She was lying in bed wearing a chain necklace, with the charger underneath her pillow and plugged into an electrical outlet, when she felt a sudden burning sensation and severe pain around her neck.”

“She likely sustained an electrical injury from the charger as it came in contact with her necklace, causing a burn.”

The young woman was able to leave the hospital the same day after being given a treatment. He was prescribed antibiotics to prevent any possible infections.

Dr. Carissa Bunke, a pediatrician at the University of Michigan hospital stated that generic electronics can cause burns and electrocutions.

“Teens and adolescents are particularly at risk of injury due to their frequent mobile device use. They should be advised to not sleep with their phones or mobile devices charging in bed and avoid leaving the charger plugged in when it is not connected to a phone.”

According to the report, several off brand chargers were tested and failed basic safety testing. Technicians at phone repair and electronics stores were spoken to and could not provide more details about the risks of off brand products. The advice is stick with brand name chargers.