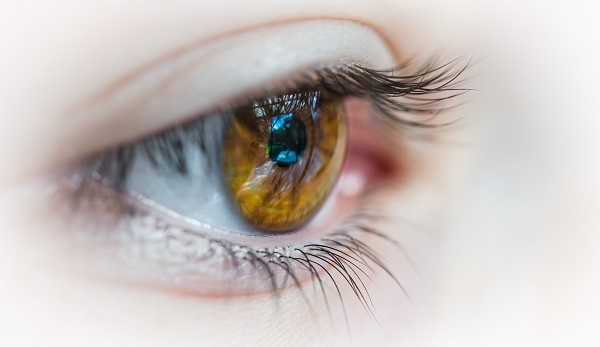 With What? Only Eye Drops. The Real Question Is Why?

35-year-old Joshua Lee Hunsucker was arrested on the 19th in Gaston County, North Carolina. He was arrested for poisoning his wife, 32-year-old Stacy Robison Hunsucker, in September 2018. Mrs. Hunsucker died in their home, though her death was originally ruled as natural causes. That was until her mother said in public that Mr. Hunsucker was cheating on her and accused him of other suspicious behaviors.

Jordan Green is an attorney for fraud investigations in the North Carolina Department of Insurance and he was in court on the 20th, according to Gaston Gazette. “We have probable cause he poisoned Mrs. Hunsucker with Visine, which caused her death,” he said. According to an affidavit, Mr. Hunsucker gave different versions of where he was before he found his wife in Mt. Holly, on September 23rd in 2018. He told investigators he was seated at the kitchen table, with his back to her, working on his computer, when he turned around and she was slumped over on the couch.

So She Died There?

Mrs. Hunsucker was rushed to a hospital, where she died. Although Mr. Hunsucker would not allow an autopsy to be performed, a blood sample was preserved which later proved crucial to the case. Not long after his wife’s death, Mr. Hunsucker got 250,000 dollars from Mrs. Hunsucker’s two life insurance policies. His mother in law, Suzie Robinson, began to grow suspicious, saying that he had secretly been dating before Mrs. Hunsucker’s death. After her outcry, an insurance fraud investigation was commenced.

Investigators interviewed Mr. Hunsucker’s co-workers at Atrium Health’s MedCenter Air, where Mr. Hunsucker had served as a lead paramedic since 2013. His co-workers said they were surprised how unaffected he seemed by his wife’s death. A test on the sample of Mrs. Hunsucker’s blood found massively elevated levels of Tetrahydrizoline, which is found in over-the-counter eye drops and nasal sprays. Her therapeutic level was about 30-40 higher than normal. This caused what Investigator Green says would have had a ‘dramatic effect on her heart, which would cause a heart stoppage in a short amount of time.’

In fact, just two weeks prior to Mrs. Hunsucker’s death, a nurse was arrested in South Carolina after confessing to killing her husband with eye drops. Mrs. Hunsucker’s obituary said that she worked for a First Baptist Charlotte preschool and was a former teacher at First Methodist Preschool, Mount Holly. Mr. Huncker is currently being held in Gaston County Jail with a 1.5 million dollar bail. His attorney, David Teddy, said the allegations him would be ‘strenuously opposed.’

We will update after Mr. Hunsucker’s next court appearance which is set for January 9th, 2020.