Hiroshi Fujiwara, 81, told police that ‘my dad says he pushed mum into the sea’.­­­ Local police is Oiso, Kanagawa prefecture in Japan were told of the incident on Friday, November 4th.

Fujiwara said that the incident took place the day before, when he and his 79-year-old, wheelchair-bound wife, Teruko, went to a pier in Oiso. It was around 5:30 p.m. local time on Thursday the 3rd.

He claims that he pushed  mum in her wheelchair, off of the pier and into the water, before telling his son what he had done. He had been caring for his disabled wife for more than 40 years.

A statement on Friday released by Kanagawa Prefecture Police’s Oiso police station said Fujiwara was arrested and taken into custody on suspicion of murder. He pled guilty and admitted to all the charges.

Around the time of his arrest, a body was spotted floating in the water by someone in the area who called police around 7:00 p.m. on November 3rd. First responders were able to pull the pushed mum from the sea but by the time she was taken to the hospital, she was pronounced dead. 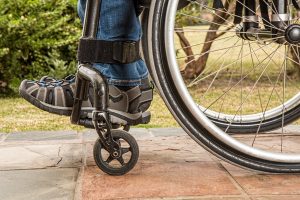 Elder abuse is a problem in Japan and the government is largely ignoring it in a population that is aging rapidly. Internet users threw backlash at the government when learning news of the woman’s death.

Japan’s population was a reported 125.7 million last year, with more than a quarter of people living in the country aged 65 or above.  The South China Morning Post reported that the proportion of residents over the age of 65 is projected to reach one-third of the population by 2050.

The pushed mum and her death comes after a survey done by Japan’s health and welfare ministry last year with a reported 17,281 incidents of physical assault on the elderly by family members in 2020.

As many as 25 elderly people have lost their lives at the hands of this abuse. Further data from Japanese welfare ministry reveals that 70% of elder abuse victims suffered physical abuse throughout their ordeals.

And at the hands of their own family, no less. How tragic.