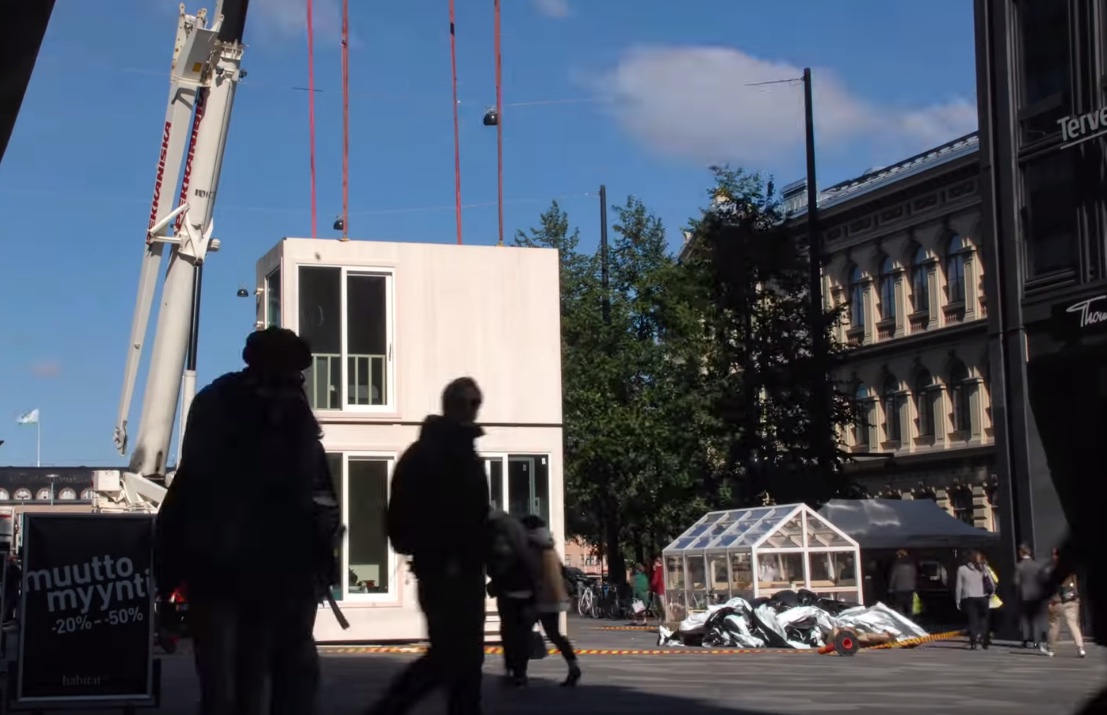 In every single major city, space is at a premium. Still, people continue to build monster buildings that take up the little land still available.

A company in Helsinki, Finland wants urban planners to rethink the way buildings are constructed and prove that a perfectly livable home can fit into a parking space. Yes, one single parking space. The result is a cool home design we hope catches on.

“The city is not designed because of humans–it’s designed because of cars,” explained architect Marco Casagrande. He’s a principal at the Helsinki-based Casagrande Laboratory, the designers of the tiny house. “All the streets in cityscapes are based on car dimensions. This I found a little bit strange. We have all this talk about the density of cars getting less and less in cities, and at the same time, we are talking about people moving into cities but we don’t have space to build. Nobody has been questioning car parking spaces. They are everywhere. So this talk about no land to build in cities is nonsense: It’s everywhere, but it’s just for cars.”

The name of the prototype is Tikku, which is Finnish for “stick”, and has a footprint slightly larger than 8 feet by 16 feet. Boasting three stories, the makeshift home has enough room for at least two people. It could also be used as office space.

Check out this time-lapse video of the micro-apartment from start to finish.

Casagrande explained that the construction process is fast and modules can be built in a factory and installed or built right on site.

Would you live in a micro-apartment? Tell us in the comments section.