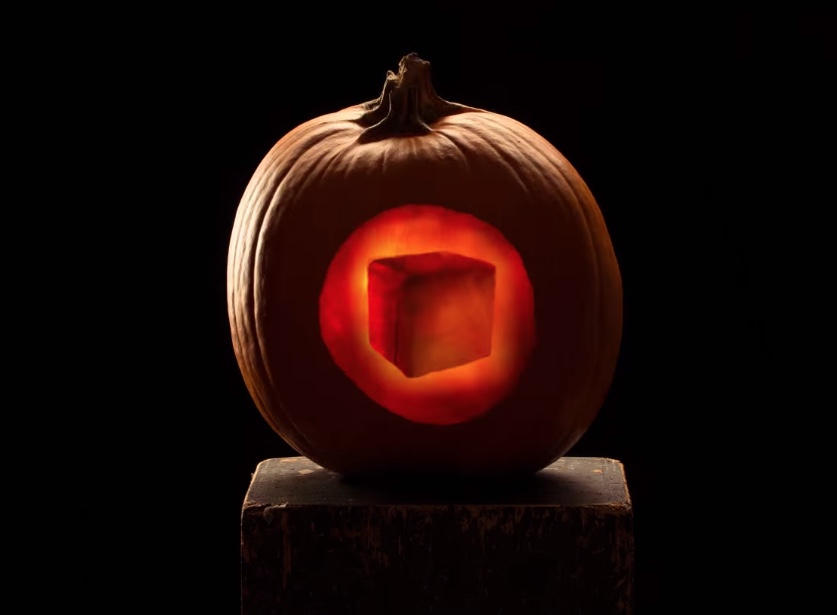 Pumpkin carving sometimes takes hours, especially if the design is incredibly detailed. These carvers went through “dozens and dozens” of gourds for one purpose – a stop-motion video – that took YEARS to finish.

Oh My Gourd is a Halloween stop-motion pumpkin carving experiment of epic proportions. The carving team found hundreds of pumpkins similar in size and they were “cut, gutted, rotated, scraped, poked, slapped, and banged to make this stop-motion animation and the music that bring it to life.”

“Many pumpkins were photographed twice. First as a nicely lit, carving-free plate. Then again after carving our designs and removing the top or back so we could insert a light. The two were then composited together to remove the lighting equipment. We re-used pumpkins where we could (fronts and backs and sometimes sides) but that wasn’t always possible.

We often projected images onto the pumpkins to improve consistency between frames, but due to each pumpkin’s unique curves, it often took just putting it in front of the camera to check alignment.”

This is the second best use of pumpkins we’ve seen this year. This is obviously the best use.