Brian Couture, 40, has pleaded guilty to initiating a false report. He has since been put on probation, given a fine of $100, and has been ordered to perform 80 hours of community service. He also has to repay what he stole.

In March, Couture called 911 to report that someone had broken into his home, entering through a sliding glass door, and that they fought before the robber was able to flee. Police found his home ransacked and spotted with blood. 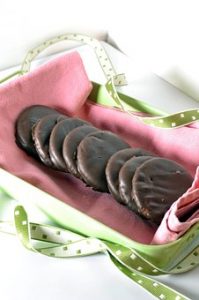 Couture told police that the assailant had stole $740 of his daughter’s Girl Scout Cookie money from a jar. Later, investigators “spotted inconsistencies” in his story and the case crumbled, according to the DA.

The Girl Scouts group is working with prosecutors to recover the money. See, no happy ending.