They say lightning doesn’t strike the same place twice. But robbers apparently sure do.

Not only did the man steal cash, he also assaulted Lopez and his wife. He did that even though the elderly shopkeeper, who gets dialysis treatment, is able to use only one of his arms, and has trouble walking, probably couldn’t put up much of a fight.

But the promise of easy money clearly made the crook overconfident. When he returned for his fourth robbery, there was a nasty surprise waiting for him. 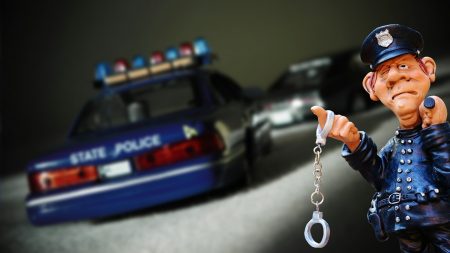 The first of the robberies happened on January 10. According to Lopez, a masked man forced his way behind the counter.

“He had a ski mask right up to his eyes, and he had gloves. This guy was a professional. He knew what he was doing,” Lopez told NJ.com.

The criminal pushed Lopez to the ground, leaving the old man bumped and bruised. He then made off with his grand prize — $10 worth of cigars.

“It’s not about the money. I don’t make a lot of money, it’s a small store,” Lopez said.

“He jumped me. He assaulted me so bad. This man took advantage of me because I couldn’t defend myself.”

Lopez doesn’t think the robberies were about money, but when the crook returned on January 15, he grabbed cash. A whole $20.

He also repeated his now routine of knocking Lopez down and giving him deep bruises.

The man came back for the third time the very next day, January 16. This time, however, the robbery played out differently.

First of all, the guy managed to take off with $180 — much more than during his previous attempts. He also left Lopez alone, because he happened to be in the backroom at the time.

But the same can’t be said about his wife. When the man started pushing his way behind the counter, Maldonado tried to pepper spray him, but the man shoved her down as well.

‘I Could Get Killed’

Getting robbed by the same guy three times in one week hasn’t been a great experience for Lopez. The attacks had left him scared to operate his store, which he has run for the past 32 years.

“I have been serving the community and I say I’ll do it as long as I live, but now I am kind of fearful because he attacked me, he attacked my wife,” said Lopez.

Although the crook hadn’t been arrested at the time, Lopez didn’t blame the cops for it. In fact, he praised them for regularly dropping by at his store ever since he reported the first crime.

But Lopez is an old man, and despite installing additional security cameras, he didn’t exactly feel safe.

“Honestly, I am really afraid, I am not ashamed to say. This guy could come any time and if I am not able to fight this bastard, I am afraid I could get killed,” he lamented.

Lopez fears came true on January 21 when the robber burst into the store for the fourth time. But this time, the end result was different.

Lopez’ son, Officer Agustin Lopez, Jr., and Officer Maurice Johnson had been keeping a regular eye on his store. On the day of the robbery, Lopez Jr. had to leave the store for a while, so Johnson — at the time off-duty — came to take his place.

“He was going to stand outside the store, but I told him to ‘come inside and sit down, but don’t let yourself be seen.’ If the [robber] sees someone out front he’s not going to come in,” said Lopez.

And indeed, he was right. While Johnson was in the back room, the robber ran in and jumped across the counter.

That’s when Johnson rushed out from the back. The robber took off and managed to run outside — right into the arms of Lopez Jr.

Together, the two police officers wrestled the man to the ground and arrested him. He did put up a fight, though, and Lopez Jr. broke his ankle in the tussle.

The criminal, identified as 34-year-old Travis Nealey, has been charged with four counts of strong armed robbery and one count of resisting arrest. The police are also investigating whether he was under the influence of drugs at the time.

“I feel much, much safer now,” said Lopez. Hopefully the old man can now run his store in peace.