Imagine you’re some kind of a small animal, minding your own business. But oh no, suddenly a predator is attacking you!

What’re you going to do? Will you run away, or will you try to attack the beast? Or will you fart your intestines out of your body?

No, that’s not something we made up. It’s a thing that happens, and it’s not even the weirdest.

Here are six ways some freaks of nature decide to defend themselves.

1) Farting Your Organs Out 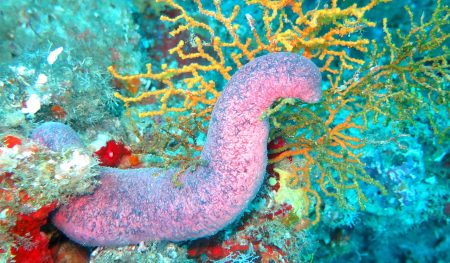 So, let’s start with the one we already mentioned in the intro. When threatened, some sea cucumbers let it rip and blow their internal organs out of their anus.

We don’t know about you, but if we were marine predators, seeing the little fleshy tube fart its guts out would probably put us off of that particular meal. But just in case, the intestines are also very sticky and often toxic as well.

Expelling your organs doesn’t sound like a great defense plan — in most cases, you’d still die. But sea cucumbers can pull off impressive feats of regeneration.

They simply grow their guts back and crawl along. Until the next scare.

2) Turning Your Ribs into Venomous Blades

You know how Wolverine from X-Men can extend claws from his knuckles? Well, he doesn’t have anything on the Spanish ribbed newt.

If the newt is attacked, it’ll start its threat display by arching its back backwards to reveal its stomach. And then it pushes its chest forward and jams its ribs right out through its skin.

It the little newt suddenly turning into a self-mutilated pincushion doesn’t scare the predator off, that’s okay. The tips of the ribs start oozing a milky venom that will cause agonizing pain, or even death.

Like with the sea cucumber, this would be a pretty useless defensive strategy if it hurt the newt. But it doesn’t — once the threat is over, the newt pulls another Wolverine and retracts its ribs before regenerating the damage. 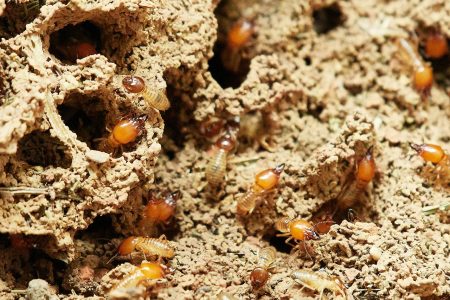 Unlike the previous ones, this strategy definitely hurts its user. One species of termites living in the French Guiana resorts to elderly suicide bombers to save its nests.

The worker class of these termites is born with a small pouch on their backs. As they age, the pouch slowly fills with toxic crystals. By the time they’re too old to work, their pouches are completely packed.

If another termite colony then attacks the nest, these elderly termites willingly run into the enemy lines. When they’re bitten, the enemy’s jaws pierce the “backpack” and their saliva causes an explosive chemical reaction that showers the surroundings with paralyzing toxins.

Of course, the explosion will also rip apart the old worker. But at least they go out in a blaze of glory doing one final service for their colony.

4) Puking on Your Enemies

The northern fulmar is a common, seagull-like bird living all around the North Atlantic and North Pacific Oceans. And when they’re threatened, they start feeling nauseous.

That’d be an understandable reaction for anyone who’s incredibly scared. But for the birds, it’s all part of their defensive strategy of vomiting all over their predators.

That’s nothing unusual for birds, but the northern fulmar has perfected its offensive puke. The fulmars produce specific kind of stomach oils that are extremely gooey, gluey, and sticky.

Not only is the stench of the puke revolting, it also sticks and soaks into the attacking bird’s feathers. With its plumage matted, the predator might become unable to fly — and even starve to death.

The northern fulmars start defending themselves by puking from a very early age. So a bird of prey looking for an easy meal might be in for a disgusting and deadly surprise.

Remember that one James Bond scene where Mads Mikkelsen’s character weeps blood? Instead of Wolverine, the Texas horned lizard decided to one up that guy.

These lizards are pretty much perfectly camouflaged into their desert environment, and are also (surprise) covered in horns. But if that doesn’t work, they have an ace up their lizard-sleeves.

The lizard squints its eyes and squirts out a stream of its own blood. They’re very good at aiming the blood and can hit a predator right in the face even five feet away.

Not only is getting suddenly showered in blood off-putting, but the blood also has chemicals that smell and taste gross. That should be enough to scare off any predator.

Oh yeah, and the lizards can pump out a third of their total blood supply out through their eyes at once. Hopefully the attacker runs away, because they’ll definitely feel woozy afterwards.

6) Doing Nothing at All 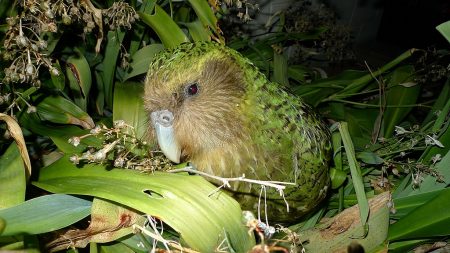 The kakapo, also called an owl parrot, is the world’s only flightless parrot. They’re also the world’s heaviest parrots, which might explain their inability to fly.

On top of their unusual physiology, they also have a rather unique defensive strategy. When threatened, the kakapo will sit down and do absolutely nothing.

It doesn’t seek cover, it doesn’t try to run. The kakapo only sits and hopes the attacker feels so sorry for it that it goes away.

This strategy actually works fairly well against the kakapo’s natural airborne predators, like eagles and hawks who can’t spot the still parrot with camouflaging plumage. But it sure doesn’t work against introduced mammalian predators, like dogs, rats, or cats.

As a result, the kakapo is a critically endangered animal. And all it can do about it is sit and stare.