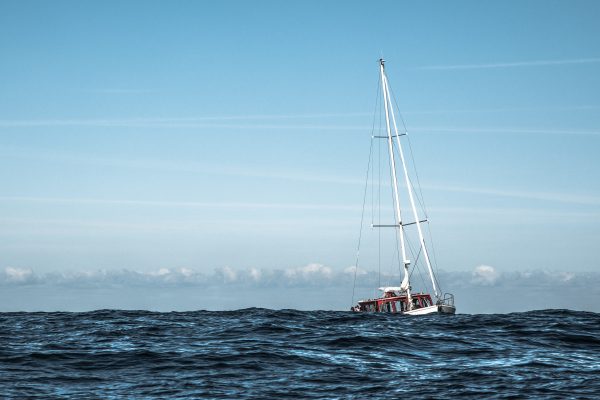 Can you imagine spending your remaining years sailing across the world? A German man did just that. He was recently found dead, and mummified, aboard his ship.

Manfred Bajorat was found towards the coast of Barobo in Surigao del Sur, one of the Philippian’s islands. He hadn’t been seen since 2009 and not heard from since 2015.

Two fishermen reported a white yacht drifting with the sails broken. When they went in they found Captain Bajorat’s mummified body in the captains quarters of the ship. There were many pictures of Bajorat and his wife and his daughter Nina.

His things were all knocked around the room, like he had a very rough journey, or had been through a storm. Captain Bajorat had been sitting with his head on his arm next to the radio as though he was trying to make one last Mayday call, in order to save himself.

There was a letter in front of Captain Bajorat to his dead wife, who died of cancer. “Thirty years we’ve been together on the same path. Then the power of the demons was stronger than the will to live. You’re gone. May your soul find its peace. Your Manfred,” his haunting letter read.

Captain Bajorat was found alone on his ship and there was no sign of struggle. They sent his body to be autopsied. The doctor said because there was no sign of foul play and the way he was laying, that he most likely died of a heart attack. The also confirmed that, strangely, the heart attacked that killed him was only seven days prior to being found.

Another world sailor told Germany’s Bild daily newspaper, ‘He was a very experienced sailor. I don’t believe he would have sailed into a storm. I believe the mast broke after Manfred was already dead.’

The captain’s body was given to his daughter, Nina, who runs a freight ship. Bajorat was cremated by relatives. So his journey came to an end. Hopefully, he’s now with his wife so they may be together for evermore.