“Too much of anything is not good for you, babe, but I don’t know about that,” crooned Barry White in the intro to one of his most famous songs. But while Mr. White might not be able to get enough of your love, the rest of us can certainly get too much of a good thing.

A 54-year-old Massachusetts man tragically demonstrated this fact in late September. In the middle of a fast food meal, he collapsed and died right there in the restaurant.

According to a case report in the New England Journal of Medicine (NEJM), the cause of death was cardiac arrest brought on by an overdose. Not that the man was on drugs, mind you.

He had simply overindulged on his favorite treat – black licorice.

Yes, we hear your confused mumbling. How could eating candy possibly kill a man?

As we said, he simply had too much of the good thing. 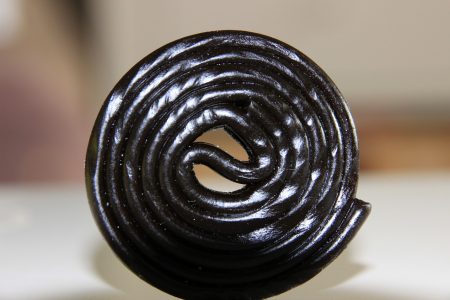 The Turn of Events

The whole thing must’ve been a nightmare not only to the man in question, but the staff at the restaurant he was patronizing. One moment he’s eating his meal, the next he’s unconscious and convulsing on the ground.

Emergency responder arrived at the scene some four minutes after the man first hit the ground, wrote Health. They gave him CPR, tried shocking his heart four times, and started giving him a variety of medications.

Among the drugs given him was naloxone, which is usually used in treating people overdosing on opioids. Apparently it’s also somewhat effective on licorice, since the man regained his “mental status” for a minute.

Unfortunately, his pulse stopped. Although the first responders took him to a hospital for more intensive care, it was all too late.

“The patient was an unresponsive, middle-aged man who had undergone mechanical CPR and had no external signs of trauma,” the case study reads.

The man suffered a heart attack and, 32 hours later, he passed on.

When the doctors started examining the man’s medical history more closely, they found something unusual. Although he had no history of chest pain, heart failure, or anything else really, he wasn’t exactly living the healthiest lifestyle.

“He had a poor diet, consisting primarily of several packages of candy daily,” the doctors report. “[Three] weeks earlier, he had switched the type of candy he was eating.”

Apparently, the man had gotten tired of eating only the kind of soft, fruit-flavored candy he’d subsisted on for a good long while. So, to shake things up, he swapped the fruit candy for black licorice.

The problem with black licorice is that it contains glycyrrhizic acid. This particular acid, once consumed, converts into glycyrrhetinic acid in your body.

What these obscure chemicals do is that they ruin the body’s ability to maintain its potassium levels, reported LiveScience. With crashing potassium levels come a slew of other health problems, including high blood pressure and irregular heart rhythm.

And that’s just what happened to the man. Despite him getting treatment to restore his potassium levels, his heart just couldn’t take it in the end

Hm, anyone else suddenly feel like having a banana?

The death covered here is an extreme case, but excessive licorice consumption is not without its risks. According to the US Food & Drug Administration, consuming two ounces of black licorice every day is enough to land someone in a hospital by causing irregular heartbeat.

In 2019, another case surfaced where a taste for licorice ended up with a trip to the emergency room. In this case, the victim was an 84-year-old man, who enjoyed licorice tea.

The man had one or two glasses of the beverage a day. As a result, his blood pressure crashed to catastrophic numbers.

Luckily, though, this man was luckier than the poor soul from Massachusetts. With prompt treatment, he was able to pull through.

So, what, should we all just stop eating licorice now? Of course not, but – just like with everything else – remember to enjoy this treat in moderation.

FDA recommends people of all ages to avoid consuming large quantities of licorice at one time. Additionally, many products marketed as “licorice-flavored” don’t actually contain any licorice at all.

If in doubt, better to check the label and nutrition facts. But in any case, as long as you moderate, there’s no harm in treating yourself to some licorice.

Just don’t pretend you’re Barry White and the licorice is your love, babe.