People will do strange things for money, fame and recognition, from sticking toothpicks into their beard to piercing coconuts with one finger. Being pummeled in the face by the most wet sponges in one minute is definitely one of the more bizarre world records and until recently it stood at 76.

Then along came a 35-year-old Idahoan David Rush, who crushed the record by receiving 92 wet smacks to the face within a 60-second time frame. That’s… An achievement.

Aided by his neighbor Jonathan Hannon, Rush had 106 sponges flung at him, of which 96 connected with his body. Unfortunately, four of them had be disqualified for not being clear face-shots.

Earlier this year the pair broke the 30-second version of the same record. At that time, Rush took 43 sponges to the face, meaning that he more than doubled that amount when taking the record up to a while minute.

Whether Rush got better at aligning his face or Hannon’s throwing arm got more accurate, the story doesn’t tell. But they definitely improved. 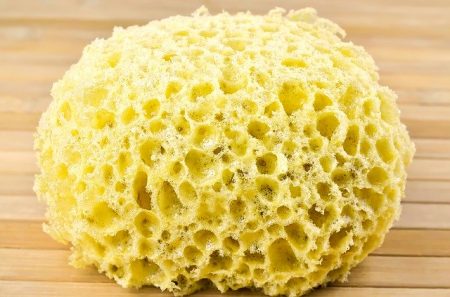 In fact, the word ‘improvement’ is the key word behind Rush’s strange world record attempt. He didn’t go for it – at least not solely – for personal glory, as he explains in a video he created for the Ada Community Library Summer Reading program.

He firmly believes that a person can better themselves if they just set their mind to it. “If you believe in yourself, set your mind on a goal and pursue it with passion, you can accomplish virtually anything,” Rush says.

With this attitude in mind, Rush has in the last five years gone from holding no records whatsoever to claiming a whopping 150 Guinness-recognized world record titles.

Other records he’s broken include the most Hanetsuki (a Japanese ping pong-like game) hits in one minute and the most ping pong balls bounced into a pint glass within a minute. And he does it all in the name of science.

Rush uses the publicity he gains from his continuous quest for world records to promote STEM – science, technology, engineering and mathematics – education among both young people and politicians making educational decisions. He particularly targets those pupils and students who believe they don’t have what it takes to excel in sciences.

“I’ve been able to talk to thousands of people about the importance of STEM education, what role it plays in our lives, and to tell people to believe in yourself and – when doing your math homework – to not have that inner dialogue that says ‘I can’t do this’. There are studies that show that if you don’t believe you can get better… You will not get better.

“But if you believe that you can get better and you can get the help you need, you can do it,” he says.

Rush uses his own experiences as an example in his talks. When he was in the second grade, he applied to a program for gifted students. He didn’t get in.

“I just wasn’t smart enough. In the fifth grade I tried again, but I only got in for math. Does that mean I couldn’t be good at science, history, languages or literature?” he asks.

He decided to answer the question himself. By the time Rush graduated from high school, he had taken advanced placement courses in all of these subjects and was offered admission into MIT.

“But what if I’d believed in second grade that I wasn’t smart? If I’d let a test define me, to tell me that I failed?” he asks. It is this kind of thinking he wants to discourage in young people.

How the Records Began

But how does a man decide to approach STEM education problems by breaking bizarre world records? Rush explains that the method stems from a childhood hobby.

Rush has been an enthusiastic juggler since he was eight. “I’ve been promoting STEM education for the last ten years or so. I’ve been using juggling as a hook and I thought, what better way to encourage students to pursue challenges and push themselves to the limit than by breaking a Guinness world record title,” he says.

He decided to break the record for the fastest mile run while juggling, also known as “joggling.” He trained for more than two years, during which he ran more than 2,000 miles while juggling. He even finished a marathon like this.

“I went on one last juggling run, and I hurt my knee. I couldn’t run anymore. I went to the doctor, got x-rays, got an MRI, got a second opinion… They couldn’t figure out what was wrong with my knee but it hurt so bad I had to stop.”

At this point, Rush felt like giving up. But doing so would’ve gone against everything his project was supposed to be about.

“Even though you set our mind to a goal, the outcome might look a little bit different than what you previously expected,” he muses. “So instead of giving up, I decided to pivot to longest duration blindfolded juggling. I’d spent so long doing the basic three-ball cascade juggling move while running that I could literally do it with my eyes closed.”

After several more months of practice, in October 2015 Rush finally claimed his first world record by juggling with a blindfold on for six minutes and 34 seconds.

Since then, he’s claimed many more titles and even appeared on TV. He joined ex-NFL player and actor Terry Crews on America’s Got Talent where they tried ripping t-shirts off of themselves in record time. While Crews is used to posing shirtless, Rush soundly beat him in his own game.

And that is the message he wants to give to aspiring STEM students. That with training and hard work, they can excel in their chosen subject.

“Failure is simply an opportunity to improve,” he says.