There’s been a lot of talk of potentially fatal alternative medicine lately. Here’s another story to add to the pile.

Nobody was intentionally eating toxic amounts of farm animal deworming drugs this time, though. Instead, this Chinese man decided to shove an entire live eel up his ass.

But let’s start from the beginning. The hero of our story is a man from Xinghua, who had been suffering from constipation.

Last July, in hopes of relieving his condition, he decided to turn to some inventive solutions. You see, there’s a Chinese folk belief that eels can help with bowel movements.

He took a nearly eight-inch eel and proceeded to insert it into his anus. That’s when things took a turn for the worst. 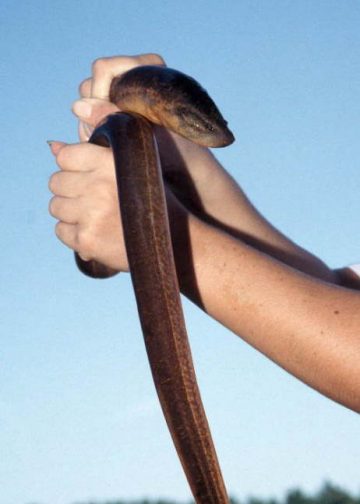 Eels are notoriously slippery fish, and this man found it out the hard way. Instead of relieving his constipation, the eel slid entirely into the man’s rectum.

And if that wasn’t enough, the fish proceeded to go slightly nuts and chewed through the man’s intestines, ending up in his body cavity. We can only imagine the agony the guy must’ve been in, but he still didn’t seek medical attention until the next day on account of being embarrassed.

The doctors removed the eel in an emergency surgery. Oh yeah, and the fish was still alive when they pulled it out.

According to the doctors, the man nearly lost died in the ordeal. Unsurprisingly, having an eel coated in fecal matter squirming around in your stomach can lead to a fascinating number of infections.

Lucky for him, the man made an “uneventful” recovery. Maybe he even learned a lesson.

Try as we might, we couldn’t find out anything about how this eel remedy for constipation is supposed to work. We want to believe that you should eat the eel, but apparently an eel enema is a more popular approach.

We’re saying that because this was far from the first time Chinese doctors have had to pull eels out of people’s anuses. And in some cases, they’ve waited far, far too long to go to a hospital.

Take for example a 49-year-old man from Guangzhou, identified only by his last name Liu. In 2017, he showed up at the Guangzhou Dongren Hospital, complaining about intense stomach pain.

What he didn’t tell the doctors was that he’d tried the eel remedy as well. They only found that out when they pulled a still-living Asian swamp eel out of the man’s stomach during an operation.

Like in this most recent case, the eel had torn through Liu’s intestines and messed up his guts, said Dr. Zhao Zhirong.

“We opened up his stomach and saw the eelamongst his feces and food debris,” Dr. Zhirong explained. “When we asked the patient after surgery, he said the eel swam up by itself. But he later admitted that he put it there himself while following a folk remedy for bowel obstruction.” 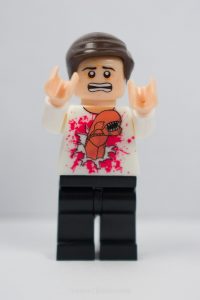 But another man topped even this stunt in January 2020. As soon as he got to the Jiangsu Provincial Hospital of Traditional Chinese Medicine and told the doctors about his stomach pain, he went into a septic shock.

In a CT scan, the doctors found not just one, but two eels in his abdominal cavity, one of which was still alive. In this case, though, the guy late said he’d swallowed the eels, so… We suppose that’s better.

After each case, doctors emphasized that there’s no scientific evidence that an eel up your butt could relieve constipation. We can’t believe that needed to be said out loud, but here we are.

But what should you do if your suddenly find yourself unable to have a bowel movement? For the sake of public service, here are some options that don’t involve inserting live fish inside your body.

An obvious solution could be an over-the-counter laxative. They’re available at practically any supermarket and pharmacy, and should get your pipes cleared.

If you’d rather try a more natural remedy, you could eat or drink something with a high fiber content. Good options here are prunes and prune juice, spinach, and apples.

Of course, the best cure to any ailment is preventing it from happening in the first place. Regular exercise, drinking plenty of water, and maybe investing in a Squatty Potty can all help you poop regularly.

If you’re in doubt, though, just go see a doctor. It’s nothing to be embarrassed about — like the famous book says, everybody poops.

And love of all that is good, see the doctor before an eel has chewed up half your internal organs.