MIT's pranks show its love for pop culture both inside and outside Lobby 7, the main entrance, with special attention shown to The Great Dome. It's latest prank shows tribute to Avengers: Endgame. Here is a list of some of the best MIT pranks from throughout the years!

One of the earliest ones, dating back in 1994, is Jurassic Park themed. They put a dinosaur banner over the center of the lobby 7, the main entrance, skylight. Perhaps in hopes of keeping raptors away with the giant silhouette of a T-Rex across the ground? 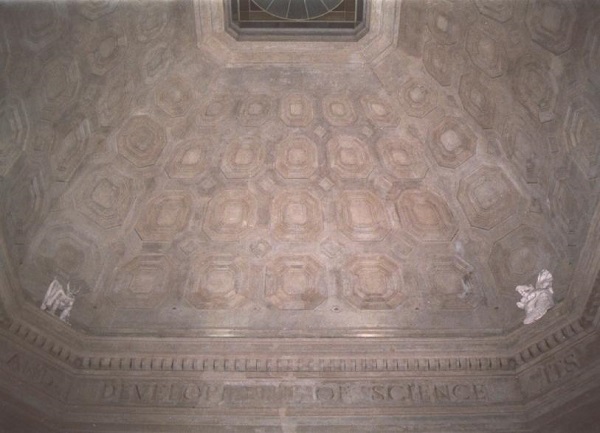 In 1997, just a couple of years after the ‘Jurassic Spotlight,’ the pranksters put gargoyles in Lobby 7. Two were traditional; One resembled winged Dilbert from the comic strip, another resembled the MIT mascot, a beaver with added wings. Starting six feet high and three feet wide, the gargoyles were fairly big and actually well detailed. 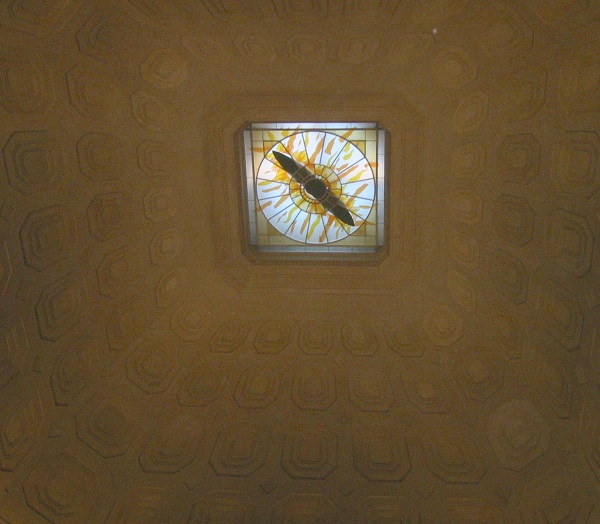 Sauron sees... from the abyss! Or the ceiling.

In 2002 they did another skylight prank, adorning it the Eye of Sauron. This was corresponding with the release of The Lord of the Rings: The Two Towers. Just the picture is creepy. Looks like it's following you everywhere you go... 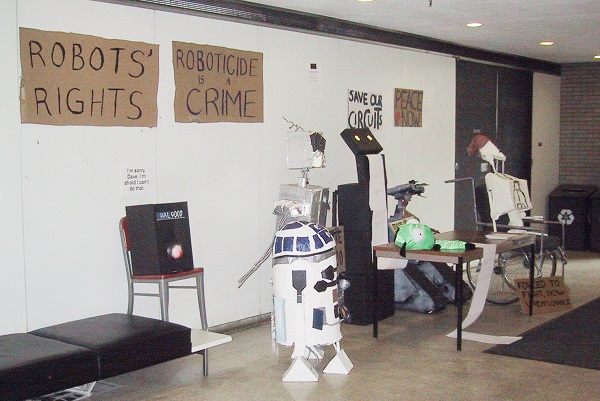 Robots are people too!

Almost two months after the Sauron prank they put R2D2 and a disabled veteran Battle Droid from the Star Wars movies, K9 from Doctor Who, Hal 9000 from 2001: A Space Odyssey, Johnny Five from Short Circuit, and GIR from Invader Zim. All were holding different banners with slogans like “Save our circuits” and “Robots are people too” that protested for robotic rights. Some even had references to their movies, 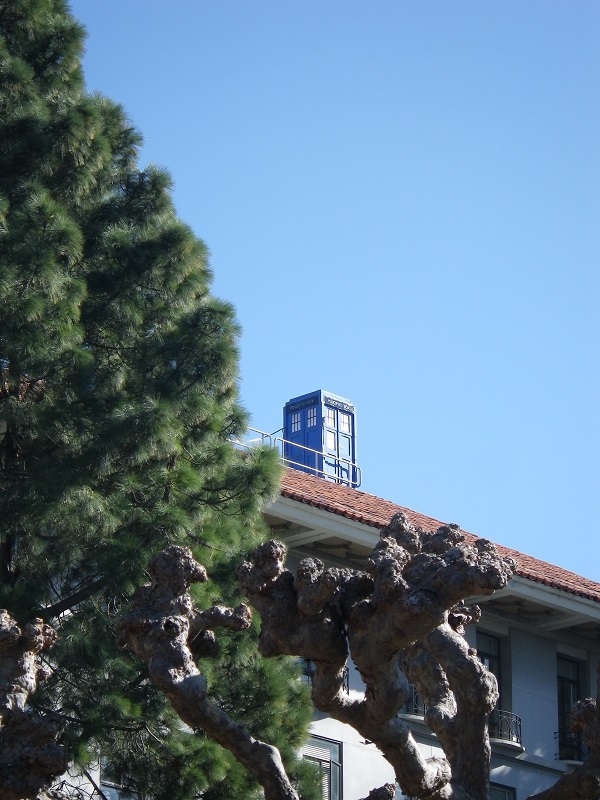 Now's your chance to become a companion. Are you ready?

In 2010, the TARDIS was found on the Great Dome. It was spotted again in 2011, only a couple months later. The TARDIS again appeared, this time on the Stanford Engineering building in March 2011. The sign that accompanied it gave detailed instructions on how to disassemble the time-traveling device to relocate it for future pranks. 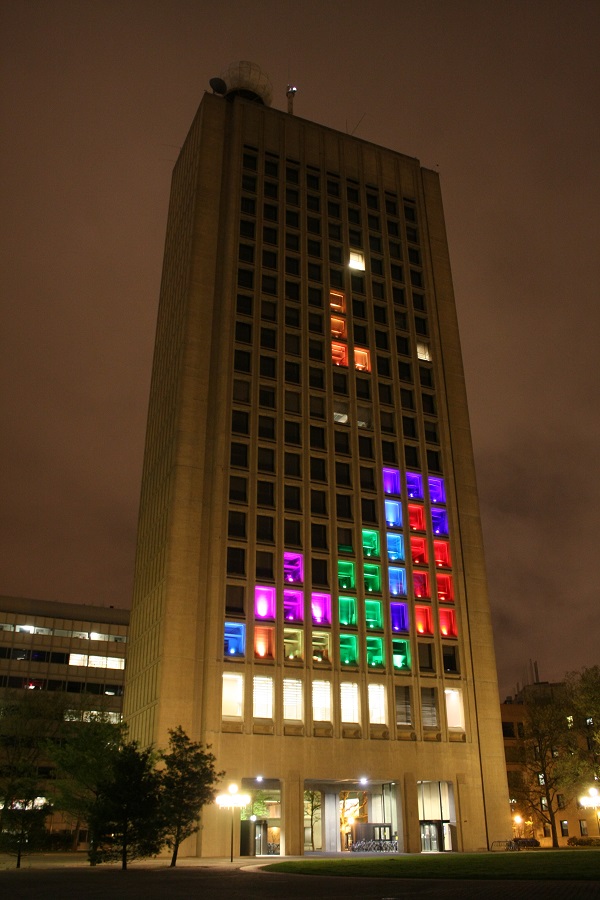 Rotate it! Rotate it! Man, just give me the controller...!

In 2012, they “finally turned the green building into Tetris!” As a student wrote on hacks.mit.edu. It was supposedly playable. They made each level different; It started with the word “TETRIS” across the green building, where they projected the game. Then, they started the first level. As you progressed into the second level there were more colors which got paler, making it harder to identify the bricks. In the third level, the bricks started changing colors, while in play. When you lost the blocks fell to the bottom of the building. They’d been talking about doing this since 1993. You can see the video for your self on YouTube at https://m.youtube.com/watch?v=9-E4CotRc-8 or https://m.youtube.com/watch?v=IAIPUGO1iko 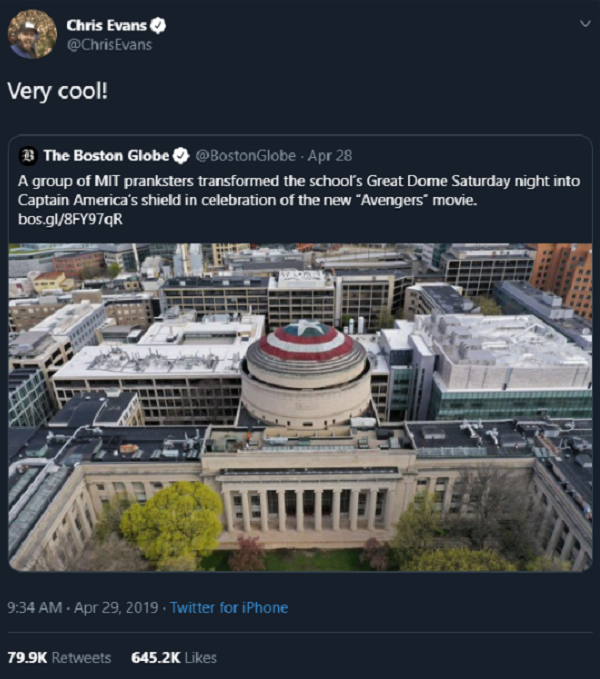 Even Captain America loved this prank!

Last but not least! As a tribute to the Endgame movie that recently hit the theaters, the pranksters at MIT put a Captain America shield on the Great Dome for drones to see. That’s not even the best part! When released on the internet, Chris Evans, the actor for Captain America, tweeted his approval! How cool is that?

Source
Be sure to head over to hacks.mit.edu to see a near complete list of pranks from MIT's student body!