Of all the things you could smuggle in, you would think you wouldn’t choose something uncomfortable, you know? Not this lady though, nope, she smuggled cacti.

New Zealand authorities have sentenced this woman for the smuggling.

Wenqing Li, 38, pleaded guilty to violating biosecurity laws after getting caught, twice, with plants and seeds at the Auckland International Airport. She had just returned home from a trip to China, according to New Zealand’s Ministry for Primary Business Industries.

Li’s sentence was intensive supervision for 12 months, and 100 hours of community work.

The smuggled cacti incident took place on March 24th, 2019. Li had just under 1,000 succulents and cacti, in stockings, attached to her body. 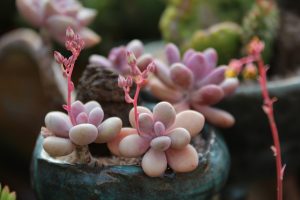 The smuggled cacti included eight endangered and threatened species. Li tried to get rid of them at the airport in the toilets, after attracting attention from a detector dog.

In another incident on July 23rd, Li was found in possession of 142 seeds hidden in the packaged iPad covers in her luggage. She also had pot plants and ornaments, which contained a snail and a piece of tree fern .

They were found wrapped in moldy, wet paper, which was noted as a potential source of disease. New Zealand was not the place to try to smuggle cacti and succulents, as the island nation has some of the world’s strictest biosecurity laws to protect its agriculture and biodiversity.

“This sentencing serves as a good reminder that anyone who smuggles plants or other endangered species into New Zealand can expect to be prosecuted,” said Simon Anderson, the investigations manager for the MPI department’s northern region.

“Biosecurity New Zealand takes its role of protecting New Zealand from biosecurity threats very seriously. Our country is fortunate to be free of many of the invasive pests and diseases found in other countries.”

Authorities say the woman was a trader and seller of succulents on TradeMe, a classified website similar to Craigslist.