1The father who recreated his son's selfies 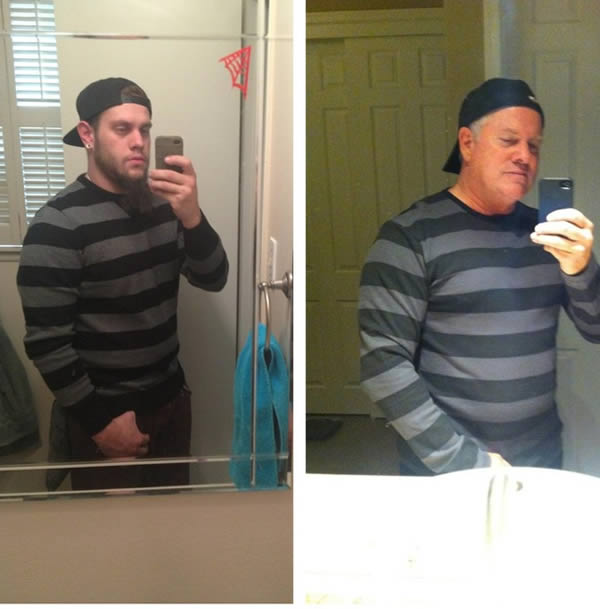 This dad is looking for laughs—he dressed up exactly like his son, complete with a striped shirt and backwards baseball cap. The photo was uploaded by the son's friend and Redditor JPLV. It amassed over 800 comments varying from “best dad burn ever” to “a dad burn goes a little deeper than a burn from a friend/stranger." 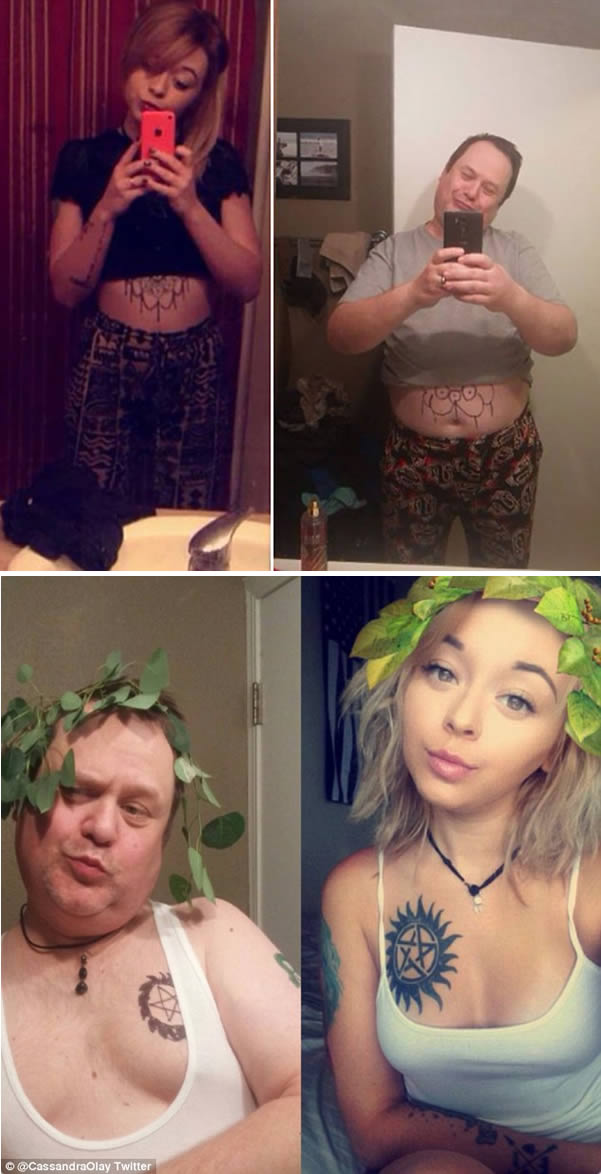 This dad doesn't get mad; he gets even on Instagram! The prankster pop has found a hilarious way to stop his teen from taking sexy selfies—by recreating them himself in full dad-bod glory. 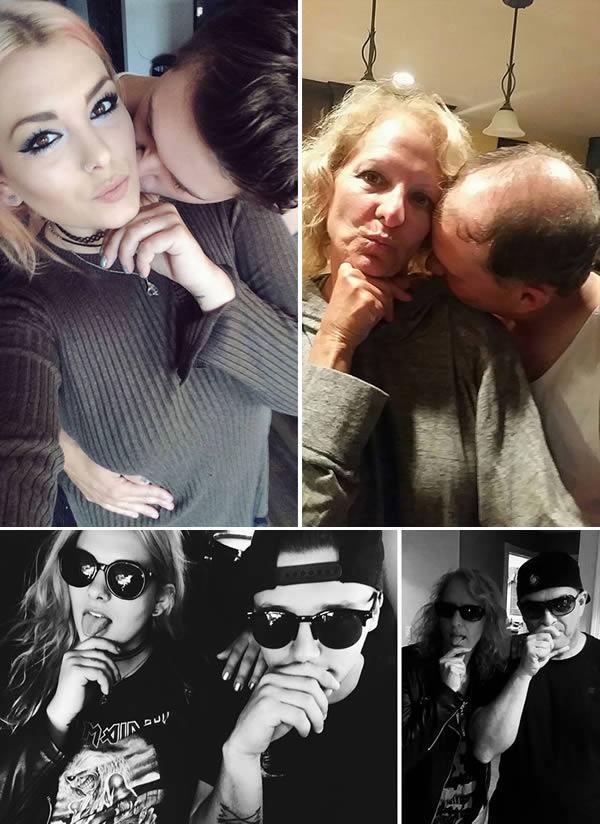 When college student Emily Musson started sharing selfies taken with her boyfriend on Facebook, she underestimated just how funny her parents can be. Now, their hilarious parodies of her selfies have gone viral, much to her chagrin. Musson's response was less than enthusiastic; “My parents r actually on drugs or something,” she tweeted. “I mean I guess it's funny but not like 30k favs funny.” 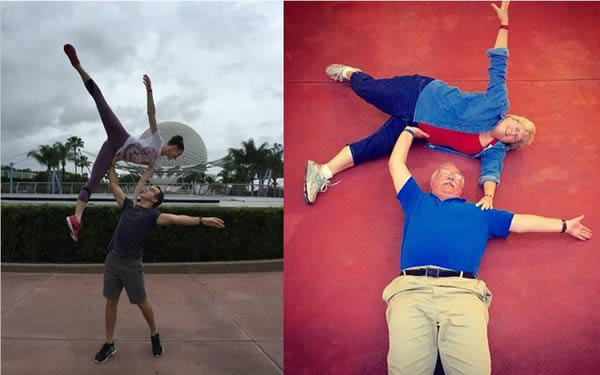 These kids went to Disney and tried their best to take the perfect picture. Their grandparents tried too, but weren't as flexible. 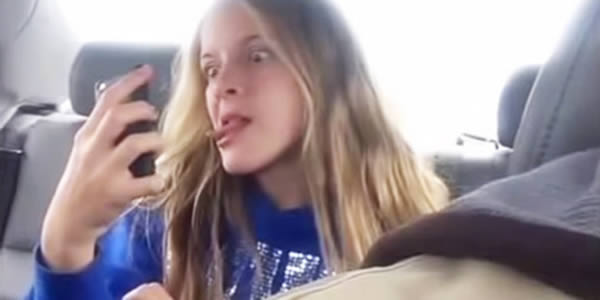 Rob Beckham realized his daughter was in the midst of an epic photo shoot of her own creation when he noticed a lot of movement in his rear view mirror. After laughing for a minute or so, he realized he needed to capture it for posterity. The video had over 4.5 million views and counting.

6The entire family who decided to recreate one guy's selfie 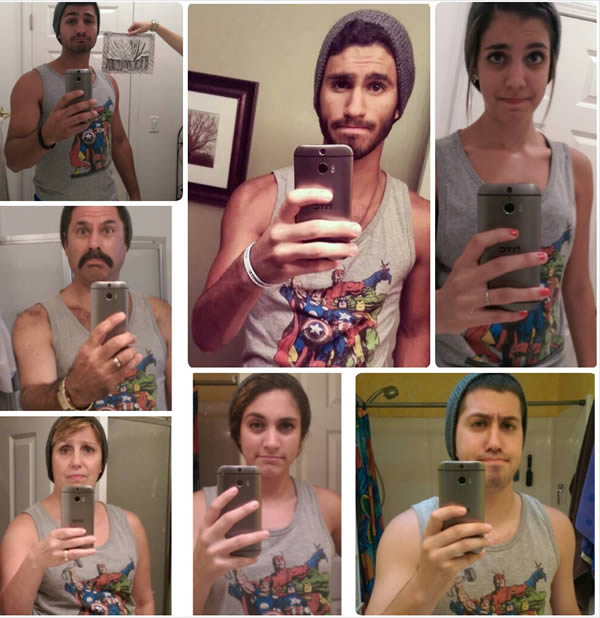 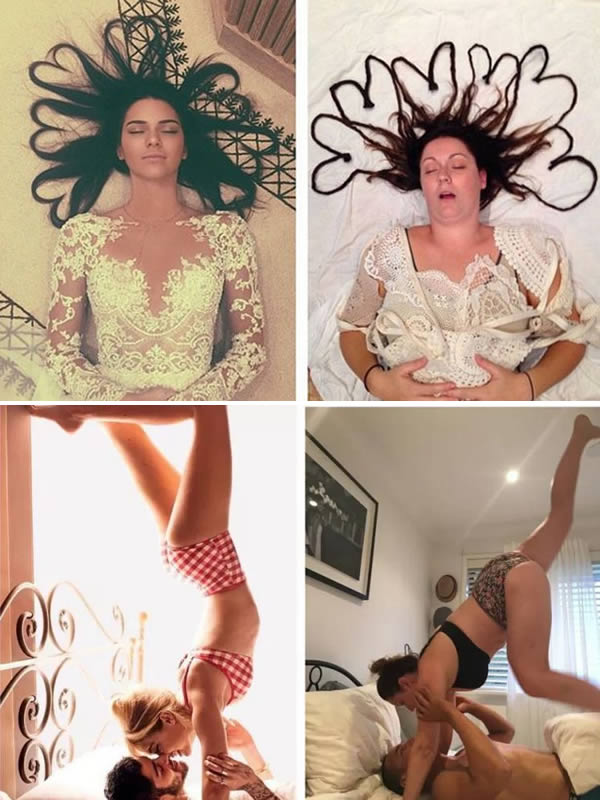 Do you ever look at celebrity Instagram accounts and marvel at the perfectly posed photos they post? Australian comedian Celeste Barber does, and has now dedicated her own Instagram account to hilarious recreations of celebrity photos. Having previously recreated photos—including Kim Kardashian's famous nude selfie—she's at it again with a new round of copycat posts.

8The guy who recreates the photos he sees on Tinder 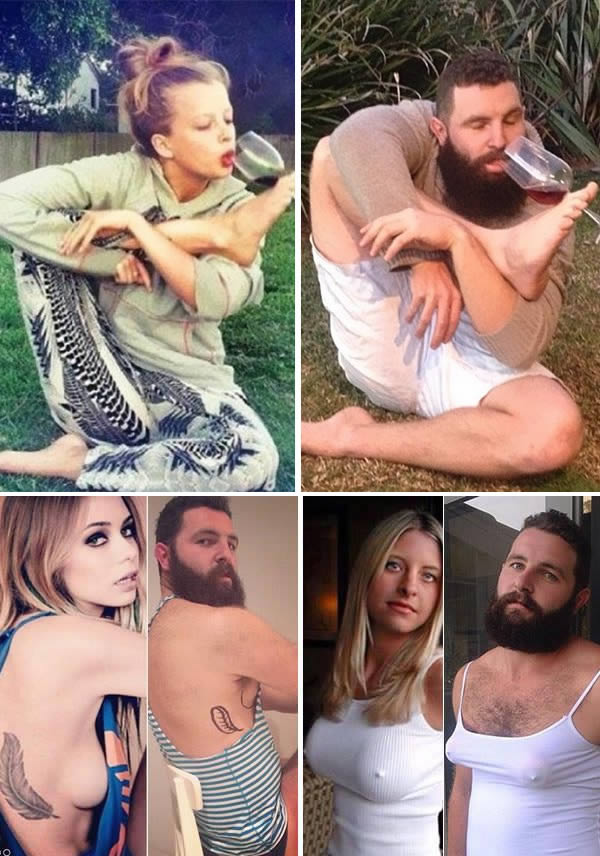 Burly and bearded Australian Instagrammer Jarrod Allen, known by his more than 18,000 Instagram followers as @Tindafella, has acquired a taste for public humiliation (both his and others). He takes women's portraits and selfies that he finds on Tinder and recreates them, often with hilarious results.

Dalton Ross, a 22-year-old student from Nashville, recently moved to London to study abroad. After getting settled in his new dorm, he realized he hadn't spoken to his mom, Susan Talley, in a while. Instead of sending her some flowers or a video message, he sent her something more memorable. He ordered a 5'2" dimensional cutout from Fathead, an online company that specializes in life-size graphic printing. But what his mom did next with the cardboard version of him is not what he expected.

Inspired by her son's sense of humor, she decided he needed to hang out with her in her everyday life. Talley took her cardboard son with her around town and snapped photos of their adventures. They even went to a basketball game together and cheered on his little brother.

His mom even set him up on a date with Barbie and tucked him into bed. She took photographs of everything and posted them for our amusement. 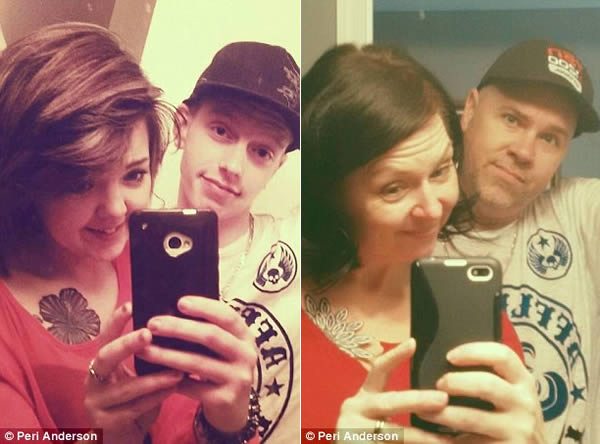 A father has taken the internet by storm by expertly recreating a selfie his son posted on Facebook. Peri Anderson, from Ottawa, Ontario, came up with the idea to reenact the photo of his son Joshua, 20, and a female friend, after reading an article about parents copying their kids' selfies.

In his imitation, which he shared on Twitter, the elder Anderson strikes a pose with his wife Deborah, Joshua's step-mom. He smirks while wearing his son's gray T-shirt and black baseball cap. In the foreground, Deborah holds the smartphone with both hands, and wears a sticker on her chest to emulate the floral tattoo sported by Joshua's friend Sammy in the original photo.