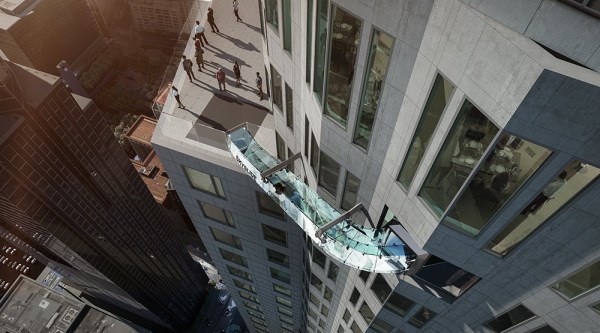 About a thousand feet above downtown LA, a transparent glass slide attached to the side of the U.S. Bank building lets riders glide from the 70th floor to the 69th. The Skyslide is the latest component in multi-million dollar renovation of the top floor of the building, which—at 1,018 feet—is currently the tallest building in the U.S. west of the Mississippi.

To ride, you board a gray mat and pull it up over your feet and scoot yourself over the precipice. Only one person can go at a time. The ride is 45 feet long but takes only a few seconds. Before you can get a proper scream going, you're launched out onto a safety mat on an outdoor deck on the 69th floor.

This slide gets an "oh, hell no!" rating from us, but if you're in LA and try it, let us know how you fare.

2An unusual homage to a real-life tragedy

Time + tragedy = fun, fun, fun! That is what you think it is, folks—a sinking Titanic slide and they are available to rent for any backyard barbecue or birthday party worldwide. However, the slide has been banned in the Swiss town of Ibach. It was pretty popular with visitors at a local fair, but some members of Switzerland's Titanic Club were outraged. Spokesman Gunter Babler said, “Is it ethical to let kids slide down the decks of a blow-up Titanic? Hundreds of people died sliding down those decks.” One fair visitor agreed: “It's pretty sick. It's like having a bouncy graveyard. No one could forget that scene from the Titanic movie with all the people sliding down the decks to their deaths. It's very insensitive.”

3A slide invented for saving lives 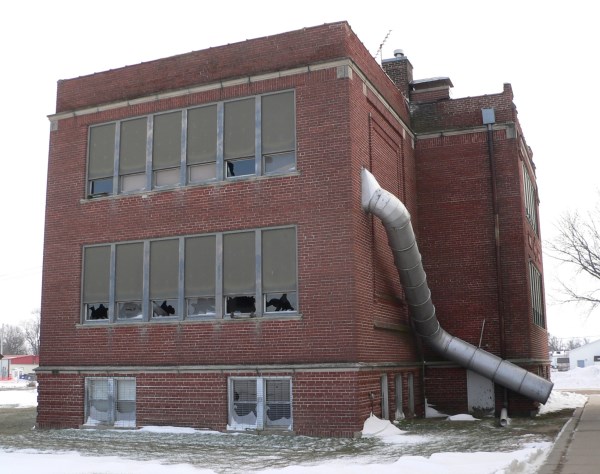 This slide is less about fun and more about saving lives.

A multi-story building in Shanghai now has a high-rise evacuation slide that promises a 14 second-long escape. It can be attached to the banister of any staircase and is deployed with the simple push of a button.

Inventor Zhou Miaorong described it as “safe, rapid, simply constructed, easy to use, and economical in cost." 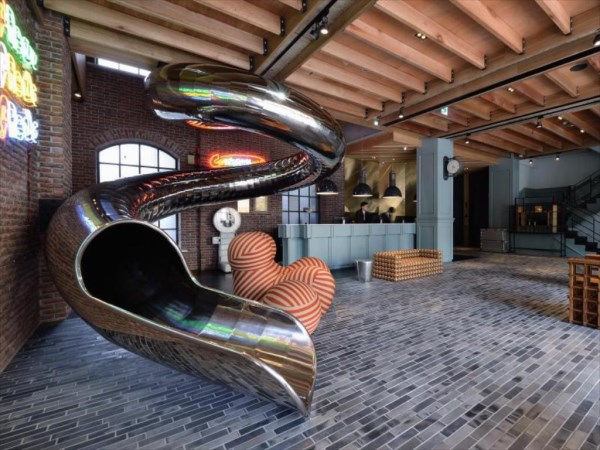 The slide consists of 102 stainless steel sheets and building it was no mean feat, according to Manager Steven Wu, who designed it. "When it was transported to the hotel, it was divided into four major segments. We asked five craftsmen to make it before we found someone who would do it. That's how difficult it was."

Despite the obstacles, Wu says it was worth it. "With the stainless steel and accompanying neon lights, it becomes a tunnel which brings back memories of childhood. I truly believe that the slide is not simply for fun, but rather it is a symbolic object reserving time and space for travelers." 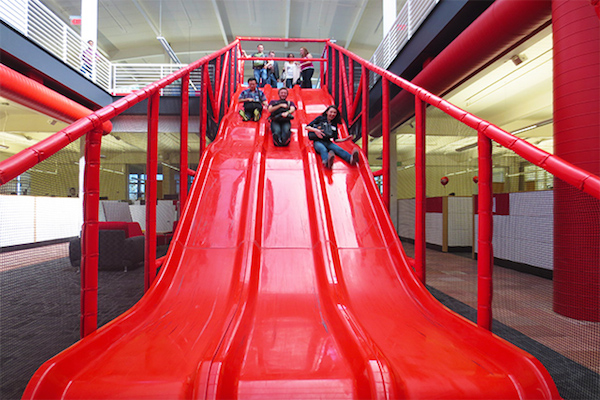 Tech companies are known for their perks, but YouTube's main offices, located in Silicon Valley, take the cake.

YouTube (which is owned by Google) opened up its headquarters in San Bruno in 2011 and when the team expanded to the top floor of its building—it was previously occupied by The Gap—they immediately added this amazing three-lane carnival slide.

6A cliffside walkway and slide in the Czech Republic 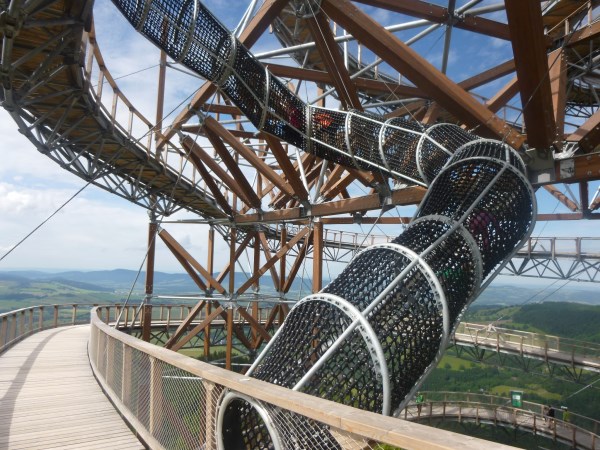 The Dolní Morava Sky Walk is located a nail-biting 3,600 feet above sea level, hangs over a steep incline and is NOT for the faint-hearted. But, if you're an adrenaline junkie, the views from the Králický Sn?žník mountain in the Czech Republic are well worth it. And, if you feel like you want your feet firmly back on solid ground, you can also plummet down a 330-foot slide within its core.

The Sky Walk is the brainchild of Fránek Architects. The structure's wood and steel walkway is designed to blend into the natural environment rather than clash with its surroundings. 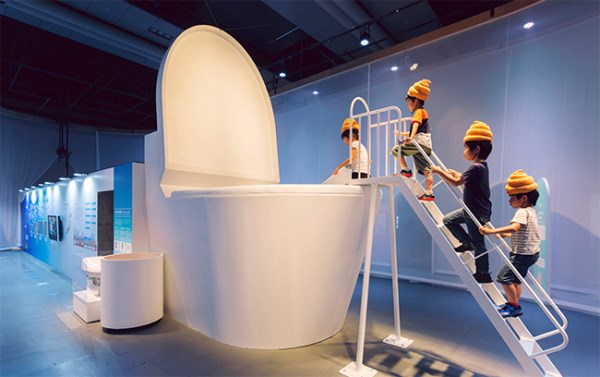 In 2014, the National Museum of Emerging Science and Innovation in Tokyo installed a toilet shaped slide to raise awareness about pressing sewage disposal issues worldwide. Kids donned hats shaped like poop and rode the slide that was housed inside the giant toilet, simulating the journey of human excrement. Weird for sure, but educational—and kids love this sort of stuff!

8One of the most dangerous water slides ever built 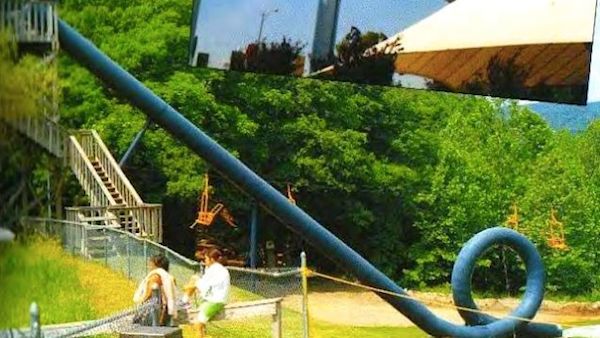 The Cannonball Loop, once featured at New Jersey's Action Park, was open intermittently during the summer of 1985 before being shut down by the New Jersey Carnival Amusement Ride Safety Advisory Board. Only a few brave souls ever rode it, many of them park employees who were bribed into testing it. The 45°-angle, 15-to-20-foot drop loop was— according to a park employee—"the brainchild of some Swiss guy they imported on a week-long visa."

Test dummies subjected to the water slide allegedly came out missing limbs. Of those who tried the loop, few went back for seconds. Some people would get stuck inside (luckily, the loop came with an escape hatch) and those that did make it through made it with a decent amount of bumps and bruises.

Actual footage of patrons riding the waterslide begins at 8:17: