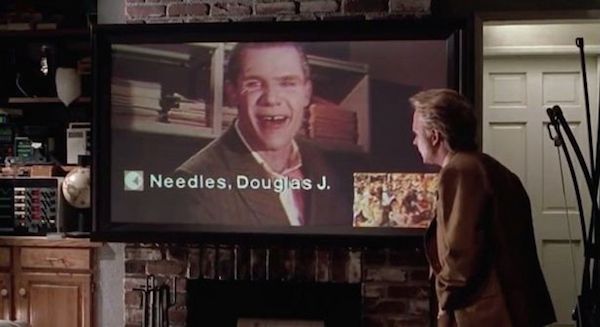 1989's Back To The Future II pretty much knocks it out of the ballpark for predicting things that have come to pass. While we still don't have anything close to levitating cars, double ties or rehydrated food (at least nothing as complex as pizza), here's a partial list of what the film got right:

• 3D movies and sequels: Thankfully, there's been no Jaws 19, but movie franchises are a big deal in 2016, and many big animated and/or action films have been shot in 3D.
• Handheld tablet computers: The scene where a member of the Hill Valley Preservation Society holds out a tablet for Marty to sign to save the clocktower is likely electronic (and a clunky precursor to the iPad).
• Auto lacing sneakers: Nike is releasing a limited edition version of Marty's Hyperdunks, inspired by the shoes he wore in the film.
• Drones: They don't walk our dogs like they do in the movie, but they are becoming more prominent in the consumer market.
• Video conference technology/Flat Screen TVs: See the photo above. 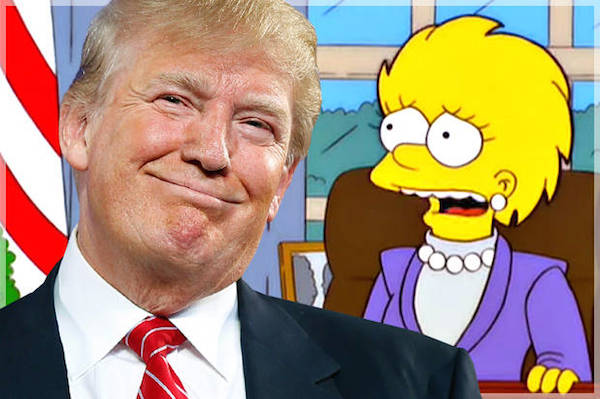 Exactly 16 years ago in March 2000, in an episode titled “Bart to the Future,” the show predicted a Donald Trump presidency. (His rise appears no less than three times on this list.)

Lisa becomes the nation's first “straight female” president while brother Bart has slacked away his life. From the Oval Office, she says, “As you know, we've inherited quite a budget crunch from President Trump.” How did the series arrive at Trump as commander-in-chief? Writer Dan Greaney explains that the real estate mogul was just the right comedic fit at the time, and notes that they needed a celebrity name that would sound slyly absurdist. Besides, Greaney says, “He seems like a The Simpsons-esque figure — he fits right in there, in an over-the-top way." 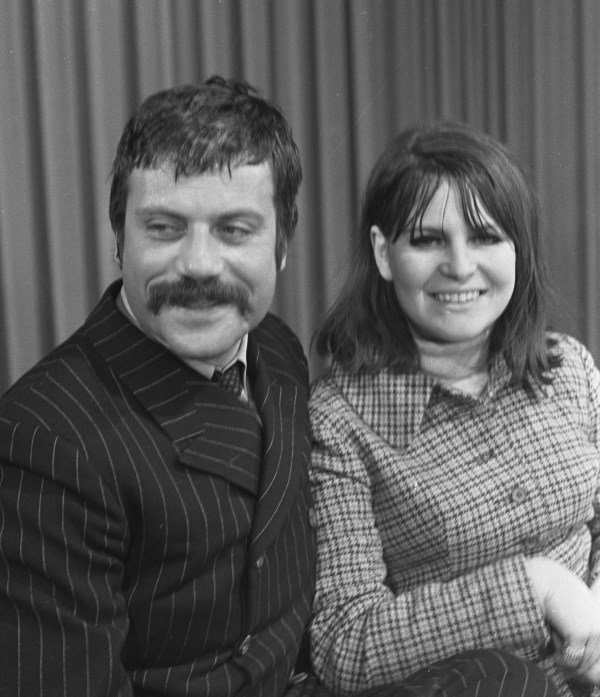 In 1993, actor Oliver Reed made a surprisingly accurate prediction of his death during an episode of Without Walls-The Obituary Show: "I died in a bar of a heart attack full of laughter. We were having a cabbage competition. I was very confident that for once I was going to win this vegetable competition. And somebody made a bet with me that was so lewd that I took it on, and he shook my hand. And I laughed so much I was sick and died."

While cabbage was not involved, the competition was. Reed died in a bar in Valletta, Malta in 1999 while filming Gladiator. He drank himself to death after being challenged in a contest. 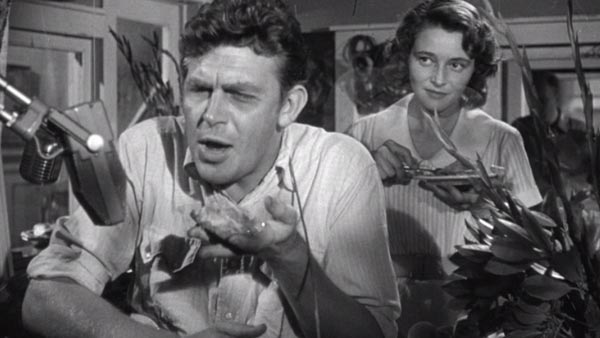 A Face in the Crowd (1957), written by Budd Schulberg and directed by Elia Kazan, stars Andy Griffith (memorable for a later turn as the affable sheriff of Mayberry in the show of the same name) as Larry “Lonesome” Rhodes, a folksy, charming Arkansas traveler who soars from a filthy jail cell to the pinnacle of American celebrity and political power.

An alcoholic drifter, Rhodes has no money before he captivates the public, but the rest of the story is a revealing and cautionary tale of what happens when absolute power corrupts absolutely. Rhodes captures the American imagination, expresses the frustrations and aspirations of the people, wins hearts and minds, and litters the landscape with choice reminders that beneath his truth-telling lies a surly streak of contempt.

Rhodes is coarse and blunt. He's racist. He makes big promises and then denies ever having made them. He tells it like it is—or at least like the people thought it had once been, back in the gauzy time when things were good. He calls those in power dumb and phony. Sound familiar? Watch below: 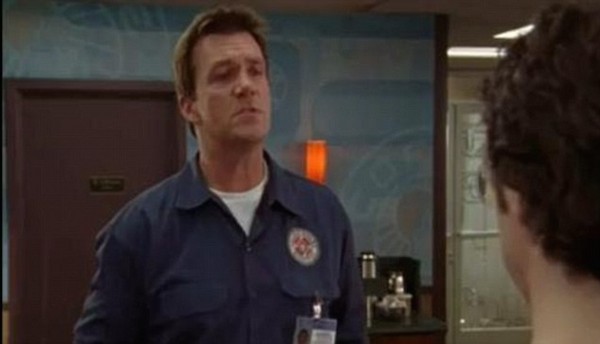 Did The Janitor on Scrubs correctly predict the location of Osama bin Laden when US forces killed him in 2011?

Bin Laden's death brought a ten-year manhunt to an end and sparked wild celebrations across the US. Shortly after President Barack Obama confirmed the news, Scrubs fans dug out a clip of Neil Flynn's Janitor telling Zach Braff's JD that US forces should be looking on Pakistan, not Afghanistan, for Bin Laden. 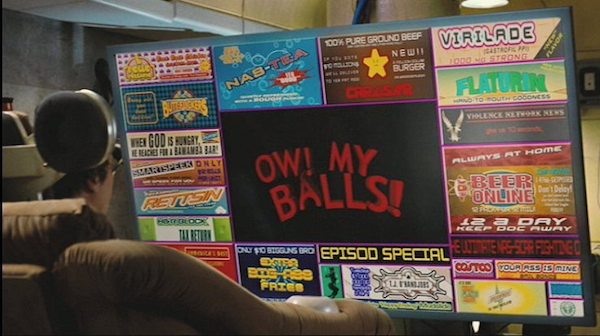 In 2006's Idiocracy, a librarian (Luke Wilson), wakes up 500 years in the future to find America dominated by trashy culture and run by a violent, blowhard celebrity president.

It looks like we didn't have to wait 500 years—Republican presidential candidate Donald Trump's blatantly anti-intellectual, boorish persona is so over the top, it has drawn multiple comparisons to that of pro-wrestler-turned-president Dwayne Elizondo Mountain Dew Herbert Camacho in Mike Judge's eerily prescient satire.

Even the film's co-writer, Etan Cohen, has reluctantly admitted to the resemblance. He recently said via Twitter that he "never expected #idiocracy to become a documentary" and "thought the worst thing that would come true was everyone wearing Crocs." 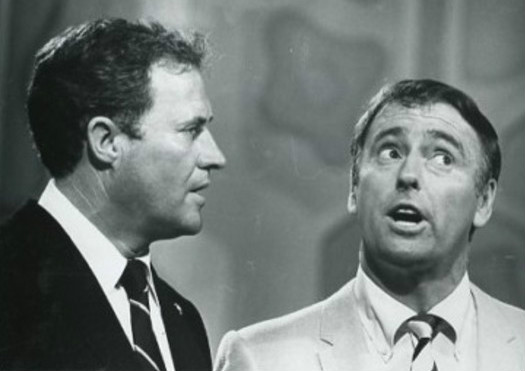 '60's comedy show Rowan and Martin's Laugh-In accurately predicted forthcoming events a couple of times in 1969. During Dan Rowan's "News of the Future" segment, the comedian announced the fall of the Berlin Wall was slated for 1989, which is what actually happened. Rowan had to pause for laughter when he mentioned Ronald Reagan would be the US president when that occurred. (He was.) 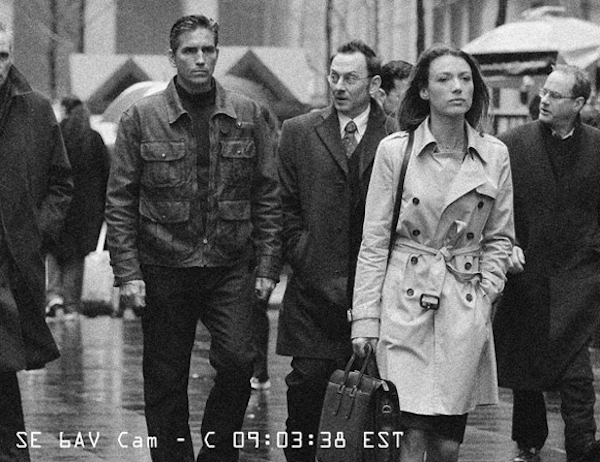 In 2011, CBS's Person of Interest began with a relatively digestible premise—that in the post-9/11 era, we are all being watched by a computer surveillance system designed to root out terrorists. The web the show had fictionally spun in which the government, often in collusion with corporations, is watching and listening to us, turned out to be almost exactly what Edward Snowden's leaks revealed to be true.

In fact, a Snowden-type character was introduced in an episode about an NSA whistleblower in 2012—a fresh-faced, thirty-three-year-old analyst named Henry Peck. When Peck discovers that his agency is conducting “illegal surveillance on a massive scale,” he sets up a meeting with a journalist, and soon finds himself evading a squad of government assassins.