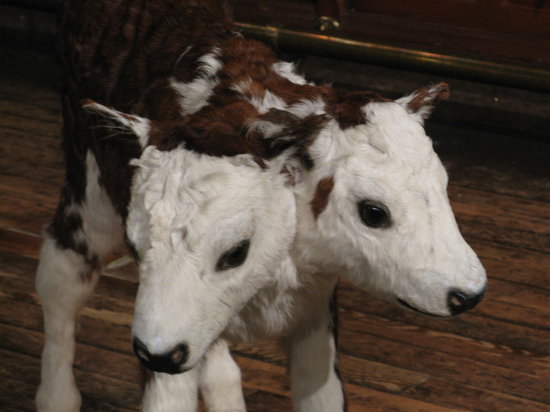 A two-headed calf born in Peru has divided villagers wondering if it is a good or a bad omen from God.

The calf was born in the community of Vista Alegre. Its two heads are fully formed with two noses, two sets of eyes and two mouths. The calf doesn't have the strength to stand up, so farmer Edward Villegas Rubio is feeding it milk by the bottle.

Some believe the calf, born in the northwestern Cajamarca region, was sent by the Almighty as a warning over all the evils in the world. Others believe it was a mythical birth, and the cow must have gone through a swamp when she was in season for it to happen. A local vet tried to calm villager's fears, saying the birth defect could have been caused by the use of antibiotics during the gestation period or that it could be a congenital defect that happened during pregnancy. He denied it could be a result of environmental pollution due to the presence of mining in the district of Hualgayoc. 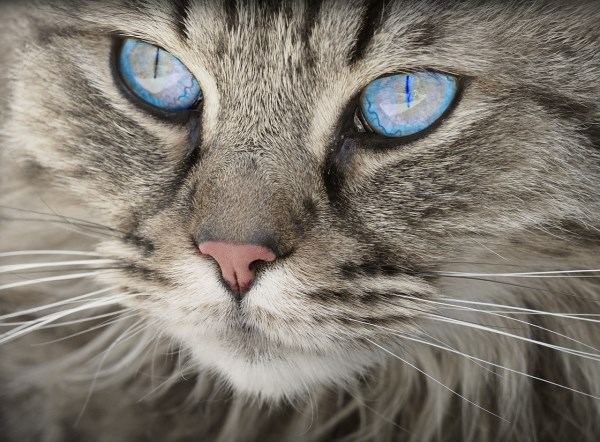 As of August 2015, Cravendale the rescue cat is looking for a new home. Potential owners will have to lock up their cupboards because the unusual feline was born with thumbs which he uses to his advantage.

The cat's extra digits allow him to climb like a human and he also uses them to pick up his toys at the RSPCA Centre in Warrington, where he currently resides.

Normally, cats have 18 toes on their paws, but Cravendale has four extra digits, two on his front paws and two on his back paws.

Cravendale has a genetic condition called polydactylism. Polydactylism is a congenital abnormality associated with inbreeding and other health problems, but the cat isn't showing any signs of those.

3The surprisingly healthy lamb that was born with with five legs 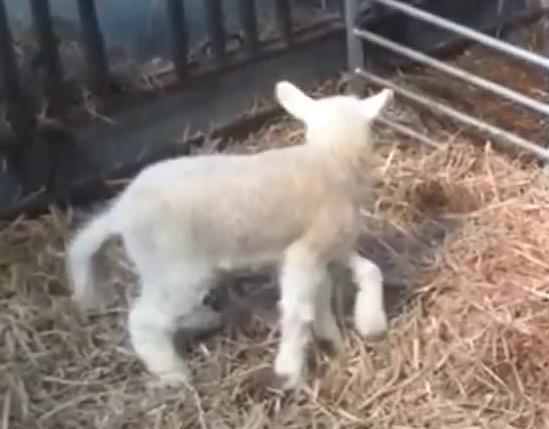 In 2011, this plucky spring lamb was born with five legs.

The unusual creature, who has been aptly named Jake the Peg, has two normal hind legs and three front legs. The bizarre deformity hasn't stopped Jake from leaping around his field in Newnham, Northamptonshire.

Jake has baffled his owners by beating the odds—most lambs born with deformities tend not to last long. Owner Pip Hopcraft said, "He's a tough one all right. It is especially uncommon to have a lamb born healthy with five legs."

Jake was born as part of triplets which makes it even more unusual that he was healthy enough to survive with a deformity. 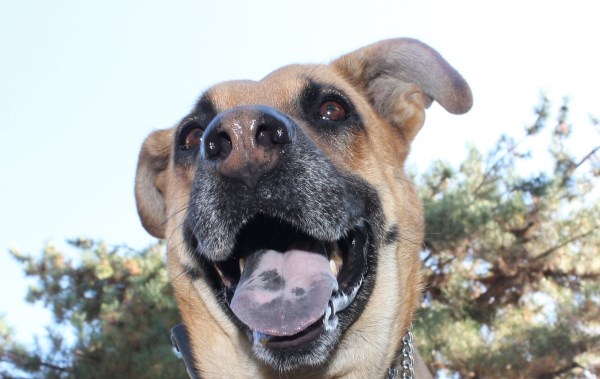 A Belgian Shepherd dog born with two noses, who was struggling to find a forever home because of his rare defect, finally found one in 2014 after offers flooded in from around the globe.

Snuffles had previously been rejected by four owners and was in the care of the Dog's Trust Rehoming Centre in Uddingston, Glasgow, Scotland. After issuing an appeal, the center received dozens of email messages and calls from people in the U.S, South Africa, and Britain.

The center's manager, Sandra Lawton, said: "He may not have been blessed with the looks of Lassie, but he has a heart of gold. He really can claim to be a dog in several million."

5The piglet that was born with six legs and eight feet 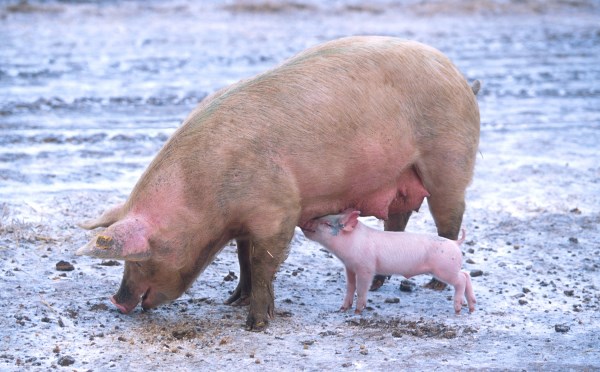 In 2014, a video emerged from China of a piglet born with six legs and eight feet.

The piglet lives in the Sichuan Province. The owner of the animal, Mr. Tang, said it has seven other siblings.

The animal has its usual four legs but has two extra ones emanating from under its belly. The legs do not appear to hinder it in any way—the limbs simply dangle as the piglet walks around. There are also two small feet poking out next to the extra legs. Hence, the piglet has six legs and eight feet overall.

Tang said he planned to give the animal a long and happy life. 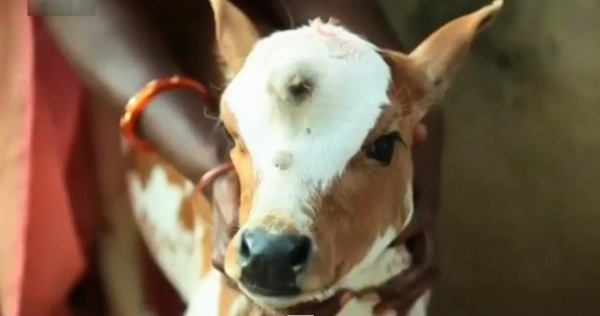 A three-eyed calf was hailed as a blessing by Hindus after being born with a third eye in the middle of its forehead in September 2014.

Proud owner Meghala described the calf, Shiva, as a miracle. Many believe the animal is the reincarnation of three-eyed Hindu God and its namesake, Shiva.

The cow has become a major attraction in Tamil Nadu, southern India, with hundreds flocking to catch a glimpse of the "deity" and pray to it. Hindu children have been touching the cute animal on the head, believing it will bring good fortune.

In Hinduism, Shiva is regarded as one of the primary gods and is a patron of yoga and the arts. 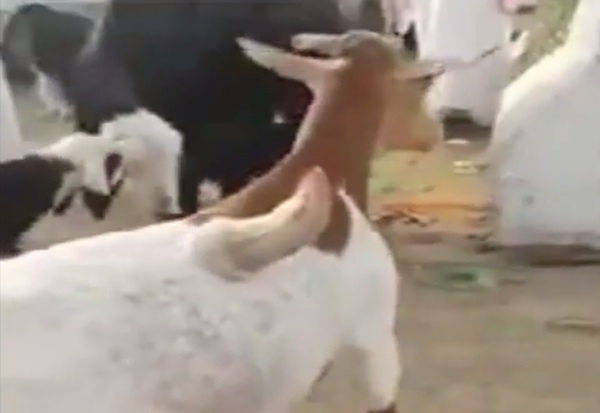 Even weirder is when one of those horns grows out of the animal's back. That's the case with one goat in Saudi Arabia, who has an apparently harmless growth protruding just to the right of its spine. 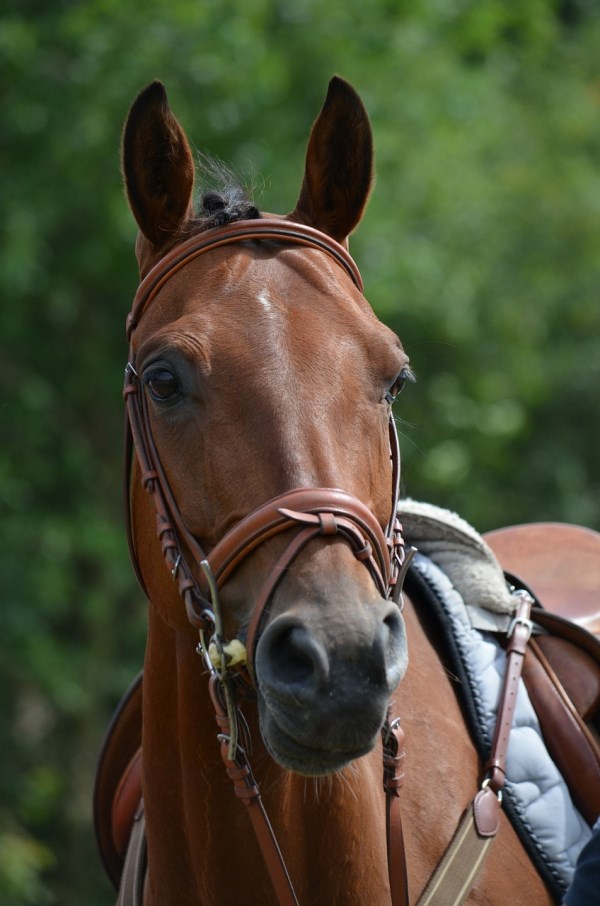 Spare Parts is a lovely two-year-old chestnut filly who was born with an extra leg. Well, not a whole leg, but basically an extra cannon bone, fetlock and foot.

The extra “leg” protruded from her right front leg. Trainer and breeder Trevor Sutherland, who is based at Wagga Wagga in the New South Wales Riverina, says, “It was a bit like a pushbike stand. You could almost lean her over and stand her up on her extra leg.”

Spare Parts was bred to be a racehorse. As a horse with an extra appendage, she normally wouldn't have much of a future. A local equine surgeon, Professor Bryan Hilbert of Charles Sturt University, operated on Spare Parts, and the rest is very happy history.

Sutherland never expected much from Spare Parts, but the two-year-old is now racing after her rough start in life. "She has shown us enough ability to suggest she can be a winner," he said. "She has already beaten the odds just to be where she is. Other than a bump on her leg, you wouldn't know the other leg had been there."

9The divers who discovered the world's first two-headed slug

Divers have found what is believed to be the world's first two-headed sea slug. The strange creature, also known as a nudibranch, was discovered off the coast of Sabah in eastern Malaysian Borneo by diver Nash Baiti.

The two-headed slug's abnormality may have been caused by a birth defect or pollution. In addition to having two heads, the slug is a hermaphrodite—it possesses both male and female sex organs.

Nudibranch expert and marine biologist Clay Bryce of the Western Australian Museum in Perth said, "Usually, this sort of deformity sets the animal up for an early death, but it does appear to be adult or at least sub-adult. Perhaps this is a case of two heads (being) better than one."

10The animal whose extended wristbone helps with digging 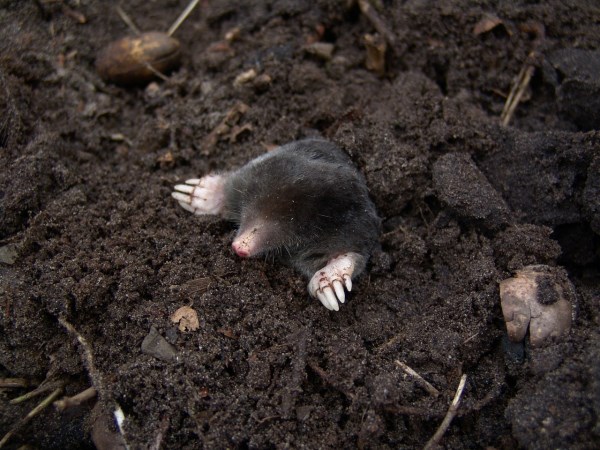 Most animals with paws have a similar hand shape—five fingers, or claws, on each. One big exception to this rule is the mole, which has an extra thumb on its front paws. New research shows that this extra thumb isn't a thumb at all, but an extended wrist bone.

Researchers have discovered that that the mole's extra thumb sprouts from a bone in its wrist, with the thumb-bone growing parallel to the "normal" inner thumb; but that's where the similarities stop. The outer thumb doesn't have any moving joints. It consists of a single, sickle-shaped bone that develops later than the inner thumb and the rest of the mole's fingers.

The mole's extra thumb gives it a special advantage. Researchers believe that the extra palm area (the bone makes the palm wider) allows for more efficient digging. The solid piece of bone on the outside edge makes the palm more rigid since it can wiggle, but not bend. Improved abilities are important to the mole, which digs underground lairs.