1The woman who included the word "feminist" on her Tinder profile

No matter which way you swipe, misogyny comes from all angles on Tinder.

The Instagram account Feminist_Tinder is bringing certain dudes into the limelight by highlighting the sexist messages one woman received when she put the word "feminist" in her Tinder bio.

Created by Laura Nowak, the account includes screen shots of different conversations she has had with men on Tinder and their reactions to her "feminist" description. Nowak's snarky and smart retorts make the account educational as well as entertaining.

Nowak received one message that read: "Why are you on Tinder if you're a feminist?" Her response was perfection: "Why are you suggesting that casual sex and respect for women are mutually exclusive?"

"I think it's important to talk about these perspectives on feminism and highlight that misogynistic double standards are rampant and active in our culture," Nowak says. 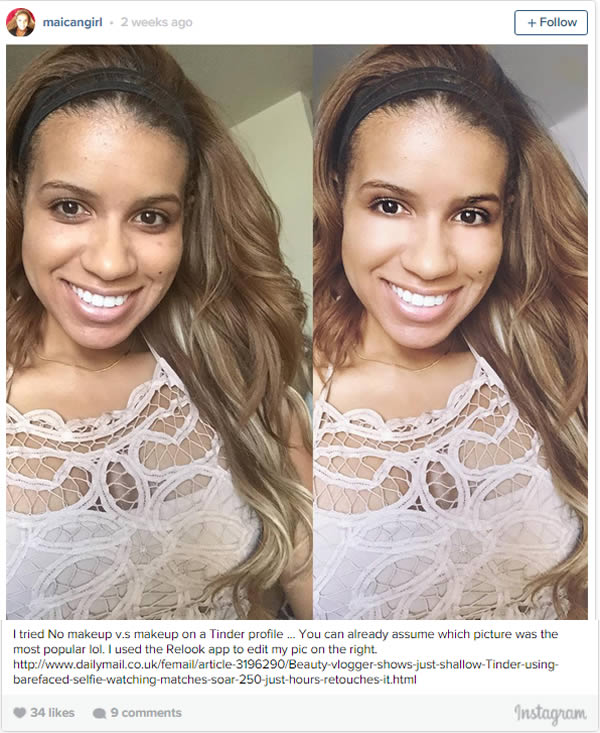 This probably isn't the most shocking experiment result, but it still stings—especially if you're a straight, single girl searching for a mate on Tinder. It turns out that a lot of guys out there have some pretty preposterous standards when it comes to a woman's looks. Alexa Mitchell (aka, MaicanGirl) a 22-year-old beauty vlogger, decided to test the Tinder waters to see how men responded to her in pictures without makeup versus pictures of her sporting a retouched look.

She uploaded a video documenting the experiment to her YouTube page. Mitchell posted three photos of her bare face and then swiped right on 100 men, signaling her interest. Five hours later, of those 100 men, 16 had swiped right in return. It doesn't sound so bad until you consider what happened next.

Mitchell edited the pictures to eliminate lines and blemishes, and whiten teeth. Again, she swiped "yes" on 100 men. This time she got 73 matches. Nearly five times as many men expressed interest in the Photoshopped version of Mitchell versus the natural one. And keep in mind, Mitchell is still in her early 20s and has hardly any noticeable flaws without retouching. It can make one shudder imagining what lofty standards may exist in the minds of men when it comes to older women. 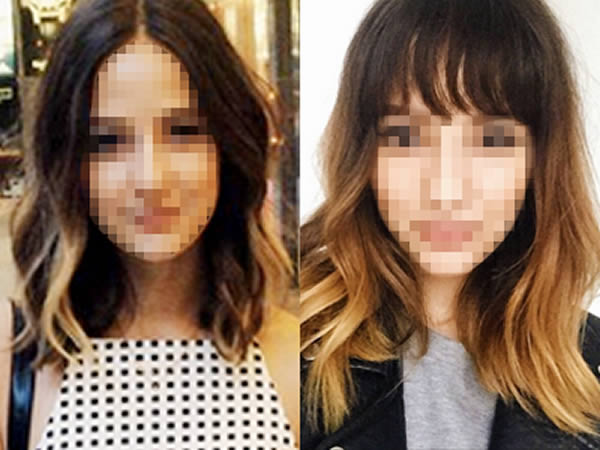 Catherine Quinn O'Neill from Allure magazine wanted to try an experiment to find out if men prefer women with bangs on Tinder. She found a woman who was already looking to get bangs (because, to be clear, no one should chop their hair for a Tinder profile). She uploaded pictures of her subject without bangs and tracked the exact number of Tinder matches and messages she received for a week. Then she sent the woman to Sally Hershberger hairstylist Matt Fugate for the big chop. She waited a week to cycle through the matches, then uploaded new, similar-looking pictures, only with bangs. She tracked the results for another week, using the app at the same rate as she had the previous time. The result?

Without bangs, her subject received 48 matches, 32 of which messaged her. However, with bangs, she received 84 matches (almost double!) with 42 messages. Surprising, right?

According to Christian Rudder's book Datacalysm, this is likely a result of variance. People on dating sites who generate extreme instant reactions (I hate bangs! I love bangs!) actually perform better than those who fall in the "meh" category. 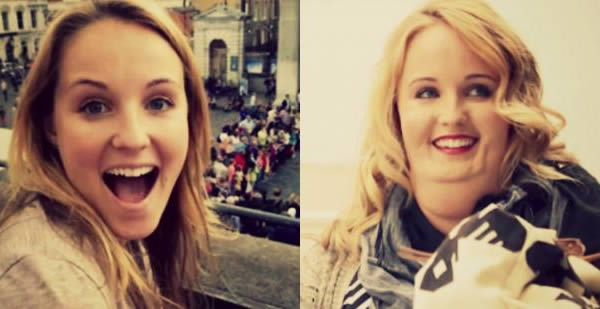 The guys behind the dating website Simple Pickup decided to conduct a social experiment to see what happens when someone's Tinder photos don't match up with their real-life appearance. The team was interested in testing the unsettling theory that—in the world of online dating—women are most afraid that their date will turn out to be a serial killer whereas men are most afraid that their date will be overweight.

Here's how the experiment went down. The team found a thin woman and a thin man to play along. Using photographs of the two, they attracted a host of potential male dates for the woman and potential female dates for the man. They applied prosthetics and padding to make the man and woman look heavier in real life than they did in their photographs. Then the dates happened—and the results were crazy.

Literally ALL the males were rude if not outright hateful regarding their female date's appearance. “I really don't appreciate being lied to,” one man said testily while another slammed his date by saying “It's very upsetting. I wasted gas and my time to come over here, and I can't do this.” Only one out of the five male subjects was willing to stay on the date with the woman.

When the tables were turned, the results were shockingly different. Yes, all the females verbally acknowledged that their male date did not look the way they had expected him to look, but the women were way cooler about this unexpected turn of events. None of the women shamed the heavier-than-expected guy. Three of the women saw their date through to the end and said they'd be interested in going on another date with him, and one of the women gave the male subject a kiss.

While everyone has the right to be mad about being deceived, the fat shaming that came afterwards is definitely alarming. 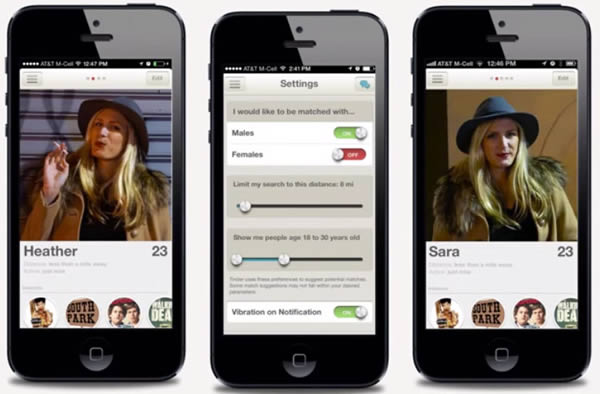 Smoking makes you less attractive to the opposite sex. Action on Smoking and Health (ASH) believes it has proved this by creating two profiles on Tinder using images of the same person, with one profile portraying her as a smoker and the other as a non-smoker.

The group claims the non-smoking profile got twice as many matches. ASH's campaign aims to reach young adults in a different way because they believe kids are rarely affected by ads about the health implications of smoking.

6The woman who created an underage profile to catch online predators 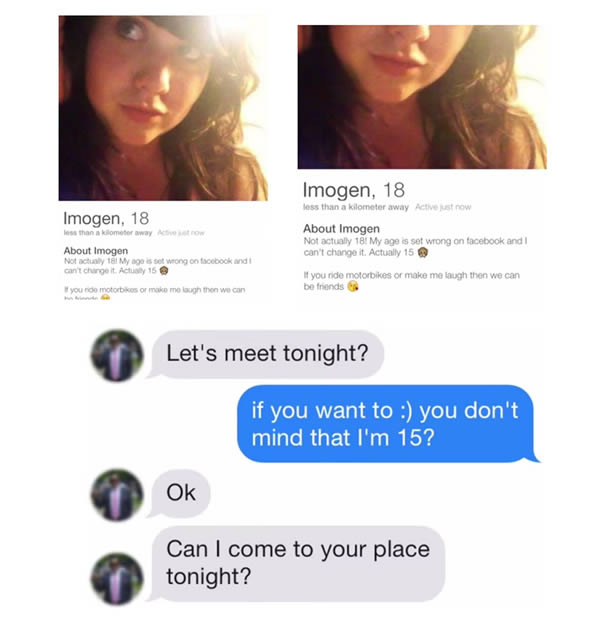 In April 2015, a YouTube user under the name "The Tinder Experiment" posted a disturbing video of two men, one 31 and the other 43, meeting up with who they believed was a 15-year-old girl.

In classic “To Catch a Predator” style, the girl in the video isn't actually 15. She's 21 and wanted to expose potential pedophiles who seek out young girls on Tinder. Two 25-year-old men helped her in her efforts. The media unofficially dubbed the team "The Tinder Vigilantes." They operated out of Melbourne, Australia and claim to have filmed at least ten more interactions like the one shown above.

Here's how their experiments went down. First they set up a fake Tinder profile for a 15-year-old named Imogen. (The 21-year-old playing the role of Imogen used photos that were six years old.)

Imogen racked up over 400 matches, including men in their 30s, 40s, and 50s. She always made sure to clarify her age in her messages. Some reacted the way they should—and some definitely didn't.

If anyone tried to hang out with Imogen in real life, the team secretly filmed their hangout session. When things started to get a little steamy—like when a guy would put his arm around her or try to kiss her—someone pretending to be Imogen's brother would suddenly burst into the room to question the guy about what the hell he was doing.

Possibly because of legal and safety concerns, Victoria police told The Tinder Experiment to stop posting videos, effectively shutting down the operation. The team's Facebook page was also taken down. However, cops are investigating the footage that's already been released. 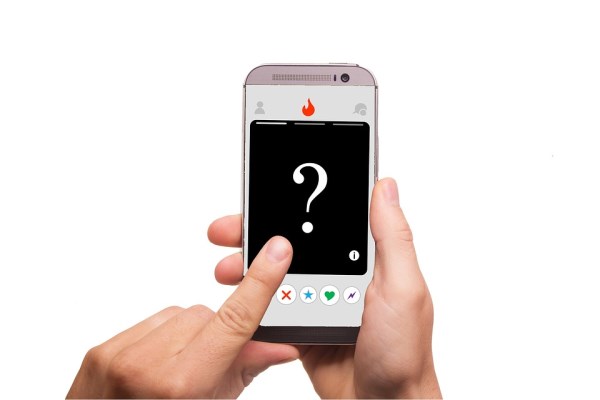 A dating expert set out to find out exactly what attracts men to women on Tinder and ended up proving men can be as superficial as feared when it comes to choosing matches.

Hayley Quinn set up two contrasting profiles, using doctored images of herself and a "dumbed down" bio on one on to find out whether men preferred the real her, or a more superficial, sexier version of herself.

Quinn tested the relationship between the type of attention women get on Tinder in relation to the type of profile they created. The 27-year-old created two accounts—the first was for "Hayley" who described herself as a yoga and hiking geek. She loves peanut butter and runs her own business. Hayley's account used photographs that showed her on holiday and in everyday situations.

The profile for the fictitious "Sonia" was then given the "ultimate selfie makeover" with false eyelashes, hair extensions, and ample cleavage. Her photos were enhanced with various filters. Sonia's simplistic bio simply read: "Love life. Love my friends. Xoxo."

Other than the choice of photos and descriptions, the profiles were set up in exactly the same way and the same amount of time was spent swiping "yes" to potential love matches. Hayley documented her experiment in an 11-minute video entitled "What girls do guys like on Tinder?" Unsurprisingly, she had the most success as "Sonia."

While the sexier profile got the most male attention, Hayley found that men were more genuinely interested in her and interacted more with the profile that listed her interests and hobbies. 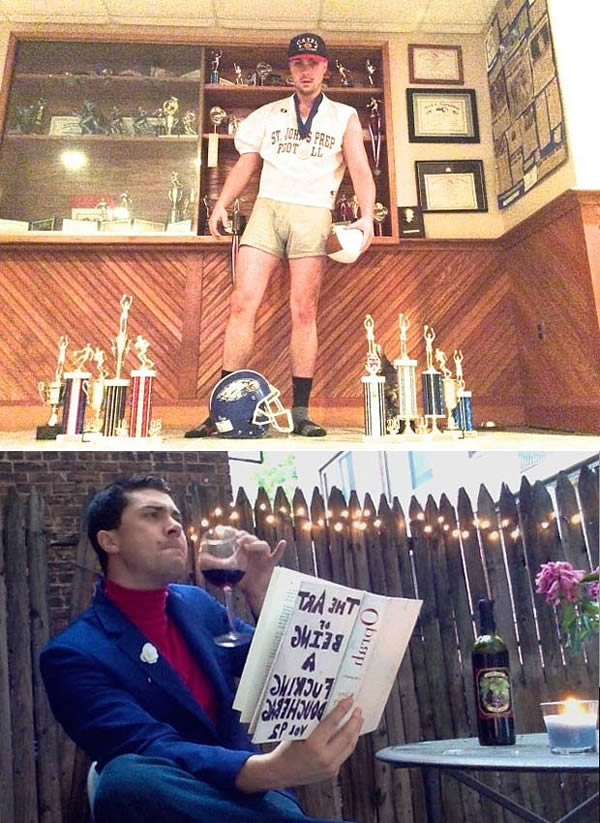 One man's experiment, which has gone viral, illuminates a possible new path for online daters.

Rather than attempt to bare his true soul on his Tinder profile—an approach that he found yielded little response—BroBible's Matt Keohan decided to make himself out to be as big a douche as possible.

Keohan mocked up a series of pictures that showed him in the "douchiest" poses he could muster. One photo involves him displaying his collection of sporting trophies ("picked up at a garage sale"), while another shows him pretending to be Ed Sheeran sitting by a campfire.

He then swiped right on lots of Tinder profiles to alert women that he was interested in speaking with them. By the next morning, a small avalanche of ladies had accepted his request.

While Keohan's approach cannot exactly be described as scientific, it does suggest that embracing your inner douche is a viable way to attract people on Tinder.