1The Charge of the Light Brigade (1936): So many animals were killed during production that laws were created to protect them 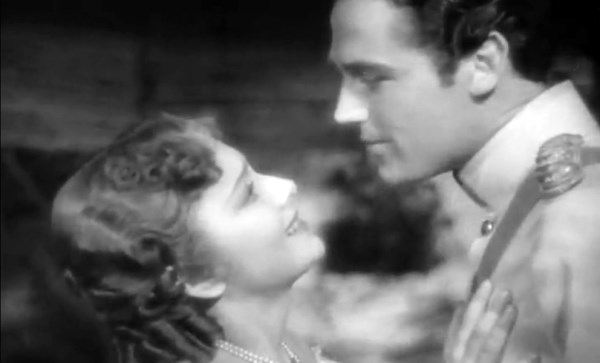 During the early days of Hollywood, animal abuse laws were not yet in place, and filmmakers were free to do whatever they deemed necessary to get the right shot. The 1936 film, The Charge of the Light Brigade, changed the nature of how animals were treated on set.

The filming of the raucous battle scenes resulted in the death of dozens of horses injured in falls caused by trip wires. The subsequent outrage reached all the way to the political sphere; trip wires were banned, and the industry moved towards more humane treatment of animals.

The movie received an Oscar for Best Assistant Director for second unit work in depicting the charge when that was a category at the Academy Awards. Despite this, The Charge of the Light Brigade received a fair share of bad publicity, and it was never re-released by Warner Brothers. 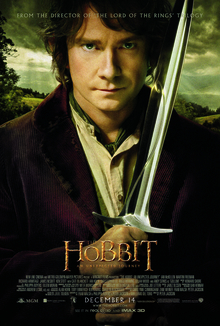 In the 2012 film The Hobbit: An Unexpected Journey, Bilbo Baggins encounters a myriad of dangers. But no one expected the animals that appeared in the $500 million trilogy to do the same in real life.

Animal wranglers hired to oversee the approximately 150 animals used in the films say 27 of them died because they were housed on a treacherous farm full of “death traps,” including bluffs, sinkholes, and jagged fencing. The dead include a miniature pony called Rainbow, hired as a hobbit horse, who crashed off a bank on the farm and broke his back. When the wrangler found him, he was still alive and had to be euthanized.

The other dead animals include a horse named Claire (found with her head in a stream after toppling off a bluff), six goats, six sheep and a dozen chickens that were reportedly torn apart by dogs on two different occasions. Two other horses got caught in fencing and ripped their legs open, suffering significant injuries.

Animal wranglers say they tried to alert their bosses and the production company behind The Hobbit to how dangerous the New Zealand farm was, but the animals were never relocated.

According to director Peter Jackson's spokesperson, the production company behind the films stopped using the farm in question to house animals. He added that Jackson had adopted three pigs used in the making of the trilogy. 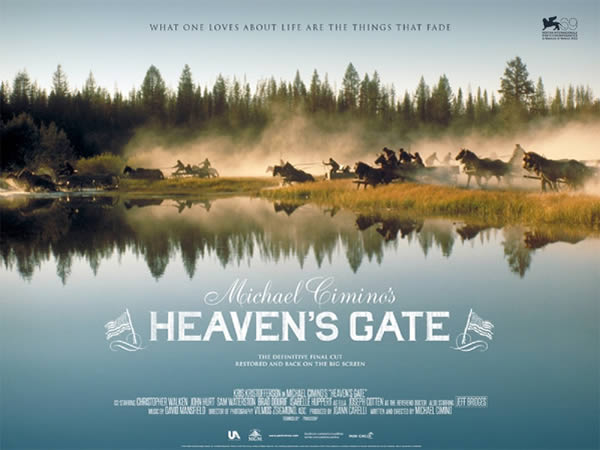 During the production of Michael Cimino's epic film Heaven's Gate, there were numerous instances of animal cruelty. The animal action in the film includes an actual cockfight, several horse trips, and a horse being blown up with a rider on its back. People who worked on the set reported seeing chickens being decapitated and steer being bled in order for their blood to smeared on the actors instead of stage blood.

A lawsuit was filed by the owner of an abused horse on the set, against the producers, director, Partisan Productions, and the horse wrangler.

The American Humane Association (AHA), which was barred from monitoring the productions treatment of animals, led a nationwide boycott against the film. The outcry prompted the Screen Actors Guild (SAG) and the Alliance of Motion Picture and Television Producers (AMPTP) to contractually authorize the AHA to monitor the use of all animals in all filmed media.

4The Adventures of Milo and Otis (1989): Over 20 kittens were allegedly killed 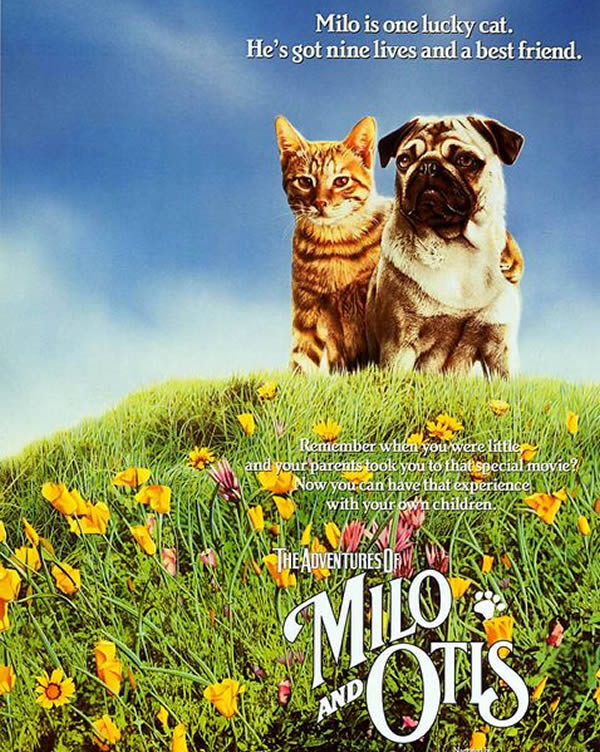 The Adventures of Milo and Otis is a Japanese/British/American movie about two animals, Milo (an orange cat) and Otis (a pug).

When the film was first released, several Australian animal rights organizations raised allegations of animal cruelty during filming and called for a boycott. The Sunday Mail reported that Animal Liberation Queensland founder Jacqui Kent alleged the killing of more than 20 kittens during production. She was also disturbed by reports from Europe which alleged other animals had been injured, as in one case where a producer had broken a cat's paw to make it appear unsteady on its feet. Otis, the dog, didn't fare much better. He is sent naked-pawed through drifts of deep snow, forced to swim to the point where he is obviously drowning, and is pitted against a very angry bear. Other scenes that were a source of controversy including the scene of a kitten flying off a cliff and falling over a waterfall in a wooden box. Kent said her organization heard a number of complaints from people who had seen the film and were concerned that it could not have been made without cruelty.

Columbia Pictures ignored the allegations of abuse by the Japanese production company unhindered by animal rights laws, and noted instead that the film was making huge profits in Japan.

The film was reported to have the approval of the American Humane Society, despite not having their officers present during filming. 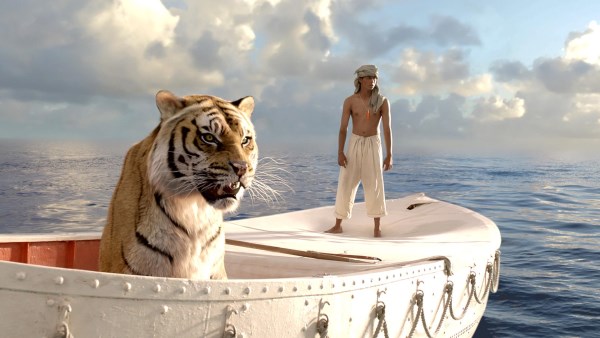 American Humane Association monitor Gina Johnson confided in an email to a colleague on April 7, 2011, how the star tiger in Ang Lee's Life of Pi was almost killed. While many scenes featuring “Richard Parker,” the Bengal tiger who shares a lifeboat with a boy, lost at sea, were created using CGI technology, King, very much a real animal, was employed when the digital version wouldn't suffice. “This one take with him just went really bad, and he got lost trying to swim to the side,” Johnson wrote. “(He) damn near drowned.”

King's trainer eventually snagged him with a catch rope and dragged him to one side of the tank, where he scrambled to safety.

“I think this goes without saying, but DON'T MENTION IT TO ANYONE, ESPECIALLY THE OFFICE!” Johnson continued in the email, obtained by The Hollywood Reporter. “I have downplayed the f— out of it.”

As a representative of the American Humane Association — the grantor of the familiar “No Animals Were Harmed” trademark accreditation seen at the end of film and TV credits — it was Johnson's job to monitor the welfare of the animals used in the production. What's more, Johnson had a secret: She was intimately involved with a high-ranking production exec on Pi. She was eventually fired from her job.

Still, Pi, which went on to earn four Oscars and $609 million in global box office, was awarded the “No Animals Were Harmed” credit.

6HBO's Luck: Cancelled after the death of 3 horses 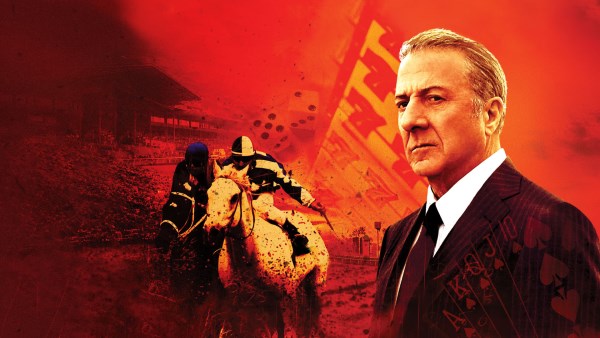 HBO's short-lived horse-racing drama Luck garnered plenty of controversy in its first and only season. The show, which starred Dustin Hoffman and Nick Nolte, drew the ire of viewers and animal rights activists after three horses died during ten months of production.

In March 2012, HBO decided to cancel the high-profile horse racing drama a day after star horse Real Awesome Jet reared up as she was being led back to her stall from the set, causing her to flip over and hit her head on the ground. After a vet had determined the thoroughbred's injuries were too severe to be treated, she was euthanized.

What separated Luck from most television shows and movies about horse racing was a key decision made by its creators. For maximum authenticity, the production would race its horses for up to a third of a mile at one time (up to three times a day) rather than rely mostly on camera tricks and deft angles to simulate the more taxing scenes. By the end of the series — it was canceled after filming was completed on the first two shows of its second season — more than 2,500 horse runs had been completed. 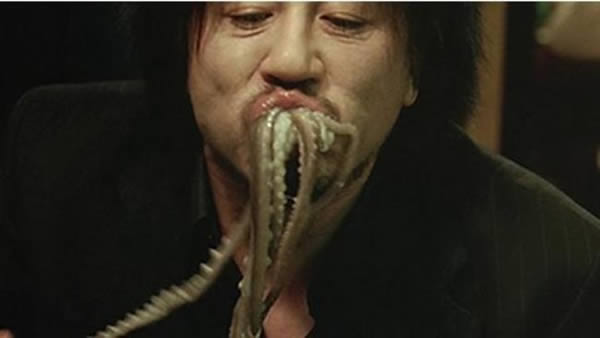 Oldboy is a 2003 South Korean mystery thriller directed by Park Chan-wook. The film follows the story of Oh Dae-su, who was locked in a hotel room for 15 years.

For the scene with Dae-su in the sushi bar, actor Choi Min-sik had to eat a live octopus and the scene was required to be shot four times. The actor, a dedicated Buddhist, reportedly said a prayer for each octopus and apologized before shooting.

The eating of live octopuses as a delicacy exists in East Asia, although it is usually cut, not eaten whole. When asked in DVD commentary if he felt sorry for Choi Min-sik, director Chan-wook stated he felt sorrier for the octopus.

8Water For Elephants (2011): The elephant star was electrocuted and beaten during training

Perhaps it's a sick irony that in a movie featuring animal abuse, the behind-the-scenes story may be even worse than the fictitious version. An undercover video documenting the alleged abuse of Tai, the elephant featured in the Reese Witherspoon/Robert Pattinson film, Water For Elephants emerged after the movie was released.

The footage, provided by Animal Defenders International (ADI), shows Tai and other elephants being abused by trainers from the company Have Trunk Will Travel. The footage reveals the elephants being beaten with bull hooks -- even a baby elephant is beaten over the head with a hook. The video also shows the elephants receiving electric shocks, and screaming out in pain.

The film of the abuse is believed to have been taken in 2005, before the making of the film. 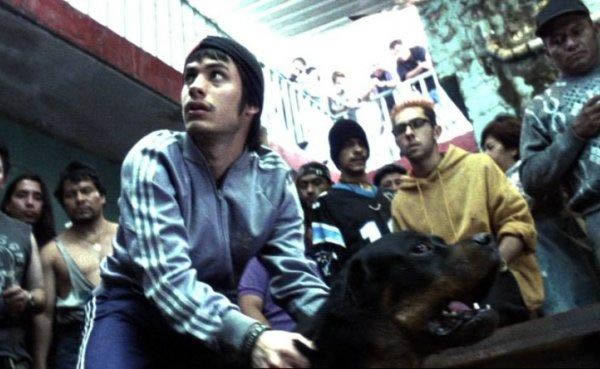 Amores Perros (Love's A Bitch) is a dramatic and violent triptych of stories illustrating love and loss in modern-day Mexico City. Although the film is a Mexican production, it displays an English language disclaimer at the beginning that states no animals were harmed. Such a disclaimer is unauthorized by the AHA.

After production had been completed, the makers of the film released a video on the making of the film called "The Dogs of Love's a Bitch" to the AHA, noting that some of the animal handling violated AHA guidelines. The association assigned the movie a rating of "Questionable."