1The hijacker who surrendered in exchange for more beer 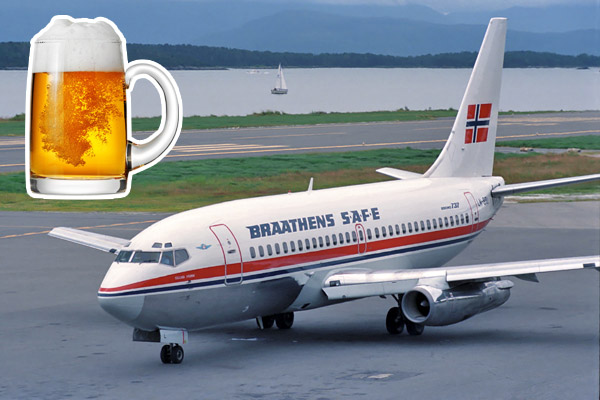 On June 21, 1985, a lone male armed with a pistol commandeered a Braathens SAFE Boeing 737 aircraft carrying 116 passengers and 5 crew members while on a domestic flight from Trondheim-Vaernes Airport (TRD) to Oslo in Norway.

The hijacker, "fed-up" with society, demanded to speak with the Prime Minister and the Minister of Justice of Norway. Shortly after landing at Oslo's Fornebu Airport, all 116 passengers were permitted to leave the aircraft, but the 5 crew members remained on board as hostages.

Reportedly the hijacker, who had been drinking heavily during the entire episode, surrendered his pistol to authorities one hour later in exchange for more beer. There were no casualties in what is considered the first hijacking in Norway's history.

2The pilot who thwarted a hijacking attempt by flying upside down 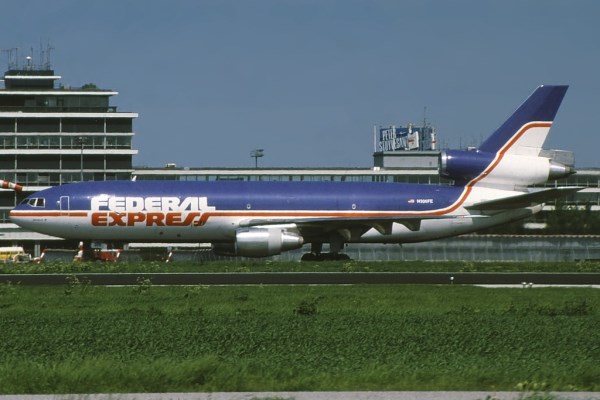 Auburn Calloway, a 42-year-old Federal Express flight engineer, was facing termination over irregularities in the reporting of his flight hours, so he had a plan: he would board an aircraft and crash it to make his family eligible for the $2.5 million life insurance.

On April 7, 1994, he boarded a scheduled flight to San Jose, California, as a deadheading passenger. He carried a guitar case holding several hammers and a speargun. He intended to disable the aircraft's cockpit voice recorder before take-off and, once airborne, kill the crew with hammers so their injuries would appear consistent with an accident rather than a hijacking. What he wasn't expecting was the crew's fierce counter-attack.

When Calloway entered the flight deck and commenced his attack, every member of the crew took multiple hammer blows which fractured their skulls. A lengthy struggle ensued with the flight engineer and captain as the first officer took control and performed extreme aerial maneuvers with the aircraft. To try to throw Calloway off balance, he turned the plane into a left roll, almost on its side and, eventually, rolled it onto its back at 140 degrees. Just then, the first officer put the plane into a steep dive. This pushed the combatants back to the seat curtain, but the wings and elevators started to flutter. At this point, the crew heard the wind rushing against the cockpit windows.

They eventually succeeded in restraining Calloway and prepared for an emergency landing. Had Calloway killed the crew and taken control of the plane, he could have crashed the DC-10 into the FedEx Headquarters loaded with 38,000 kilos of fuel aboard.

Calloway pleaded temporary insanity, but was sentenced to two consecutive life sentences on August 15, 1995, for attempted murder and attempted air piracy. The crew was awarded with the Gold Medal Award for heroism, the highest award a civilian pilot can receive.

3The world's first commercial aviation hijacking: a hijacker was the sole survivor 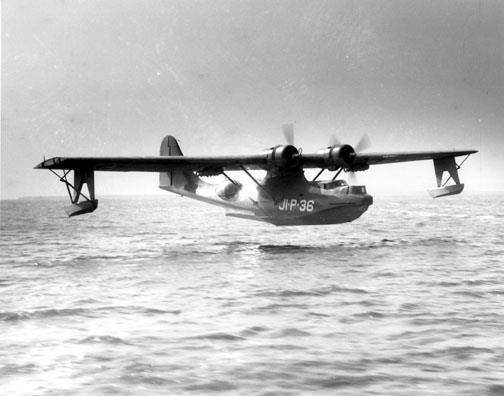 A PBY Catalina flying boat named "Miss Macao" owned by Cathay Pacific Airways was hijacked during a flight between Macau and Hong Kong on 16 July, 1948, in what is claimed to be the very first aviation hijacking ever.

Many of the Cathay seaplane's regular passengers were extremely wealthy, so they were a tempting target for kidnapping. The plan was to force the aircraft down near a remote island off the coast of China where they could conceal the plane and hold their prisoner captive. It was later reported that the luggage of one of the passengers, Wong Chung-ping, a millionaire Macau bullion dealer, contained 3,000 taels of gold.

Chiu Tok, the gang's leader boarded the plane at Macau with three accomplices and sat directly behind American pilot Dale Cramer. A few minutes after take-off, the hijackers demanded that Cramer hand over the controls. Cramer refused. Chiu Tok and his team struggled with Cramer and his crew, and hell broke out as the passengers also fought the hijackers. Chiu Tok panicked and shot Cramer who collapsed onto the controls, sending the plane hurtling towards the sea.

Two fishermen saw the plane crash into the water. They found an unconscious man floating nearby. He was Wong Yu-man, who was eventually identified as one of the hijackers and spent 3 years in jail.

4The only unsolved airline hijacking case in the history of the U.S.: the hijacker who parachuted out of the plane 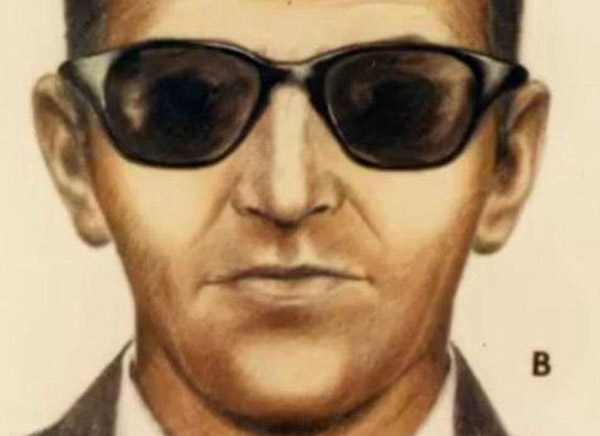 On Thanksgiving, November 24, 1971, a man who identified himself at Portland International Airport as "Dan Cooper" purchased a one-way ticket on Flight 305, a 30-minute trip to Seattle, Washington.

After the plane took off, Cooper passed a note to the flight attendant near him: "I have a bomb in my briefcase. I will use it if necessary. I want you to sit next to me. You are being hijacked."

After showing what seemed to be an explosive in his briefcase, he dictated his demands: $200,000 (over a million dollars in today's money), four parachutes, and a fuel truck on standby in Seattle to refuel the aircraft upon arrival.

"He wasn't nervous," the flight attendant later told investigators. "He seemed rather nice. He was never cruel or nasty. He was thoughtful and calm all the time."

Once the plane arrived to Seattle, the FBI complied with his demands. Upon delivery, Cooper permitted all passengers and part of the crew to leave the plane. After refueling, the 727 took off with only the pilot and a few more people from the crew, who were told to stay in the cockpit with the doors closed while Cooper parachuted to an uncertain fate.

Despite an extensive manhunt and an ongoing FBI investigation, the perpetrator has never been located or positively identified. The case remains the only unsolved air piracy in American aviation history.

5The hijacker who stole valuables, jumped with a homemade parachute... and was killed by mud 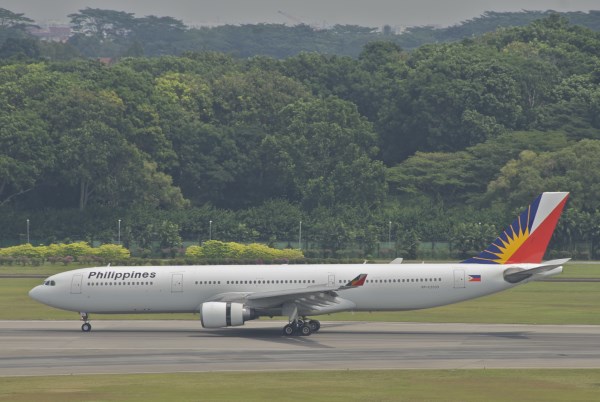 On May 25, 2000, Philippine Airlines Flight 812 was hijacked by a man with a gun and a hand grenade. He fired a gun into a bulkhead and demanded to be let into the cockpit. When he was refused access, he then demanded the passengers place their valuables in a bag before he commanded the pilot to descend and depressurize the aircraft so that he could escape by a homemade parachute.

Since it did not have a rip cord, one was made with a curtain sash on the aircraft. Before he was about to jump, he panicked and clung to the rear door, and a flight attendant pushed him out of the plane.

Three days after the hijacking, the hijacker was found dead, his body nearly buried in the mud. It is speculated that he survived the fall but was killed by the mud.

6The Plane hijacked by North Korea: the fate of 12 people is still unknown 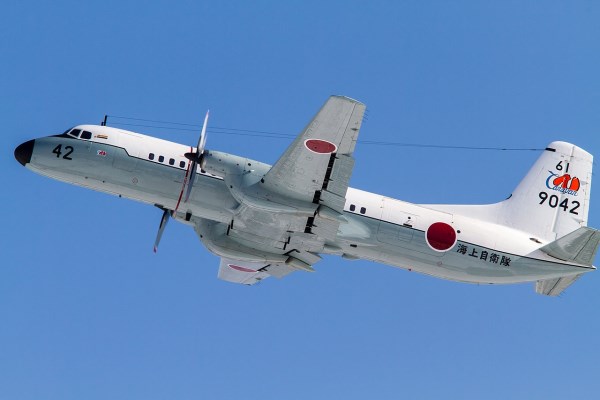 On December 11, 1969, a Korean Air Lines NAMC YS-11 flying a domestic route from Gangneung Airbase in Gangneung, Gangwon-do to Gimpo International Airport in Seoul, was hijacked by a North Korean agent. The man rose from his seat 10 minutes after takeoff and entered the cockpit. The aircraft then changed direction and was joined by three Korean People's Air Force fighter jets.

The plan landed at Sondok Airfield, where North Korean soldiers boarded the aircraft afterwards, blindfolded the passengers, and instructed them to disembark. They were then subjected to indoctrination for up to four hours a day. North Korea claimed it was done to "protest" against South Korea's President.

Sixty-six days after the incident, after long talks between the two govermnents, North Korea finally released 39 of the passengers but kept the aircraft, crew, and remaining passengers. The fate of the unreturned passengers has not been confirmed. 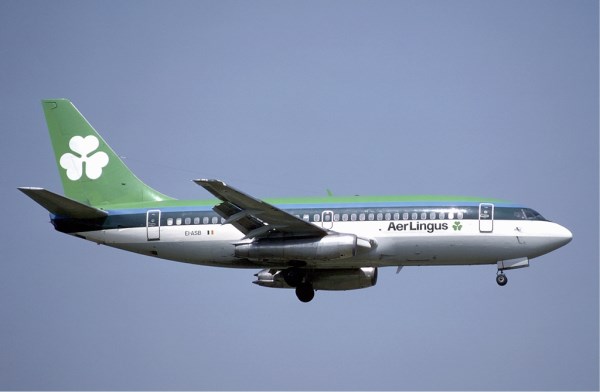 What's the third secret of Fatima? We'll never know, but a 55-year-old Australian named Laurence James Downey was really curious about it.

Downey was a passenger on the Aer Lingus Flight 164 going from Dublin to London on May 2, 1981. About five minutes before the flight was due to land, the man went into the toilet and doused himself in gas. He then went to the cockpit with a cigarette lighter in hand and demanded to be taken to Iran. When he was told there was insufficient fuel he specified France.

The plane finally landed at Le Touquet Airport and negotiations began with Downey. He demanded that Pope John Paul II the third secret of Fatima public.

After a nearly 10 hour standoff, French special forces stormed the plane and apprehended Downey. No shots were fired and nobody was injured. Downey was eventually sentenced to 5 years of imprisonment for air piracy.