Cosplay has never been bigger than it is right now, but because there are so many people out there making costumes, many cosplayers choose to create their costumes in certain styles to help them stand out. This is by no means a list of the only types of cosplay out there, but it is a list of some of our personal favorites.

Greedo portrayed by Corinne Alexandra. Freddy and Jason by Echidna and Dadou and photographed by Eric Bernard and Coin-Coin Photos

There are characters like Jessica Rabbit, Aeon Flux or Power Girl that are inherently hot, but some cosplayers prefer to adapt their favorite character into a sexier version of the unsexy original. A few extreme examples of this include Tyrion Lannister, Greedo and Freddy Vs. Jason. 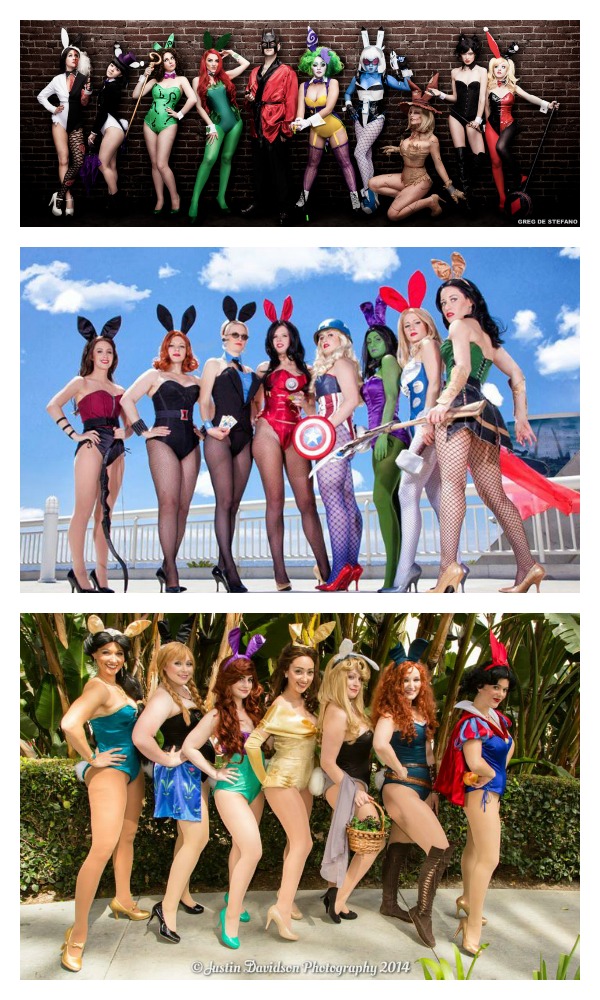 Gotham characters portrayed by the cosplayers of Skirts and Swords and photographed by Greg de Stefano. The Avengers team is cosplayed by The Avenger's Bunny Initiative and photographed by Jason Holmes. The princess bunnies are by Alexandria the Red as Merida, Lady Shepard as Ariel, Miss Wendy Bird as Belle, Booba Fett as Aurora, Natalie Atkins as Jasmine, Annie Sherman as Snow White, Poison Scarlett as Anna. Image by Justin Davidson.

A subset of sexy versions of not-so-sexy costumes involve taking any character and turning him or her into a Playboy Bunny. A few of the best examples we've seen are the Gotham villains, the Avengers, and various Disney princesses.

Beauty is in the eye of the beholder, but some people go out of their way to turn a sexy costume into something many would find downright repulsive. The most famous example of this (though far from the only one to sport this style) is Wonder Wobear, a male Wonder Woman cosplayer who is both overweight and hairy. He has also been an unsexy version of Batgirl.

There are a lot of female cosplayers who want to play their favorite male characters and a smaller, but still significant number of male cosplayers who want to dress as female characters. While it's easy enough to turn to crossplay for most characters, many costumers prefer using their imagination to turn the character into a person of their own gender. This is known as gender swapping (also called Rule 63), and the results not only look great, but allow you imagine how a story might change if the character's gender switched, like this King Elsa by Dakun Cosplay or this Bilbo Baggins by Allicsirp Cosplay.

One of the most common (but still charming) cosplay styles is the mashup. Some of the most most original designs happen when a cosplayer allows two totally different universes to collide. 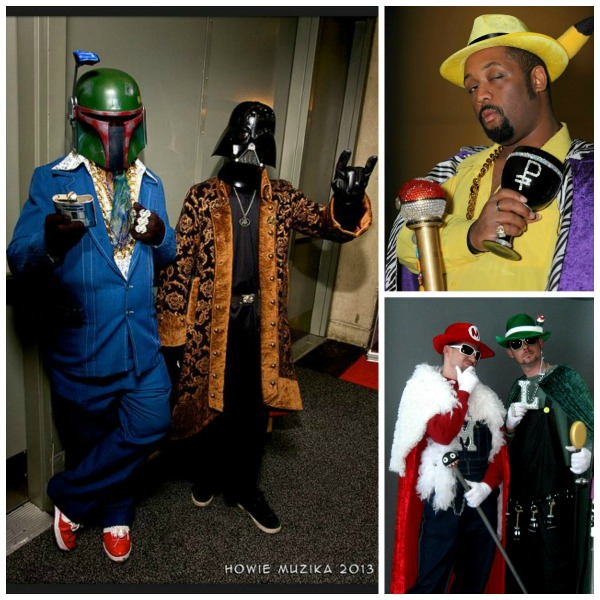 This mashup subset puts a cosplay character in pimp costume. It all started with Boba Phat and Darth Pimp's frequent appearances at the San Diego Comic-Con, but has grown to include Pimpachu as well as Pimp Mario and Luigi.

C-3P0 is Oracle Applesniffer, Han and R2-D2 are Samantha and Johnny of Double Monocle Cosplay.

Ballet cosplay is another mashup subset which favorite characters prepare themselves for an elaborate dance routine. I took these images of Star Wars ballet dancers at Wondercon. This Wonder Woman ballerina V Threepio, spotted at the San Diego Comic-Con, is also certainly en pointe.

All dressed up and nowhere to go but con, these dapper dressers prove being geeky doesn't mean you can't have a little class. A few examples include Ashley J. Long's stunning Alien beaded dress and headpiece as well as these Gotham gals I photographed at WonderCon who look ready to dance the night away with Bruce Wayne.

The Catwoman costume is modeled by Virginie Chomicki and is the work of artist and photographer Sacha Goldberger. The Star Trek uniforms are created by cosplayer Genovefa (who is dressed as the Captain in the image).

Fionna by cosplayer Kaito Einsam. Velma is portrayed by The Queen of Chibiland and photographed by City Light Studio.

For those who want to take their character into a dark future rather than the distant past, there's always apocalyptic cosplay. A few wonderful examples include this Fionna costume and this Scooby Doo and Velma shoot inspired by a Threadless tee.

Images by myself and Mike Rollerson

Some cosplayers prefer to take their costumes to a alternative timeline inspired by Jules Verne. We prefer the steampunk versions of pop culture characters like the Iron Man above, shot at the 2014 Comic-Con. The DC Steampunk Cosplay team is also particularly impressive as demonstrated in this photo.

Cosplay isn't just for the young and beautiful. For those that don't feel like measuring up to the beauty standards set by comic books and movies, there's always the option of portraying that character as retired. Retired Wonder Woman and Superman are perfect examples. This Wonder Woman is actually a character you can book for your next party or event, while geriatric Superman is a cosplayer I spotted at last year's Comic-Con.