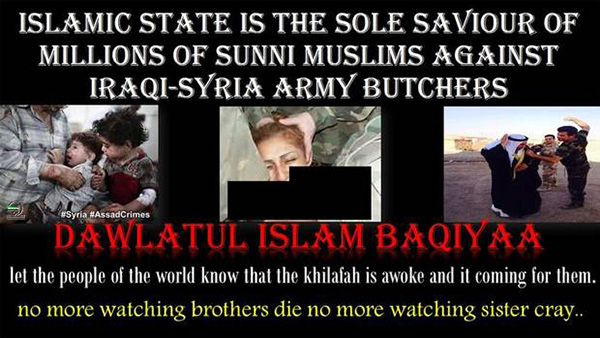 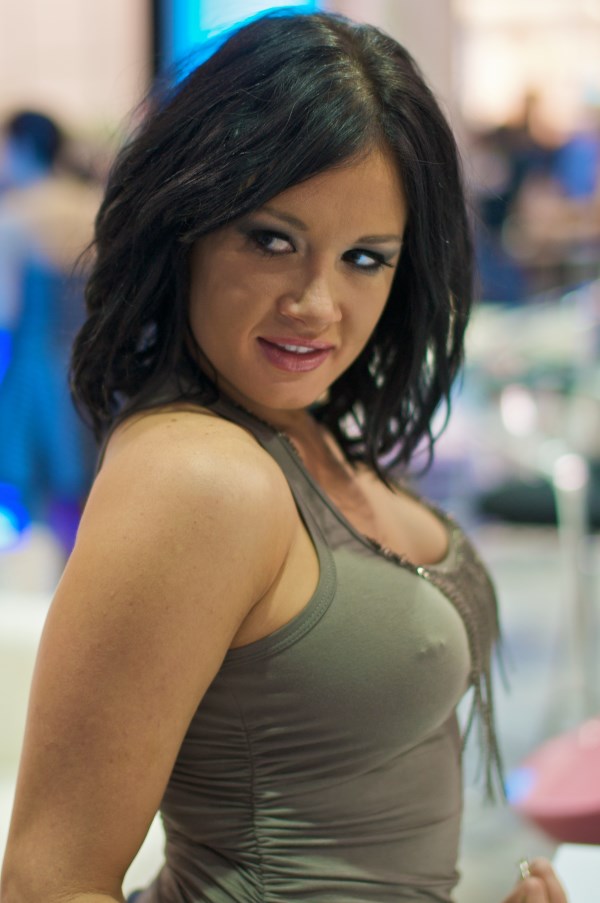 32-year-old Lane, whose real name is Lisa Piasecki, reportedly assaulted passengers and crew while Delta Flight 17 was in air. She was restrained for the last 45 minutes of the flight before it landed at LAX's Terminal 6, and was dragged into the terminal "kicking and screaming." Lane was detained by three flight crew members before also assaulting a police officer. 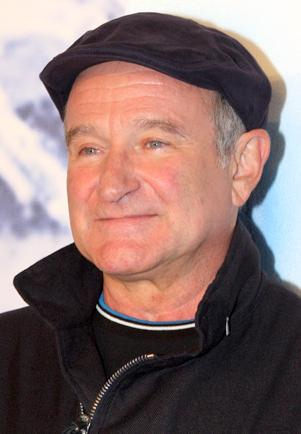 BBC Channel 5 will reconstruct Williams' final days – including a depiction of the actor taking his own life – for a series about the shocking deaths of celebrities.

Despite the outcry from Williams family, the show will still go on, but a source has confirmed that producers have already decided to tone down the death scene for TV. 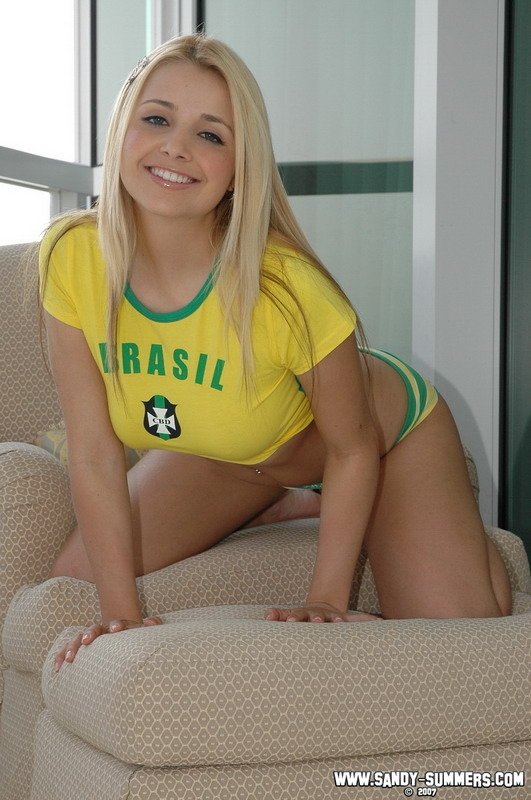 A few weeks ago we reported on an anonymous YouTube star who makes millions opening Disney toys and posting the videos online (See our list 8 People Who Make Serious Money on YouTube). Well, the identity of "DC Toy Collector" has now been revealed to be Brazilian Daiane DeJeus, also known as adult film star, Sandy Summers.

Despite this confirmation from various friends and family, DeJeus has gone to unfathomable measures to ensure her identity remained secret and for good reason. The target market of the YouTube channel, which caters to Disney lovers such as children and families, may not remain viewers if they know the owner's secret.

DeJeus has been identified as the mystery unboxer by certain physical features seen on the woman's hands and arms in many of the YouTube videos. Neighbors also say she has an unmistakable voice and that many of them generally knew what she was up to.

What a career change for DeJeusm and we have to admit, we wish we'd thought of it first! 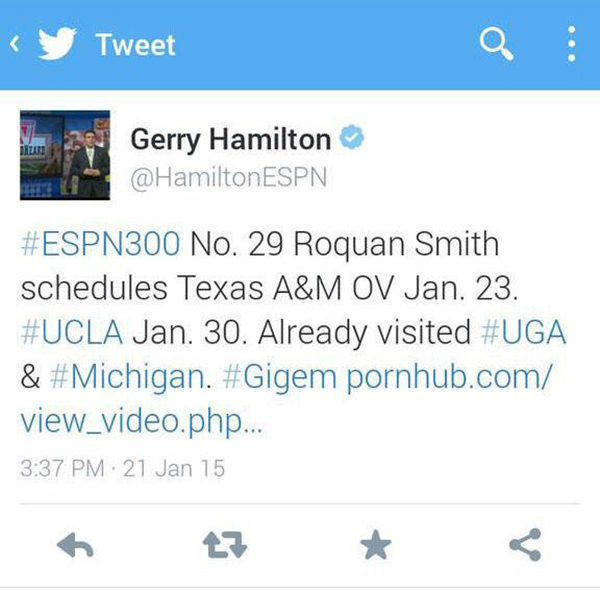 In January 2015, ESPN had been naming the top 300 potential recruits in college football. These are student-athletes still in high school who will be going to play for a college of their choice in the coming year. Hamilton tweeted who ESPN had decided was number 29 – and what adult video clip he was watching.

Needless to say, the tweet was immediately taken down, but not before some of Hamilton's followers took a screenshot.

The clip was uploaded to the band's site where it was watched by an anon WBC member for 41 minutes. This is was not lost on the band who tweeted, “That's longer than the video on your lawn!!!”

Jiang, a former contractor at NASA's Langley Research Center in Hampton, Virginia, was fired from his job because of pressure from Republican congressman Frank Wolf of Virginia. Wolf believed Jiang and other Chinese engineers employed by NASA contractors were a security risk.

What Wolf based this belief on we don't know, but there was no evidence of any sensitive material on the laptop, and Jiang didn't have high level clearance at Langley as an employee of the National Institute of Aerospace. Since he had lost his job and his work visa was expiring, Jiang simply was going home—with a little entertainment.

A press release issued by Wolf after the arrest and copy of Jiang's arrest warrant have since disappeared off the congressman's website. 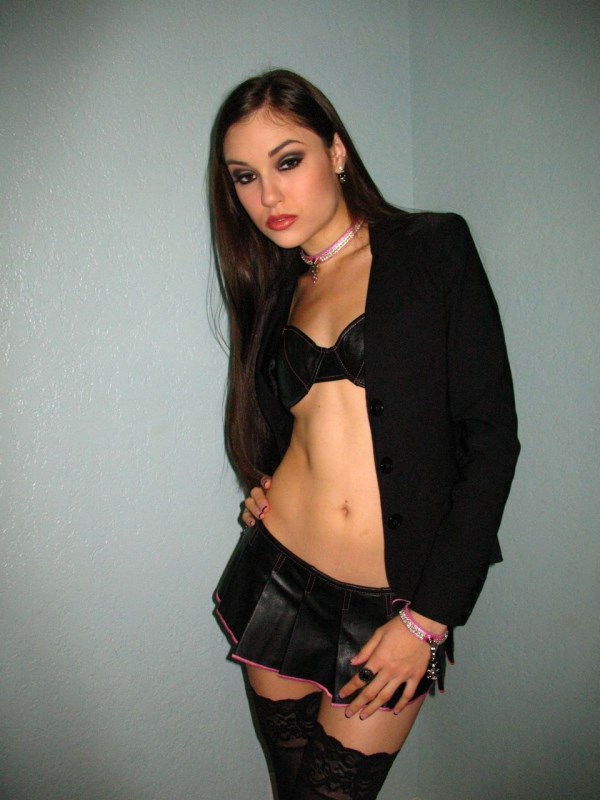 Grey's image appeared on Russian social media, along with a fake name, “Sasha Serova,” and a story about how she was a nurse who was captured by members of the Ukrainian military.

In the post, which was shared more than 3,500 times, the soldiers filmed themselves “humiliating” her – a reference to her former career – “before chopping her body up with an ax."

Grey immediately debunked the rumor. She tweeted, "I love my Russian fans, but this propaganda takes it too far. News that I was a NURSE killed in the Russian/Ukraine conflict. #fuckpropoganda." 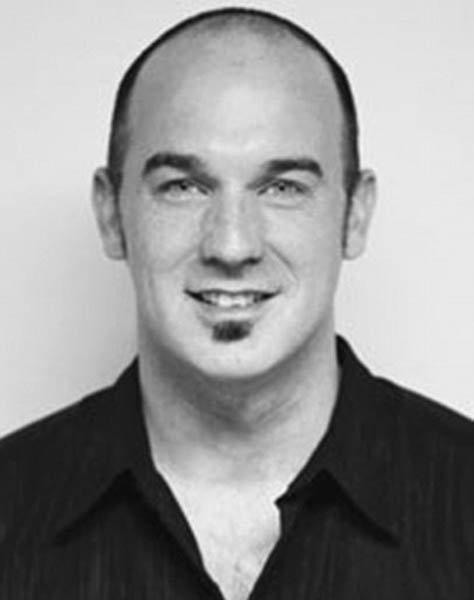 Mitchell Hapner, 41, of Kalamazoo, Michigan was arrested after police identified him as the ax-wielding man witnesses saw fleeing from an adult video store that had been set on fire.
When they attempted to question Hapner, he led police on a brief car chase before crashing his vehicle.

Hapner's family said that they had been trying to get help for his mental illness for years, but were stopped by a broken mental health system. In previous encounters with police, he has said that he had received a "prophecy from God" which is what likely influenced his decision to destroy the store.

The owners of the video store, called Hollywood Nights, set up a GoFundMe page to help rebuild their "family business," but the page was later disabled.Their shop was uninsured and they planned to raise $300,000.

Fortunately, no one was injured in the fire. 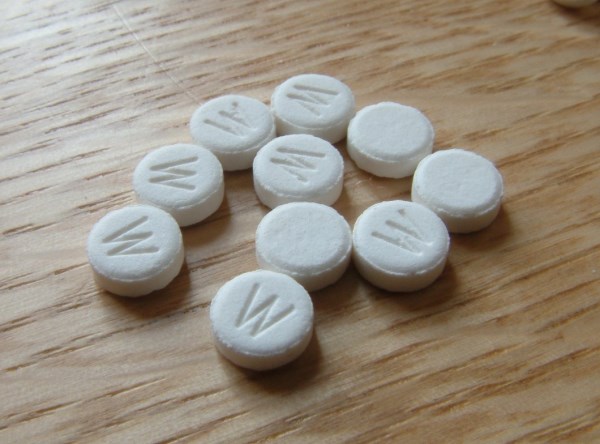 Kevin Wallin, a 61-year-old Connecticut priest nicknamed "Monsignor Meth," pleaded guilty to allegations that he made more than $300,000 in methamphetamine sales out of his Connecticut apartment, while also running an adult video and sex toy shop.

Wallin resigned from his Bridgeport post in June 2011 and was allowed to take a sabbatical. Church authorities reportedly had become alarmed by Wallin's behavior after they discovered he was a cross-dresser and was having sex in the rectory of St. Augustine Cathedral in Bridgeport.

Prosecutors say Wallin (also a meth addict) made $300,000 in methamphetamine sales from his apartment and from the parking lot of an adult bookstore he owned. The bookstore – which sold pornography and sex toys – was believed to be a front business for Wallin to launder his drug money.

He faces 11 to 14 years in prison. Charges against four other people arrested in the case are pending.