1The mascot who saved a woman from kiss cam humiliation 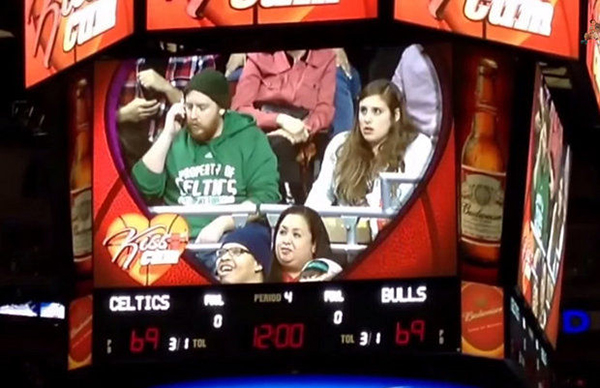 It looks like it could have been staged (as so many kiss cam moments do, and likely are), but we don't care, we love it anyway. Watch what happens when a couple is caught fighting because a certain preoccupied "gentleman" wouldn't get off the phone to give his humiliated girl a smooch at a Celtics-Bulls game. We won't give it away, but Bulls mascot Benny the Bull does indeed save the day! Watch below:

2The sibling who came prepared for the kiss cam's wandering lens 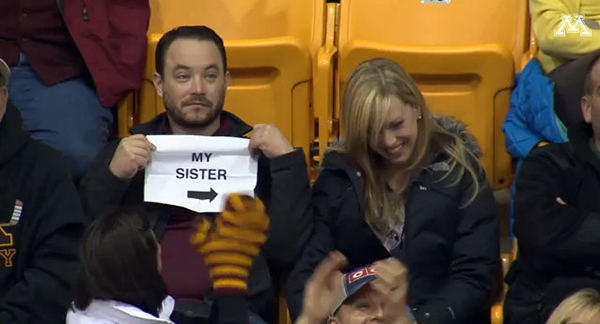 It pays to be prepared when you bring your sister to a sporting event on Valentines Day – just ask University of Minnesota alumnus Adam Martin. He brought his sister to a Gophers hockey game on February 14, 2014 and warned her they may end up on kiss cam. Martin's sis Maria scoffed at the notion, but sure enough, the unthinkable happened. However, Martin was ready –when this kiss cam scanned the crowd in the third period, the quick thinking man whipped out a piece of paper and held it in his lap while they stared at the first two couples on the big screen. When the camera locked in on the siblings, Martin held up a sign showing the world that he was indeed sitting next to his sister.

The video of non-kissing couple has since gone viral, with 17 million views and counting. Martin hopes he won't find himself next to his sister on kiss cam again.

"The goal is next year not to bring my sister to the Valentine's Day game. Hopefully I get a date out of this," he said.

As for Maria, if lightening strikes twice, she'll be ready. She said she would hold up a sign that says: "Older brothers are so embarrassing."

3The couple rooting for opposing teams who couldn't quite pucker up

In September 2014, a couple attending the Los Angeles Dodgers' 4-2 victory against the San Francisco Giants were shown on the Dodger Stadium video board during the kiss ca" segment. He donned a Dodger's cap while she was replete in Giants finery. Would they overcome their differences for the cameras? Hardly. Once they realized they would be famous for a few seconds, they took the opportunity to dump beer on each other's heads.

4The actors who made out on kiss cam 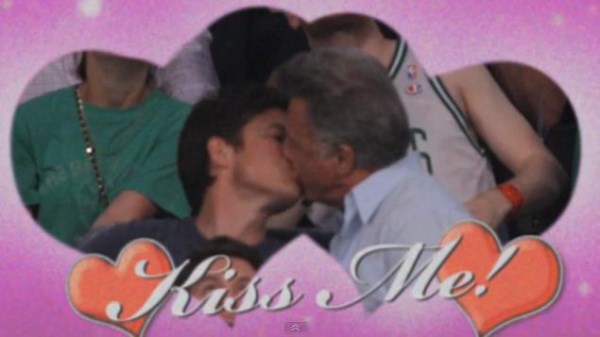 How did actors Justin Bateman and Dustin Hoffman end up in a lip lock at a Lakers game in 2010?

Hoffman explained that he and his wife Lisa had been on a voyeuristic roll at Lakers games: the first time the kiss cam found the couple, Hoffman turned toward his wife and made out with her. The second time, he did a “subtle” saunter southward.

Hoffman explained on the Graham Norton Show that by the seventh or eighth time the joke had run out of steam. That's when Hoffman enlisted the help of Bateman and his wife – should the kiss cam find the celebrity couples, Hoffman would lean in to kiss his wife, but reverse course and make out with Bateman instead. 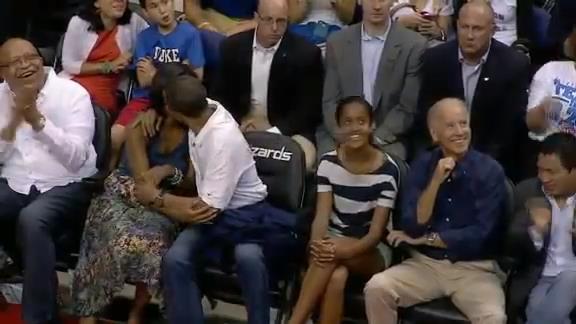 The Obamas had just arrived at a U.S. vs. Brazil exhibition game in 2012 and hadn't initially noticed when they were put up on kiss cam, which prompted the crowd to start booing. First daughter Malia Obama came to the rescue and orchestrated her parents' second Kiss Cam appearance. She told her parents, "After the second half, I've arranged for you to get another chance on the kiss cam." The second time, the Obamas delivered! 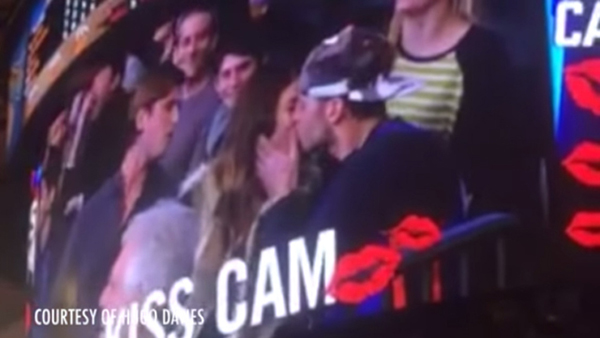 Watch as a woman gets revenge on her indifferent boyfriend. How? She shrugs him off and kisses the stranger next to her instead. This eventually attracted the attention of her furious boyfriend who spent the rest of the game stewing while crowd members congratulated the quick-thinking kisser nearby.

(Again, we don't know if it's real, but it sure makes for fun entertainment!) 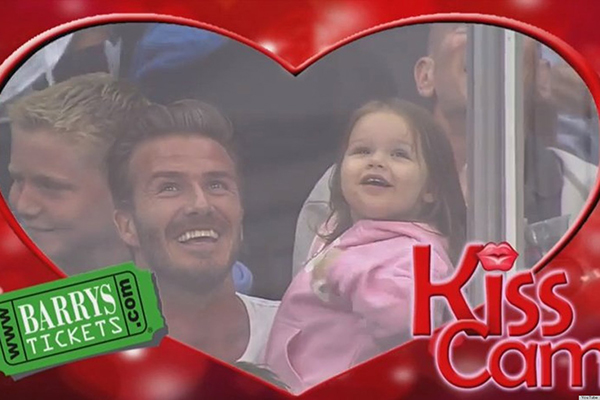 Doting dad David Beckham was caught on kiss cam with his adorable daughter Harper at the Los Angeles Kings game against the San Jose Sharks during the NHL playoffs at the Staples Center in Los Angeles in May 2013. When the camera focused on the sportsman, he was quick to point out to his adorable little girl that they were on the big screen before showering her with kisses.

8The kiss cam camera operator who cut away too soon 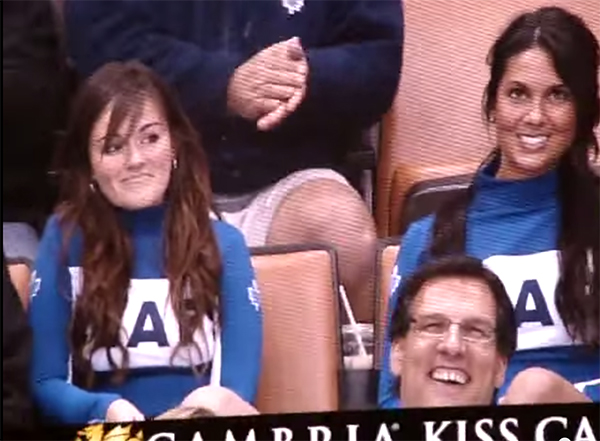 The cameraman involved in this kiss cam incident raised the ire of sports fans everywhere after shooting these two female fans of the Toronto Maple Leafs in 2011. We'll let you decide if he should have kept his job or not. 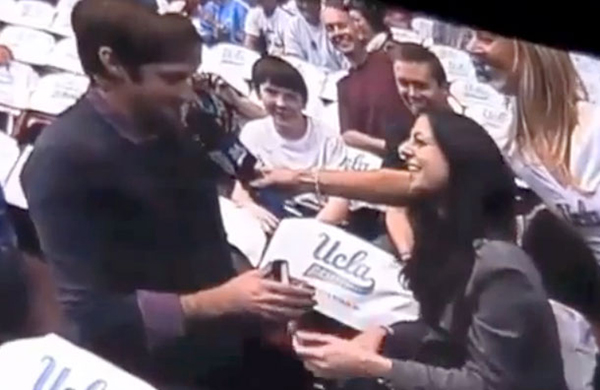 Ouch. It's probably not the best idea to propose while the cameras are on you unless you are 100% sure she'll say yes.

During the December 23, 2012 game between the UCLA Bruins and Richmond Spiders, one man proposed to his girlfriend on "mistletoe cam" (the holiday equivalent of the kiss cam), and was soundly rejected. UCLA insists this was no stunt, and we believe it. Even the emcee is at a loss for words.

Watch below – if you can stomach it: