The word “flip” has many different meanings and can be used in a variety of ways. It can be a verb meaning to turn over. “Flipping somebody off” is also slang for giving someone the middle finger. It can mean reacting with anger. It can even be the first name of a legendary comedian who hosted a variety show in the 1970s. 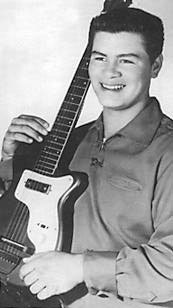 In February 1959, there was a major concert tour called the Winter Dance Party consisting of Buddy Holly, Ritchie Valens and J.P. Richardson, also known as “The Big Bopper.”

The music legends, along with Dion and the Belmonts, went through some pretty rough conditions on the winter tour. Their unheated bus often broke down, resulting in Holly's drummer, Carl Bunch, going to the hospital with frostbite. After a while, enough was enough. Holly and several others were going to fly to the next site after they finished a show at the Surf Ballroom in Clear Lake, Iowa.

Buddy Holly chartered a plane out of Fargo, North Dakota to fly his band out after one of the buses broke down. Richardson managed to get on the plane after pleading with Buddy Holly's guitarist (Waylon Jennings) for his seat. Another Holly guitarist, Tommy Alsop, claimed Valens begged him to get on the plane. The two flipped a coin to see who got the other seat – Valens won.

Dion has his own account of the story. He claims that the headliners flipped a coin to see who was going to fly. The Big Bopper and Dion won the toss. Then he discovered that the flight would cost $36, the exact amount of rent his parents paid monthly. The singer thought again about the cost and offered his seat to Valens, who accepted.

Regardless, all it took was a flip of the coin to change the course of music history forever. 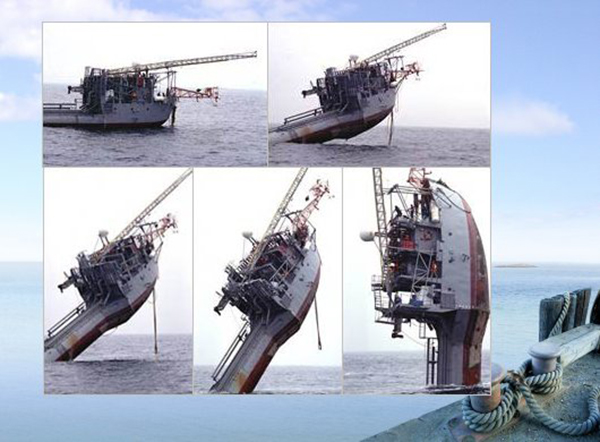 When you first look at this ship, you may think it is capsizing. It's actually a Naval research vessel that operates both horizontally and vertically.

The vessel transforms itself for vertical operation when 700 tons of seawater are pumped into the “handle” of the ship causing it to lower into the water and the bow to rise. This takes 29 minutes. Walls become floors and floors become walls and many surfaces inside the ship, like beds and shelves, rotate to the new orientation.

You better not be prone to vertigo if you want to be in one of these babies!

3The flipped over science center to flip over 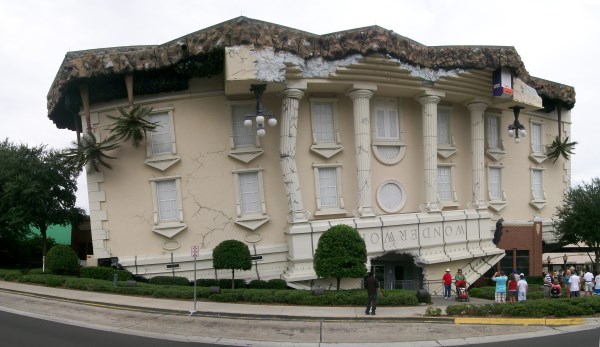 Want to go to an entertainment center focused on science, but with a little “kick” ? Then look no further than WonderWorks, an “amusement park for the mind.” WonderWorks' center is a flipped over, upside-down building that looks like it is standing on its head.

Visitors can partake in all sorts of activities at WonderWorks' from landing a NASA spacecraft at Shuttle Landers to braving 74-mile-per-hour hurricane-force winds or even forming 3-D impressions of their bodies into a wall of 40,000 plastic pins at WonderWall. (If you're old school, try your hand at lying on a bed of 3,500 nails.)

Of course, if science doesn't interest you, there's always the bar… 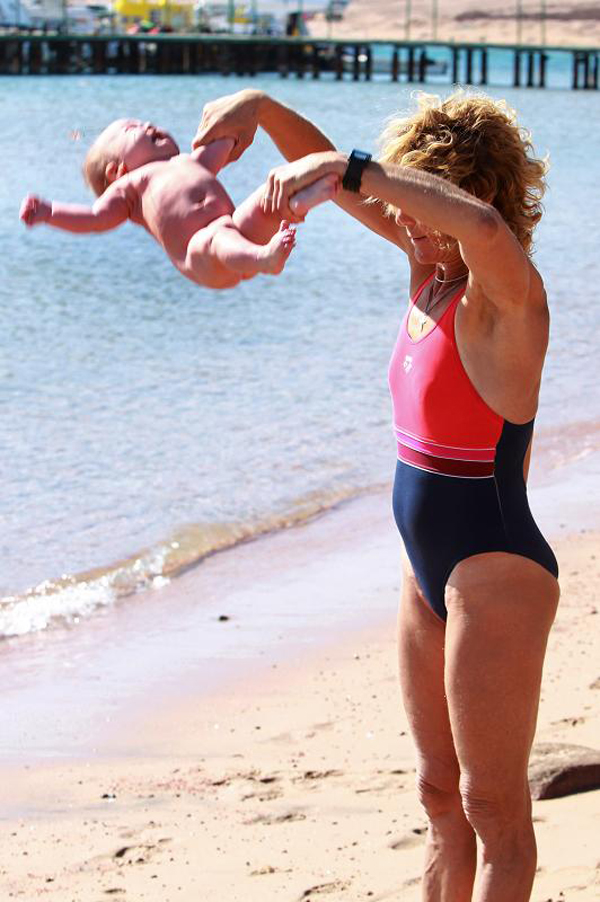 You may recall a video of a woman flipping and dangling her baby by a single limb that went viral several years ago, much to the chagrin of parents everywhere.

The baby flipper in question was Russian guru Lena Fokina. She claims her particular brand of “baby yoga” improves muscular abilities and development. Fokina elaborates: “Most people think babies can only lie on a bed, eat, and cry. But they are born with natural reflexes, which we can use to help them develop physically and intellectually.”

Some doctors aren't so convinced about Fokina's methods. They have long warned parents that “dramatic and unnatural movements” inflicted on a baby can lead to brain bleeding, retinal hemorrhage and brain swelling, commonly known as Shaken Baby Syndrome.

If baby flipping isn't for you, Fokina also offers a “water rebirthing” seminar that is designed to “repress trauma from birth.”

5The incredible flipping motorcyclist who landed on his feet 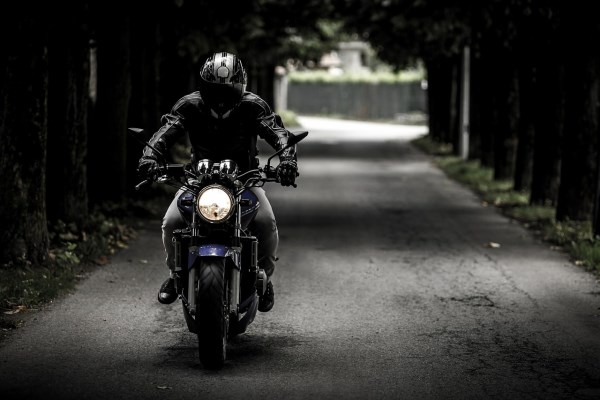 They say cats always land on their feet. They also say that cats have nine lives. The motorcyclist in this amazing video must have been a cat in a previous life.

The motorcycle slams into the back of the car, but flips over it and sticks the landing! Spider-Man would be proud!

6The comedian who inspired the strange, flippable doll 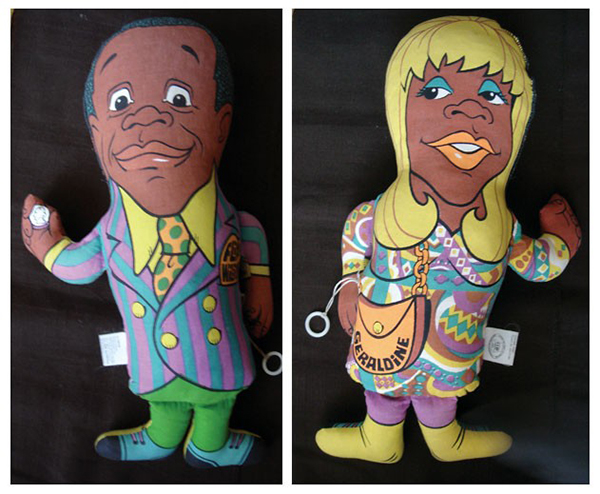 In 1970, comedian Flip Wilson launched a highly successful variety show that featured guests ranging from Muhammad Ali to Aretha Franklin with George Carlin and Richard Pryor on board as writers.

One of the more interesting items was a Flip Wilson doll. On one side of the doll was a dapper looking Flip in his best suit and tie. Flip (get it?) the doll over and you get the comedian dressed in drag as Geraldine. Pull the string on the side of the doll and you'll hear phrases like “Oh yeah? And I'll punch you right in the fist with my face!” and “Help me! They've got me trapped inside of this doll!”

Fun for the whole family!

7The people who consider flipping a fish bad luck 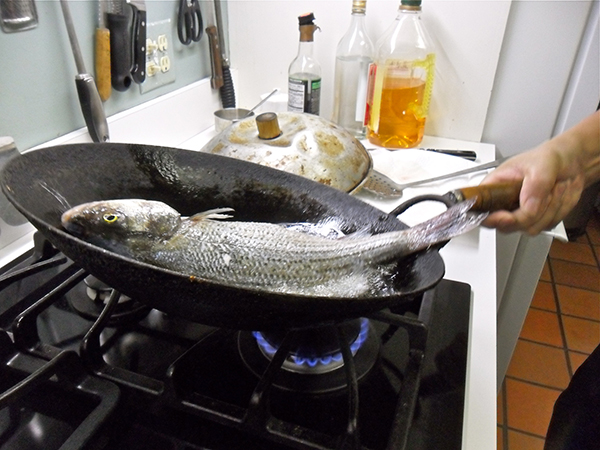 Although you might be used to flipping over a whole fish once you've finished one side, don't, at least when you're in southern China and Hong Kong. That's because flipping the fish is "dao yue" in Chinese, a phrase similar to "bad luck." Plus, "to flip the fish over is like saying that the fisherman's boat is going to capsize." The most superstitious will leave the bottom part untouched, while others will pull off the bone to get to the bottom. 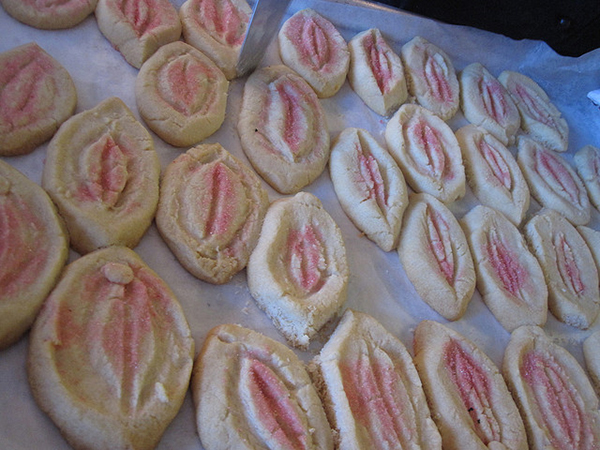 Here is a story that is straight out of the Vagina Monologues!

Reddit user JPstudly wrote about a teacher friend that had a student whose parent brought in some very questionable cookies. The Redditor wrote that when the teacher peeled away the aluminum foil covering the tray of cookies, she was shocked to see an assortment of treats that looked like various vaginas! “Not just any old vagina, but ALL KINDS OF VAGINAS. There were small, puffy, white, brown, shaved, bald, and even a fire crotch with beef curtains,” the Reddit poster wrote.

The teacher apologized to the parent saying that she couldn't give the cookies to the second-grade students, saying they weren't appropriate. The mother/cookie maker flipped out. She yelled at the teacher, saying things like she “should be proud of her vagina” before storming out of the classroom.

Later that night, the teacher received a deeply scathing email from the parent. In it, she called the teacher “closed minded,” and said that the educator should “inform people about the vagina and how to please it.” She ends the email saying “I hope you end up with an abusive husband that beats on you every night.”

9The woman who could flip her butt implant 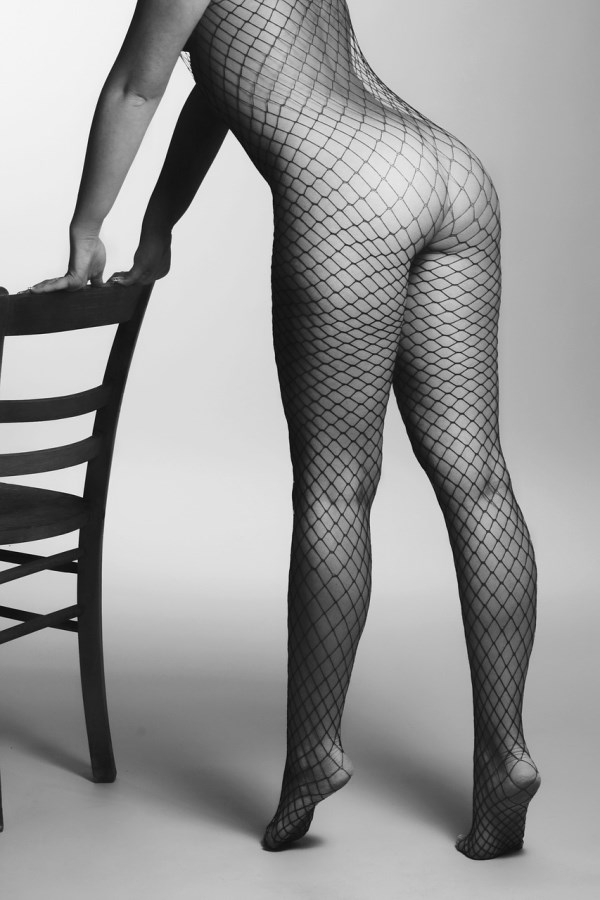 Love them or hate them, Kim Kardashian, JLo, Nicki Minaj and Iggy Azalea have all put made the large derriere fashionable. With larger butts now in vogue, women worldwide are lining up for butt implants.

However, for Renee Talley, butt implants became a nightmare. Talley had silicone injections in 2010, but six months after the procedure, she started developing serious health issues. The silicone spread up and down her legs and soon she developed an autoimmune condition. After being informed that the removal of the silicone and some tissue would leave her with “deformities,” Talley took another route and went for butt implants.

In 2012, she put a video of her showing off her implants on YouTube. Her video went viral, but not for the reasons she originally intended – she could literally flip her butt implants backwards.

Talley appeared on the E! TV show Botched with her butt predicament, and hopes that her horror story will make other women think twice before doing anything drastic to change their appearance. “I don't really look in the mirror at myself anymore because I'm not happy with the way my butt looks,” she said. “Once you ruin it, you can't go back and fix it.”

Buttock augmentation surgery has seen an increase of 58% since 2012.

10The man who exercised his right to flip off a cop 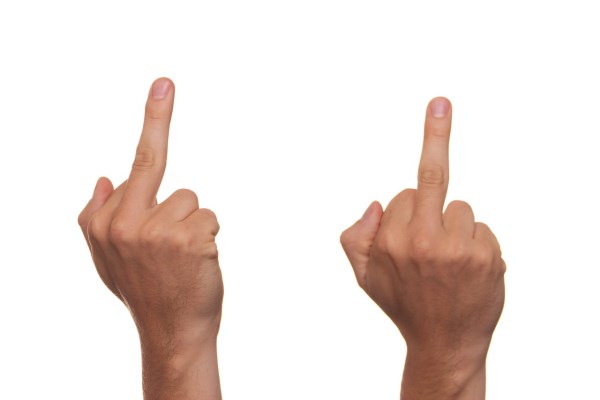 The retired Silicon Valley systems analyst turned mathematician claims he gave the finger to a passing policeman. With the deputy now in pursuit, Ekas said he opened his sunroof and again extended a middle finger. The deputy turned on his flashing lights. Ekas stopped and was cited for an illegal lane change and improper display of license plates. He was later acquitted of the charges.

Ekas then sued the Clackamas County Sheriff's Office and three of its employees, seeking corrective action and unspecified damages. The finger-giving driver claimed the traffic stops were acts of retaliation that violated his First and Fourth Amendment rights in the lawsuit.

This isn't the first time Ekas has flipped the bird at law enforcement. In August 2007, Ekas flipped off another deputy. Ekas again was detained but not issued a citation.

It is not known if Ekas was listening to Badfinger while exercising his finger flipping free speech.