1"Turkey's Away" - WKRP In Cincinnati 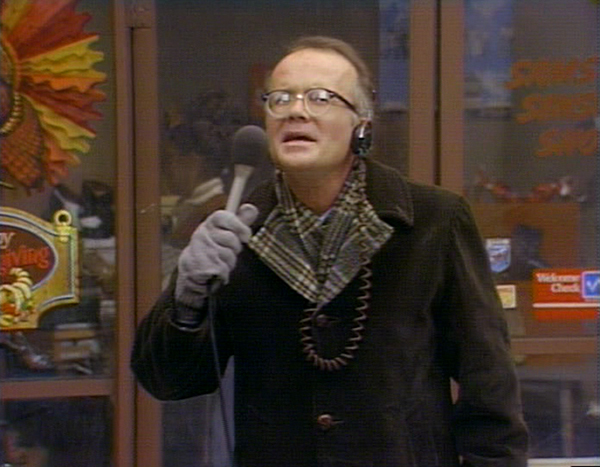 Of all the sitcoms to have tackled Thanksgiving, the "Turkeys Away" episode of WKRP in Cincinnati ranks as a classic among holiday episodes, but did you know it's based on a true story?

During the episode, Station Manager Arthur Carlson (played by Gordon Jump), arranged to have live turkeys dropped from a helicopter as an advertising stunt. Unfortunately for the birds this turned out to be a serious miscalculation – they plunge to their deaths, while WKRP newsman Les Nessman (Richard Sanders) gives the horrific and hilarious play-by-play.

According to WKRP creator and head writer Hugh Wilson, "Turkeys Away" actually happened.

Before coming to Hollywood, Wilson worked as the creative director for an advertising agency in Atlanta and was friends with many people who worked at WQXI, a then top rated rock station in the area. Jerry Blum, the station's general manager at the time, told Wilson about an ill-conceived promotion he helped put together years before while working at a Dallas radio station: dropping live turkeys from a helicopter above a shopping mall parking lot: “Jerry said to me … ‘Those [expletive] turkeys, I think one went through the windshield of a car. [And] when we saw the terrible damage we had done, we landed the helicopter in the parking lot of the mall and tried to set the turkeys on the ground for the people to pick them up, but they attacked people."

And the line "As God is my witness, I thought turkeys could fly" uttered by Gordon Jump? That's real too, it was just sanitized for television.

Wilson said, "Blum offered up this explanation: ‘I'm from Queens, New York, how the [expletive] would I know turkeys can't fly!'" 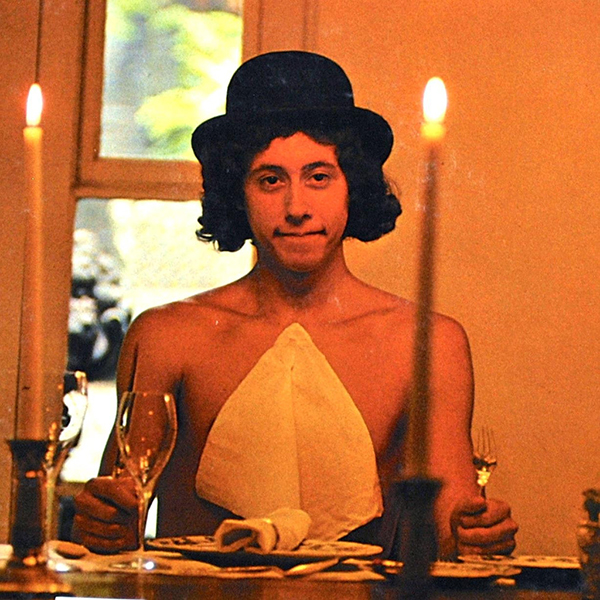 The 1967 folk song "Alice's Restaurant Massacree," originally written and sung by Arlo Guthrie, has become a Thanksgiving tradition in its own right and is also based on a true story.

"Alice's Restaurant Massacree" tells the (exaggerated) story of the events following a Thanksgiving dinner at the home of restaurant owner Alice M. Brock, who in 1964 used $2,000 supplied by her mother to purchase a deconsecrated church in Great Barrington, Massachusetts, where she and husband Ray lived.

In November 1965, Guthrie, then 18, and friend Richard Robbins, 19, were arrested by a Stockbridge police officer for illegally dumping some of Alice's garbage after discovering the town dump was closed for the holiday. The boys plead guilty before a blind judge, much to the chagrin of the arresting officer who came prepared with "27 8×10 color glossy pictures with circles and arrows and a paragraph on the back of each one explaining what each one was to be used as evidence against us." In the end, the judge gave the boys a slap on the wrist in the form of $50 dollar fine, and told them to pick up their garbage.

Later, when Guthrie was drafted and asked if he had any history of arrests, he recounted the incident and was and sent to the Group W bench, where draftees wait who cannot be inducted. The ironic punch line of the story is that, in the words of Guthrie, "I'm sittin' here on the Group W bench 'cause you want to know if I'm moral enough to join the Army, burn women, kids, houses and villages after bein' a litterbug." The officer eventually rejects Guthrie for military service, declaring "we don't like your kind" and sends his fingerprints to the FBI.

The song clocks in at 18 minutes and 34 seconds, and occupies the entire A-side of Guthrie's 1967 debut record album, titled Alice's Restaurant. A movie of the same name followed in 1969, also starring Guthrie. 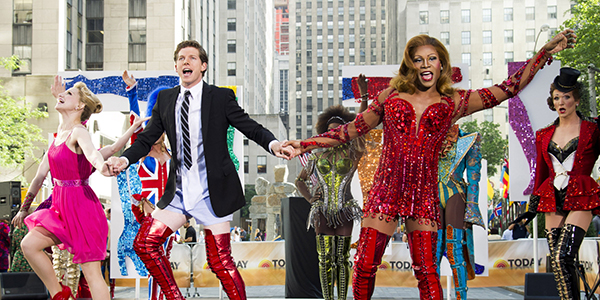 The Macy's Thanksgiving Day Parade in New York is a holiday institution and generally goes off without a hitch, but it has seen its share of controversy over the years.

The parade debuted in 1924 as the Macy's Christmas Parade with employees in gaily colored costumes accompanied by four marching bands, a live animal procession, and modest floats, celebrating a host of nursery rhymes figures. By 1927, the live animals were gone and helium balloons were added. By the 40s, the show was televised live. Celebrities from the big and small screen became part of the show, which eventually was televised in its entirety.

Some dubious moments in the parade's history:
• Munsters' stars Fred Gwynne (Herman Munster) and Al Lewis (Grandpa Munster), appeared in the 1964 parade in their ghoulish costumes, riding along in their "Munster Koach" car. Gwynne was high on "nerve medicine" and began cursing at the crowd and while passing hosts Lorne Greene and Betty White in the media box, Herman Munster fired off a rude expletive in their direction.
• In 1997, high winds pushed the Cat in the Hat balloon into a lamppost. The falling debris struck a parade-goer, fracturing her skull and left her in a coma for a month. She sued the city for $395 million and “settled for an undisclosed sum” in 2001. Size rules were implemented in 1998, banning larger balloons. The same high winds also caused the New York Police to stab and stomp down Barney and the Pink Panther over crowd concerns.
• The M&M's balloon caught on a streetlight in Times Square in 2005. Two sisters were struck by falling debris, and suffered broken teeth and other injuries. The balloon was retired after 2006, and replaced by a float saluting Broadway theatre and musicals. The sisters made off with lifetime supply of M&Ms.
• In 2012, a clown, 67-year-old Robert Blasetti, went into cardiac arrest as he made balloon animals at Sixth Avenue and West 39th Street. He was pronounced dead at a nearby hospital.
• A year later, conservatives took to social media to complain about the inclusion of a musical number from the Broadway play Kinky Boots during the parade. Kinky Boots, the story of a struggling shoe factory owner who teams up with a drag queen to save his business, is infused with a message of acceptance and celebration of diversity, but the point was missed on many who argued that the parade was "family" entertainment.

4"The Little Atheist" - All In The Family 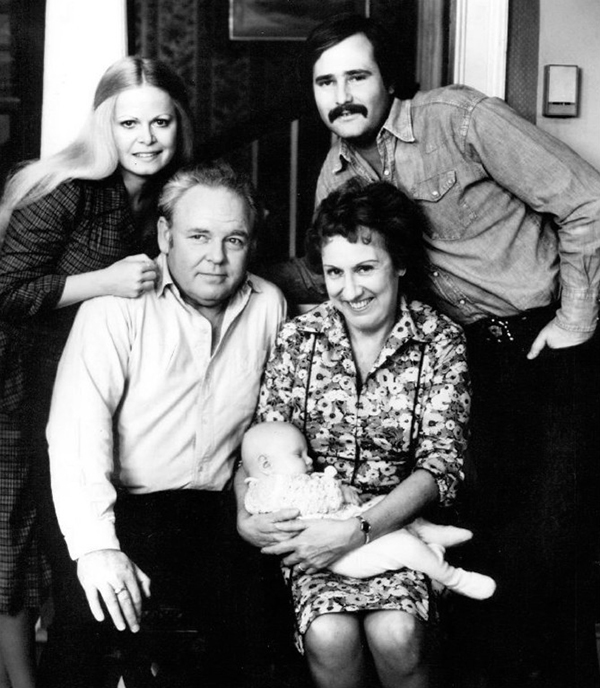 Ahead of its time or simply a product of its time, the sitcom All In The Family broke all the rules and created classic and controversial television that has been virtually unrivaled since.

Considered one of the greatest shows of all time, All In The Family tackled topics on television that no one else dared. Race relations, gender roles, homosexuality, war, economy, political current events, abortion, rape and child custody were not part of television's vernacular, and if they were, certainly not in a sitcom. (Remember, this was before cable.)

"The Little Atheist" from 1975 was no exception. During the episode, Archie Bunker's pregnant daughter Gloria cooks her first Thanksgiving dinner. Archie tells his daughter and son-in-law Mike that he would like the baby to be raised Christian. Mike and Gloria, however, have different ideas – they want the baby to decide for himself when he's older. It almost goes without saying this decision flies in the face of Archie's beliefs. Watch below: 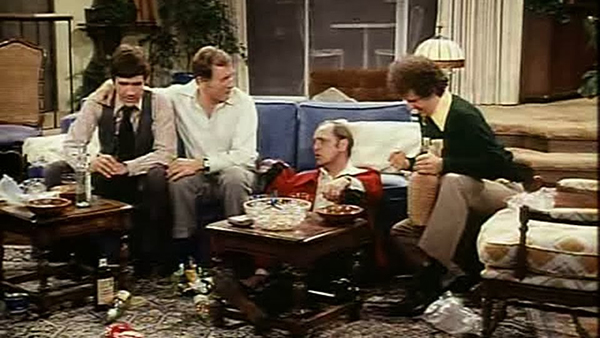 TV Guide rated the "Over the River and Through the Woods" episode of The Bob Newhart Show at #9 of the 100 Greatest Episodes Ever. It's also Newhart's favorite of his shows, and even spawned a drinking game.

In the episode, Newhart (as Bob Hartley) decides to stay behind when his wife Emily goes to Washington to visit her family. He brings what passes for his male friends together to celebrate both Thanksgiving and the William & Mary game. Whenever a team scores, the men take a drink and proceed to get sloshed. Bob's phone call to order Chinese food for the hammered group is regarded as golden moment in sitcom history: "Moo goo goo goo? Maybe I'm ordering Chinese baby food."

The episode also spawned the college drinking game "Hi Bob," where participants down a shot every time those words are spoken during an episode of the show. 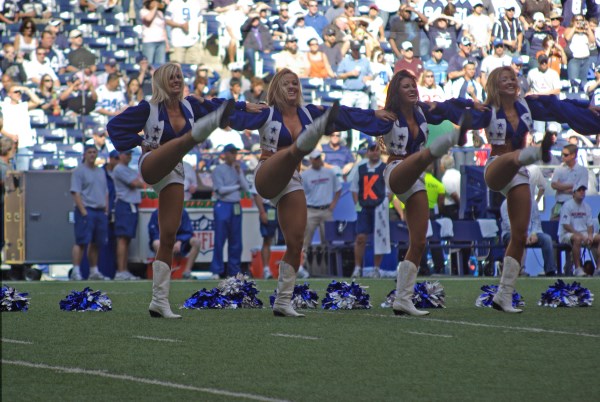 Ever wondered why the Detroit Lions and Dallas Cowboys always play on Thanksgiving, regardless of their records?

The Lions started in 1929 in Portsmouth, Ohio, as the Spartans. Portsmouth wasn't quite big enough to support a pro team in the young NFL, so a Detroit radio station owner, George A. Richards, bought the Spartans and moved the team to Detroit in 1934.

While the team was solid, it was still second to the the Detroit Tigers, and could only command a small amount of interest. Richards came up with the idea of having the team play every Thanksgiving. As his was was one of the bigger radio stations in the country at the time, he had considerable clout with his network and convinced NBC to broadcast a Thanksgiving game on 94 stations nationwide. The move worked brilliantly and a tradition was born.

The Cowboys joined in on the tradition in 1966 under general manager Tex Schramm. Fans showed up in droves for the Thanksgiving game – the team broke its attendance record as 80,259 crammed into the Cotton Bowl. The Cowboys beat the Cleveland Browns 26-14 that day, and a second Thanksgiving football tradition caught hold. Since then, the Cowboys have missed Thanksgiving games only twice. 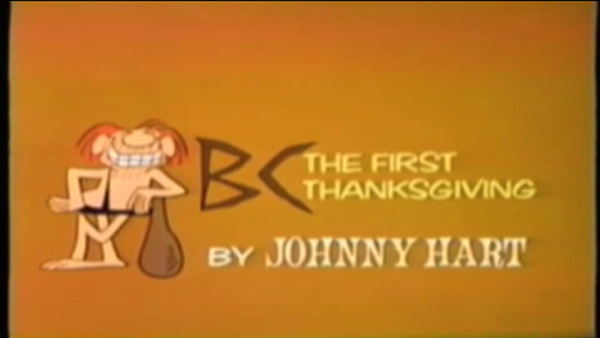 This 1973 animated version of the Johnny Hart comic strip is on quite a few "worst of" lists, but to the average kid in the 70s, it was a pretty accurate depiction of the comic strip.

B.C.: The First Thanksgiving aired NBC-TV on November 19,1973 and was produced and directed by long-time Chuck Jones animator Abe Levitow. The story follows the prehistoric cave clan of Wiley, Peter, and Thor while they are are trying to track down a turkey so that Fat Broad (we know, we know, Fat Broad is not a very PC name, but it was another time) can add it to her tasty rock soup. The only problem is that no one has ever seen a turkey before. Meanwhile, the terrified turkey is on the run. Hilarity ensues.

B.C.'s creators wanted to duplicate Peanuts successful transition to TV, but only one more animated special, B.C.: A Special Christmas, was made in 1981. Johnny Hart continued creating the comic strip until his death in 2007. It's still running today as a weekly strip thanks to his grandson.

8The Thanksgiving Episodes of Friends 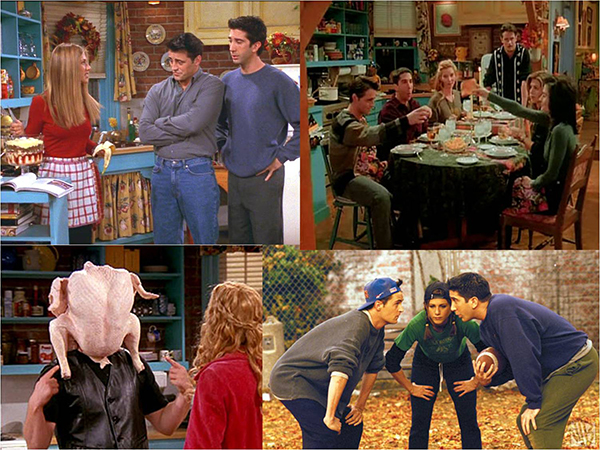 It's hard to say which one is ranked as the best of the Thanksgiving episodes. While several critics have lauded "The One Where Ross Got High," as the cream of the crop, others have insisted "The One with the Late Thanksgiving" is the top ranking episode. While we can't make a decision, we suggest you add all the episodes to your binge watching list. Happy Thanksgiving!