A selfie during a fire? Really? Check out these very inappropriate selfies taken with absolutely no sensibility.

1The Auschwitz Selfie (with Emoji) 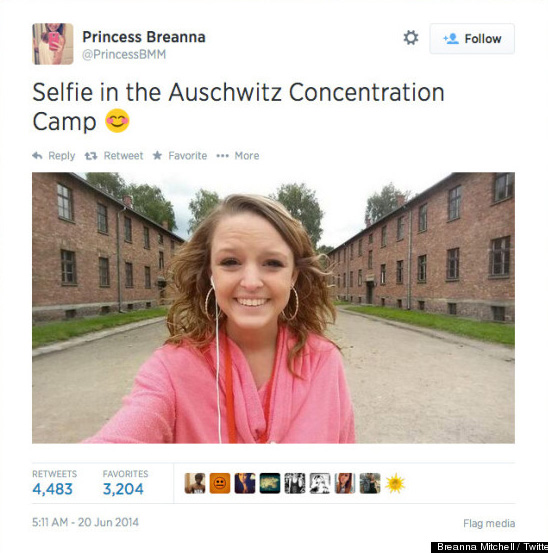 Talk about inappropriate selfies! Needless to say, the image has gone viral and reaction has been strong and swift. (Brenna has received death threats.)

She has since tried to defend herself by explaining that she had been meaning to take the trip with her late father and said, "That trip actually meant something to me and I was happy about it."

2The Wisconsin National Guard ham it up with coffin 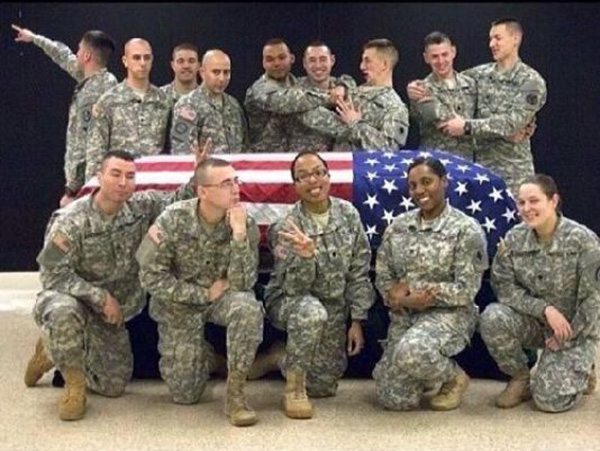 While the coffin was empty, the Wisconsin National Guard caught flack for this questionable selfie. Its caption, "We put the FUN in funeral — your fearless honor guard from various states…”

3Duckface at the Berlin Wall 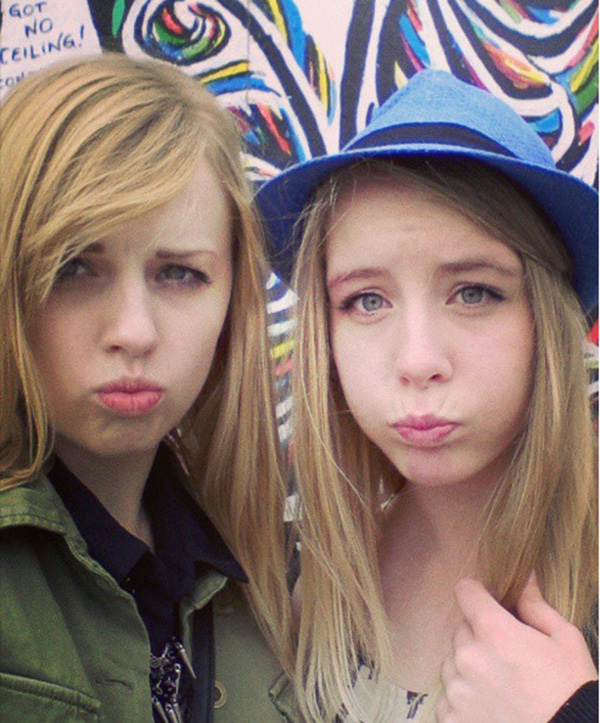 Just what the symbolic boundary between democracy and Communism during the Cold War needed – more duckface. 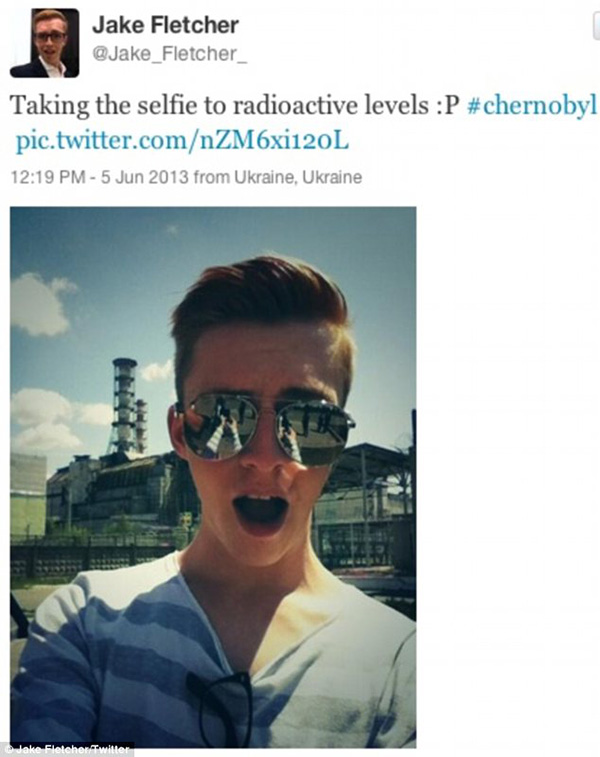 Indulging in an atomic photobomb.

5Thumbs up to a natural disaster 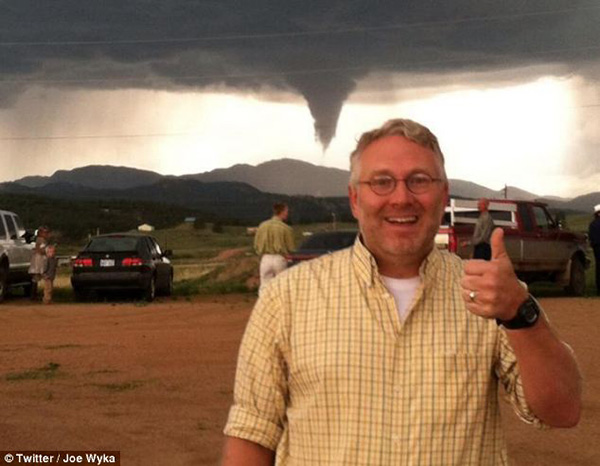 While most tornados have speeds of less than 110 miles per hour, extreme twisters can reach speeds up to 300 miles per hour. Not even the "Fastest Thumb In The West" could outrun that. Let's hope he didn't have to. 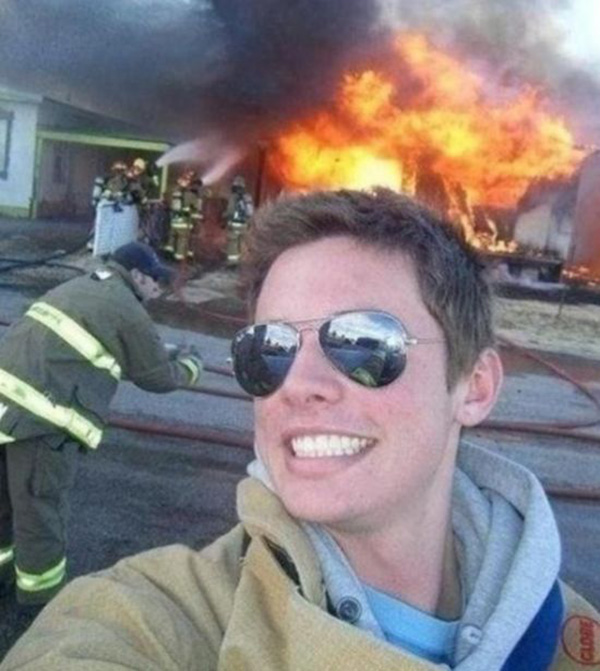 Obviously not his house. 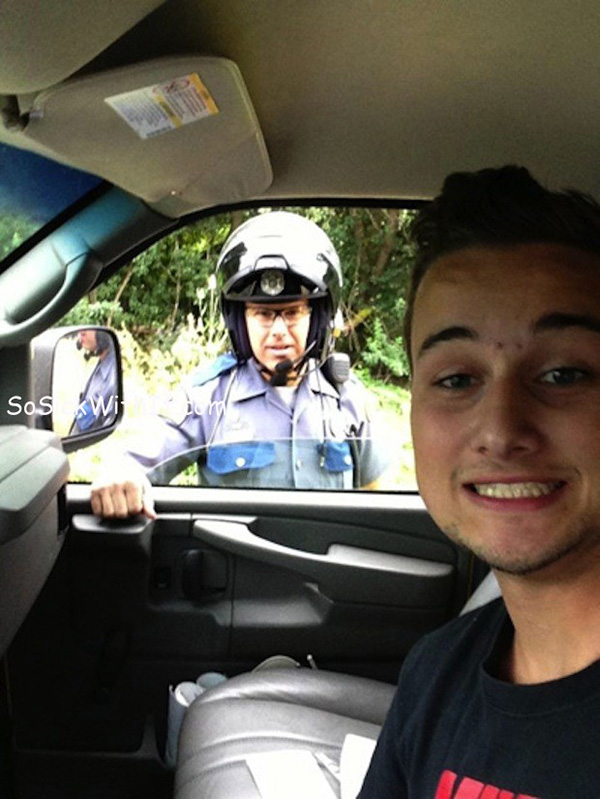 As we all know, police officers generally don't like their photos taken while on the job. Do you think he got off with just a warning, or worse?

8Not helping the homeless 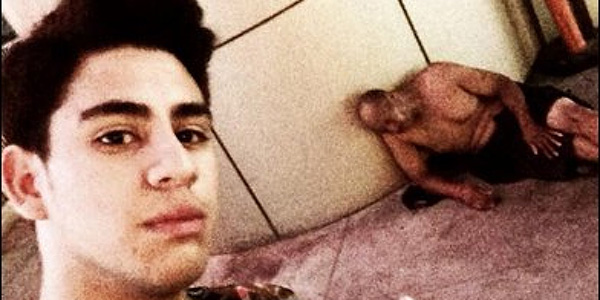 9A member of the mile high selfie club 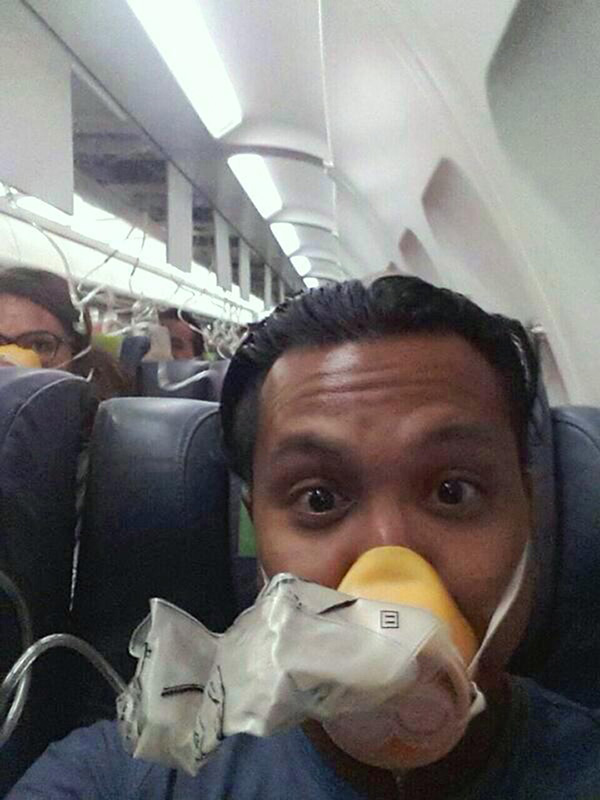 In the event of a cabin depressurizing to the point oxygen masks are deployed, the very last thing on my mind would be, "they are gonna love this on Instagram!" 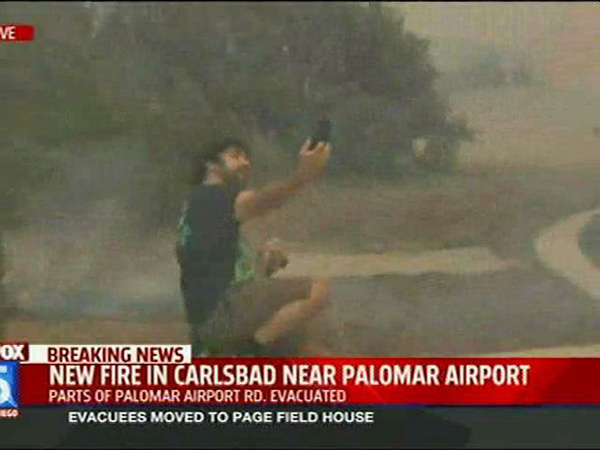 Like a tornado (see #5), the speed at which a wildfire can destroy everything is also pretty quick. In other words, get the hell out of there! 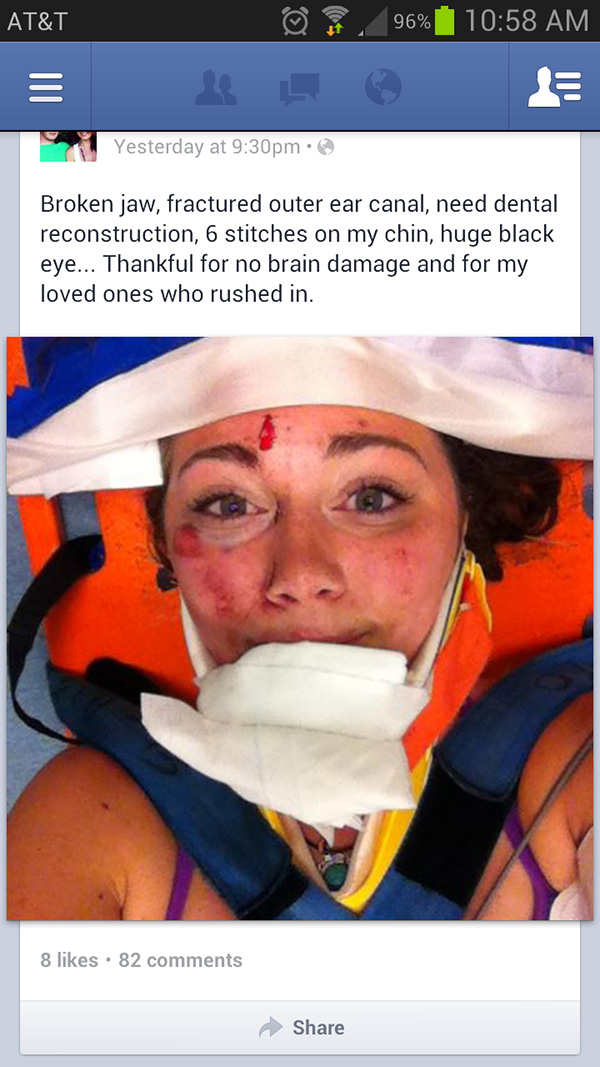 Give yourself time to heal and put the phone down.

12The suicide selfie on an LA freeway 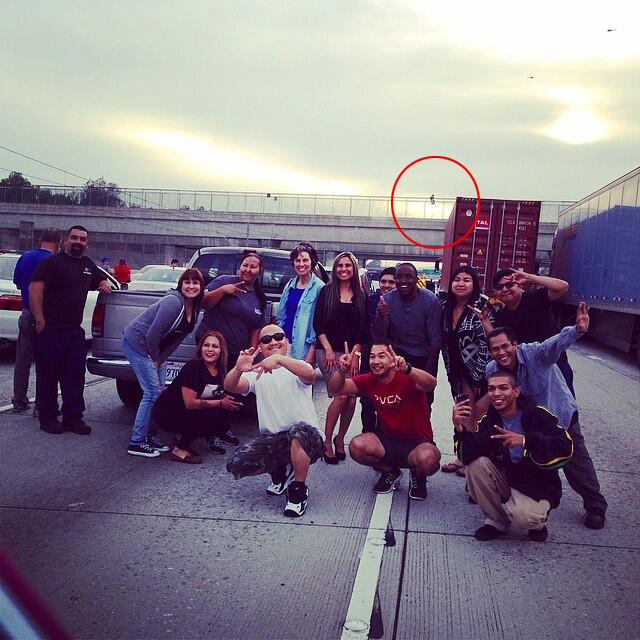 Check out this happy-go-lucky group posing in front of an overpass on I-105 in Los Angeles with a suicidal man in the background. 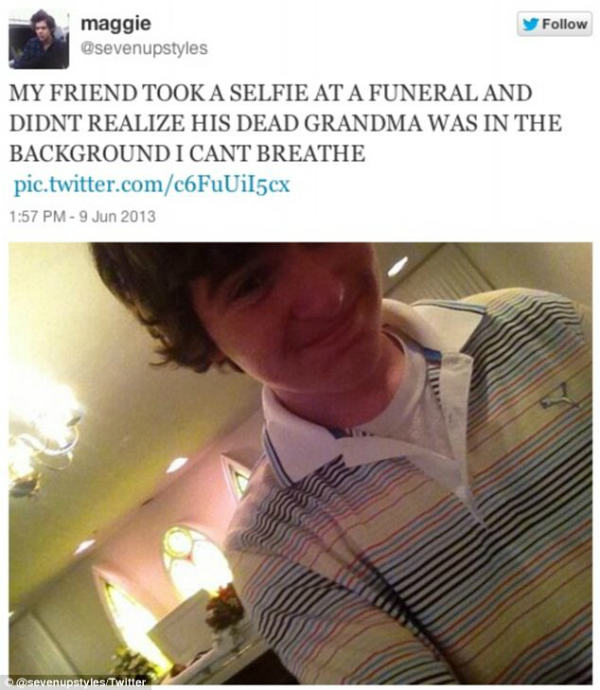 Is that grandma's coffin in the background? 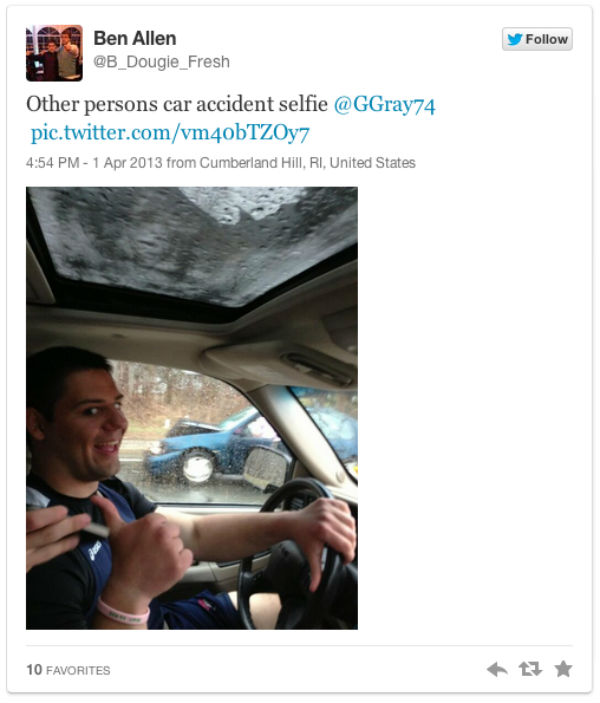 Really nice of you, dude. 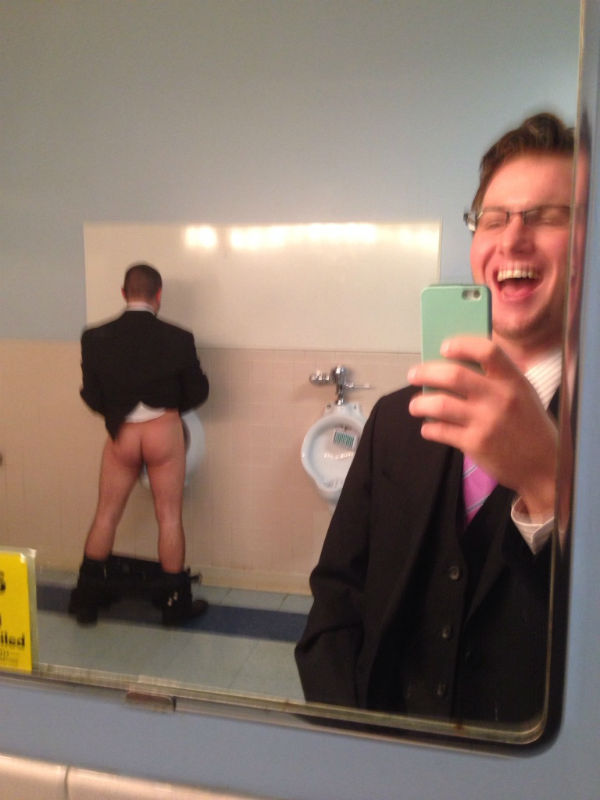 Was it really necessary to take your pants all the way down?