When photography was a new art form, it was expensive and the process was laborious. Post-mortem photos or memento mori (Latin for "remember that you will die") were often the only time a person was photographed. Check out these 18 examples of memorial photos from the Victorian age. 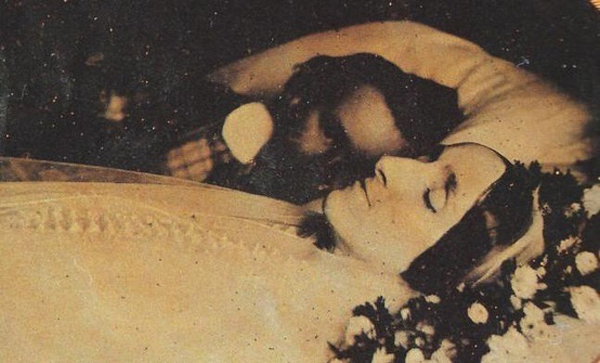 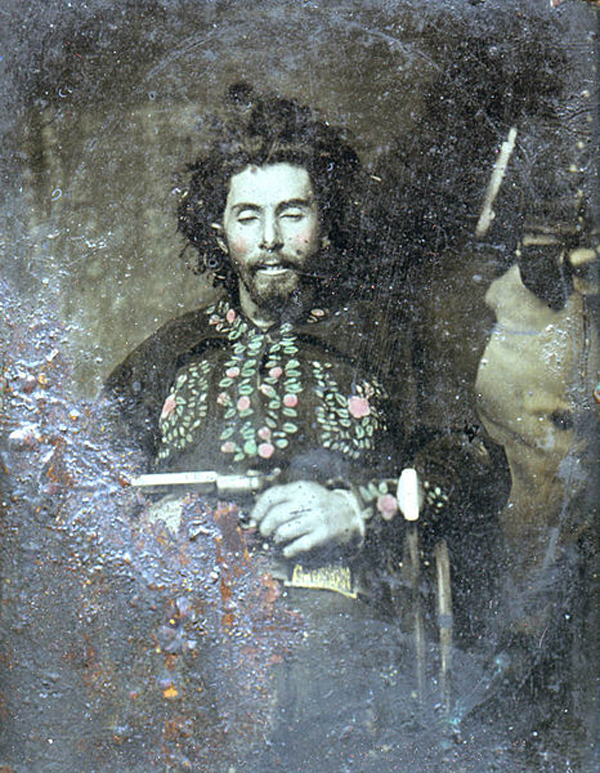 The body of William T. Anderson who fought for the Confederacy during the Civil War. 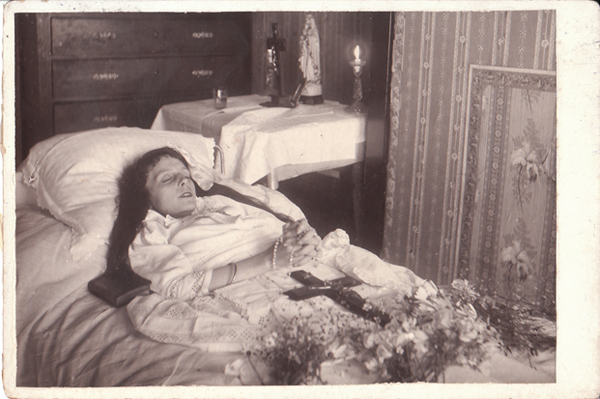 Flowers and religious statues were often used as props in post-mortem photos.

This photo was taken by photographer R. Dechavannes, whose studio was located in Paris. 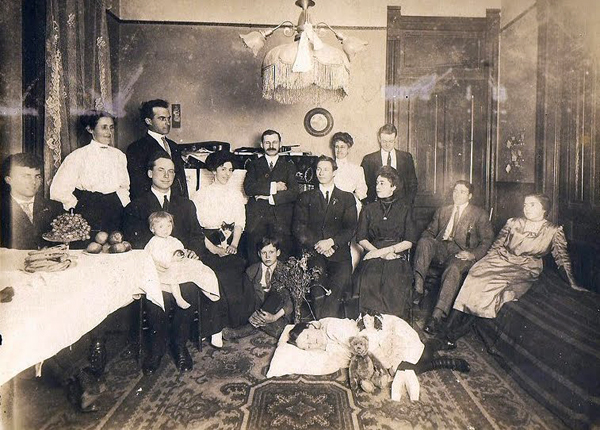 The deceased is lying on the floor of the parlor surrounded by family members. 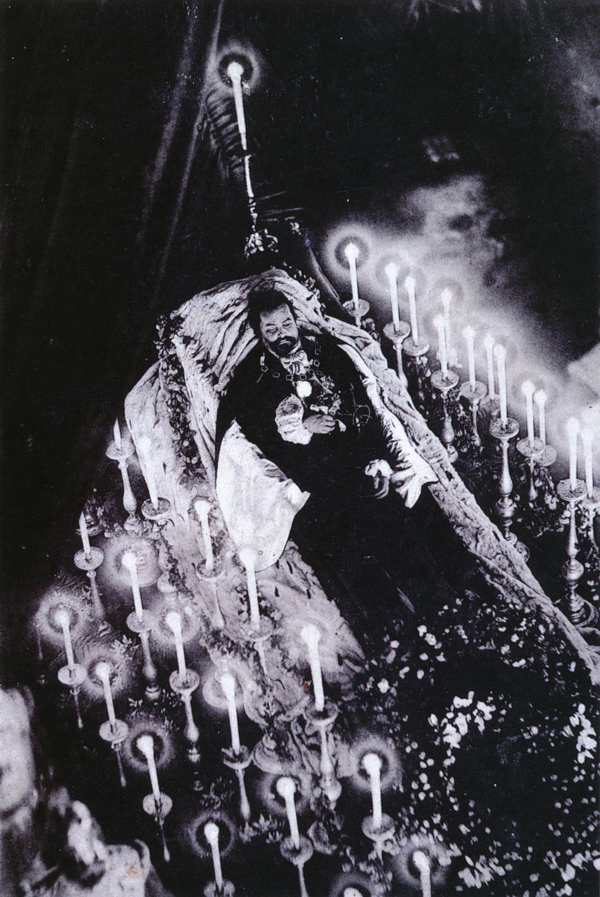 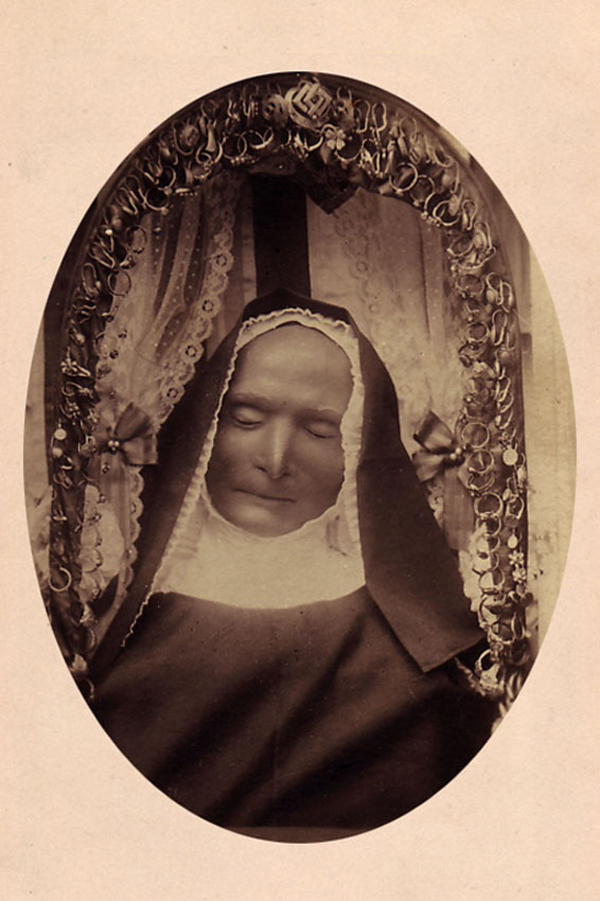 A photo postcard showing a dead nun in Palermo, Sicily. 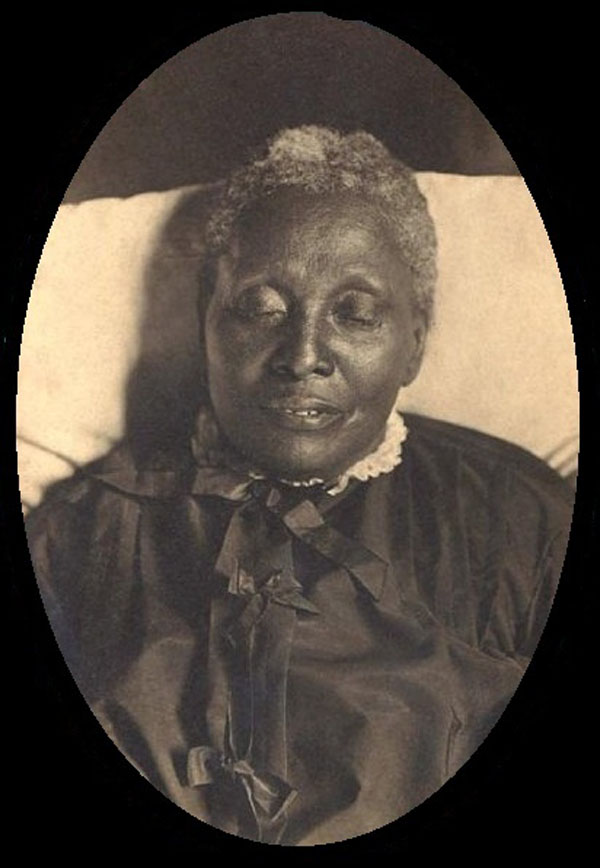 The 1880 census shows a Della Powell living in Friendship, Crockett County, Tennessee, close to the Arkansas border. Born in 1840, at the time of the census she was working on a farm. She was unmarried, but had at least 6 children. 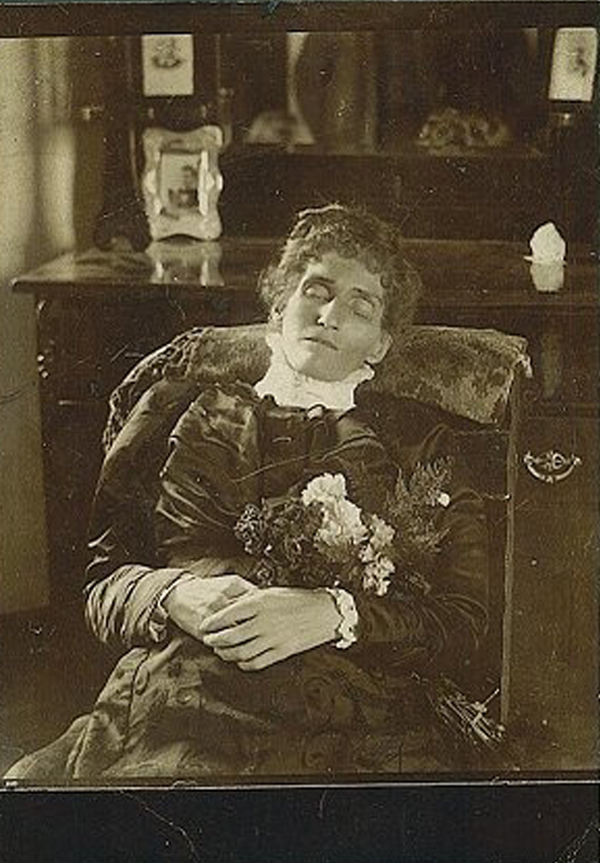 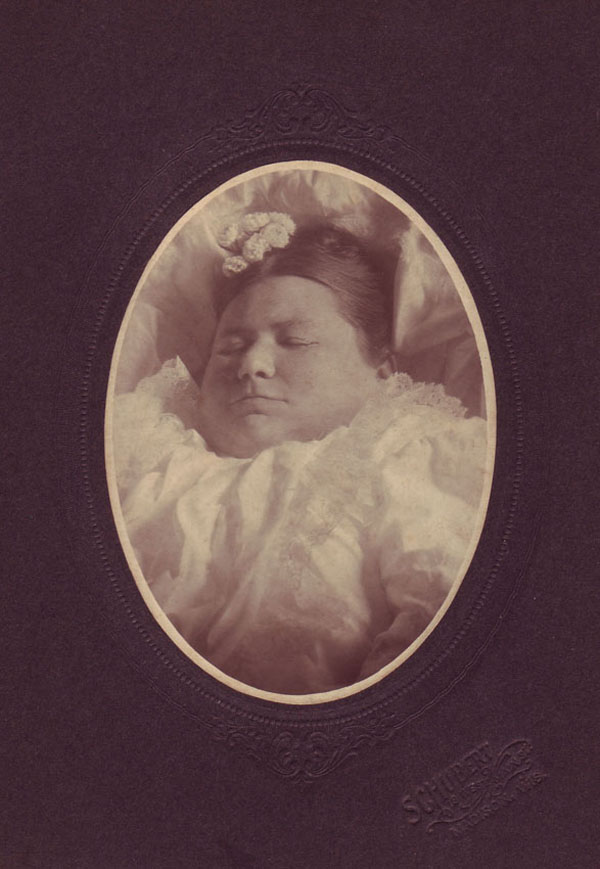 Cabinet cards were made available as photography progressed – multiple copies of the same image could be created and mailed to relatives.

This photo was taken by Schubert of Madison, Wisconsin. 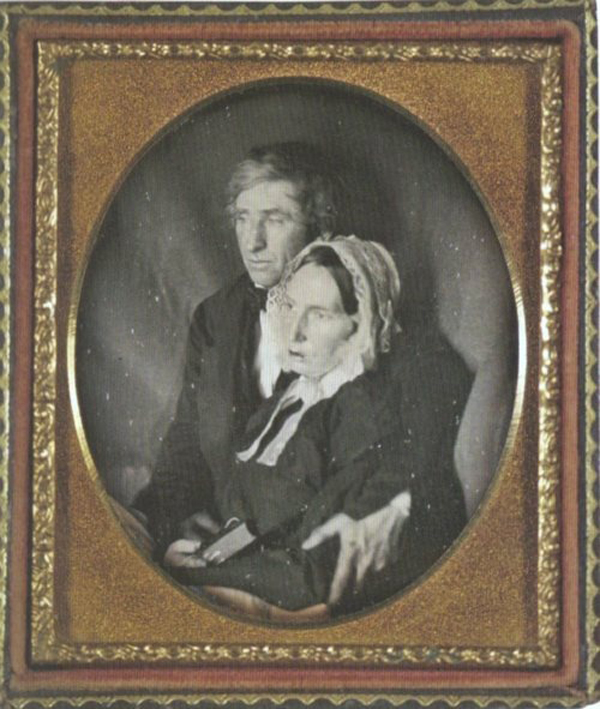 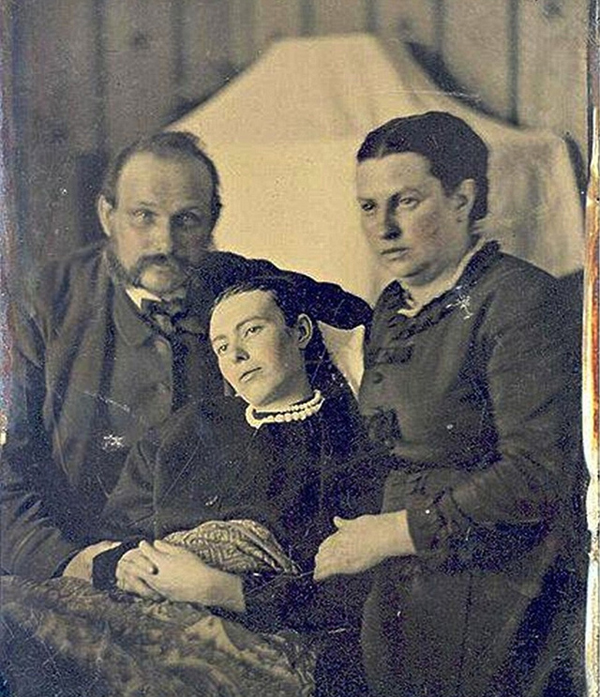 Living parents with their deceased daughter.

Even the smallest movement could cause a subject to blur, due to the lengthy exposure-time of the camera. 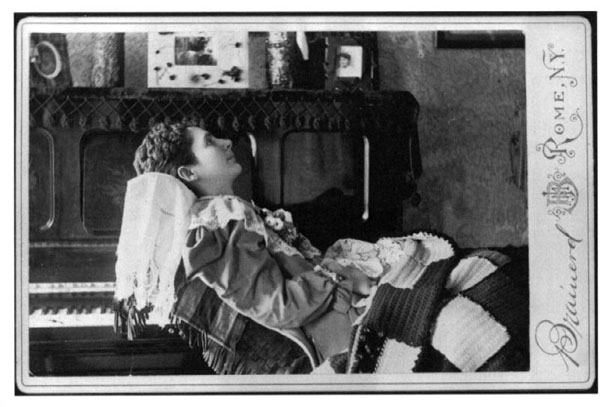 Cabinet card of a deceased young woman in her parlor by a Rome, NY photography studio, 1890's. 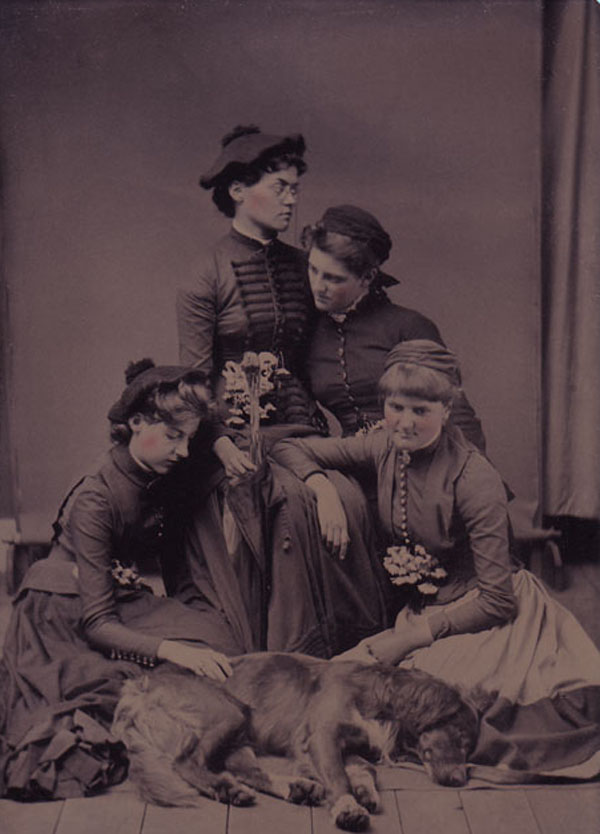 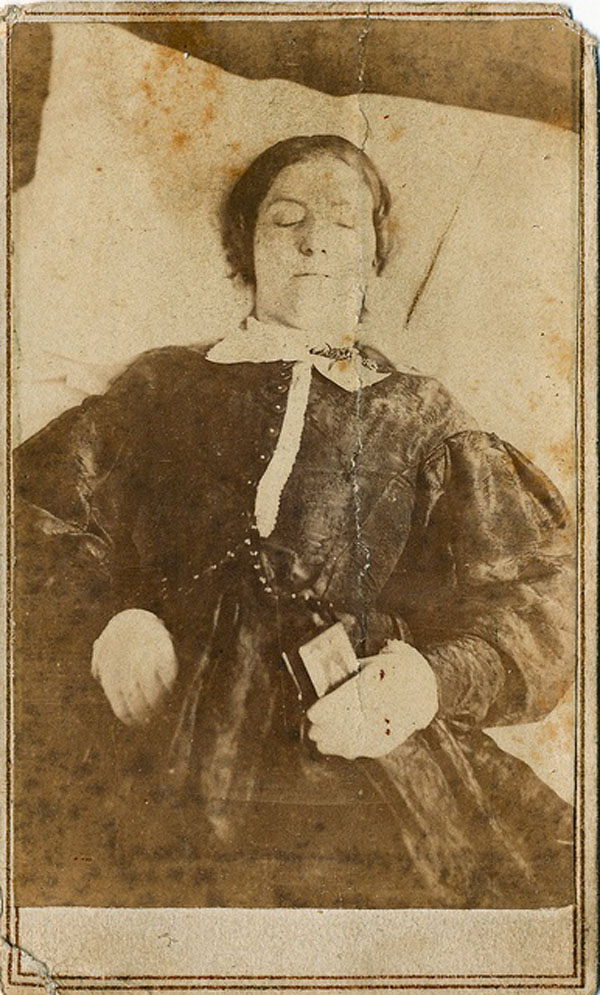 Possibly an army hospital nurse, this deceased young woman is holding a small bible or testament. The revenue stamp on the back dates this image to 1864. 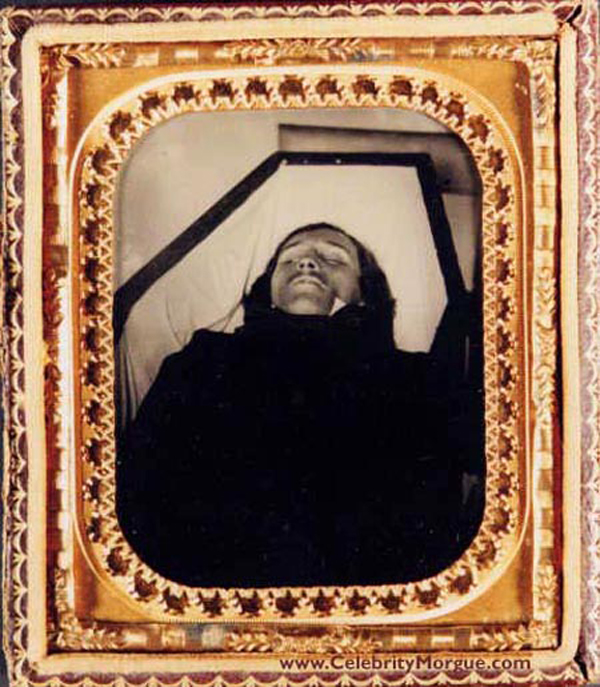 Edgar Allen Poe post-mortem. The circumstances of his death remain a mystery to this day. 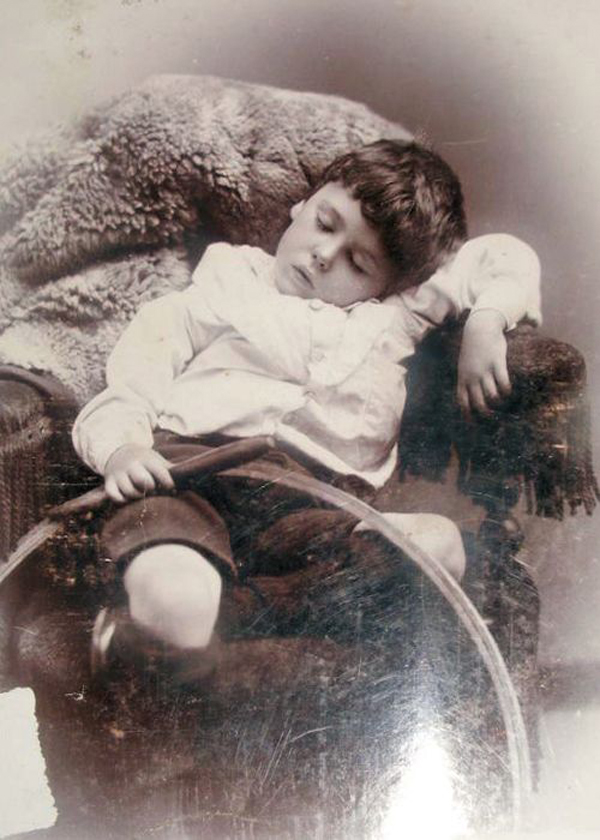 Deceased boy photographed with what was likely his favorite toy, a hoop and stick. 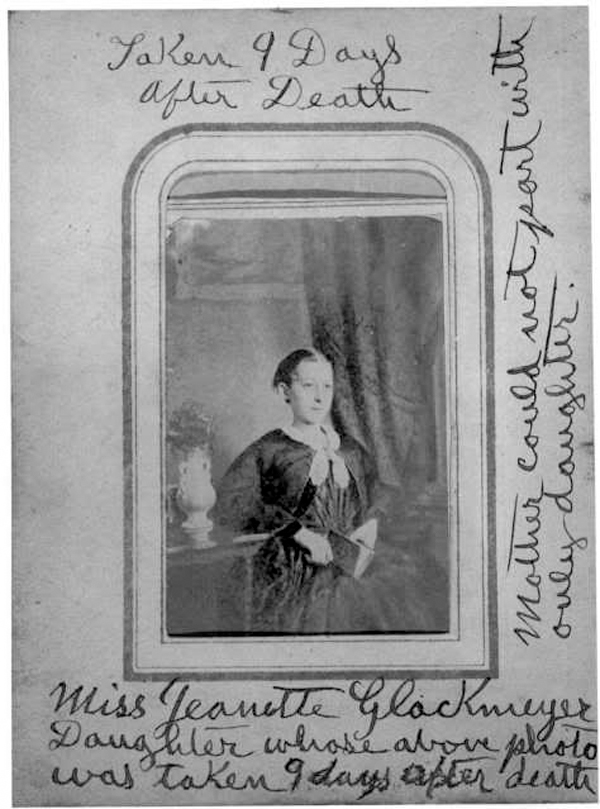 The text on the frame reads, "Miss Jeanette Glackmeyer, daughter whose above photo was taken 9 days after death. Mother could not part with only daughter."