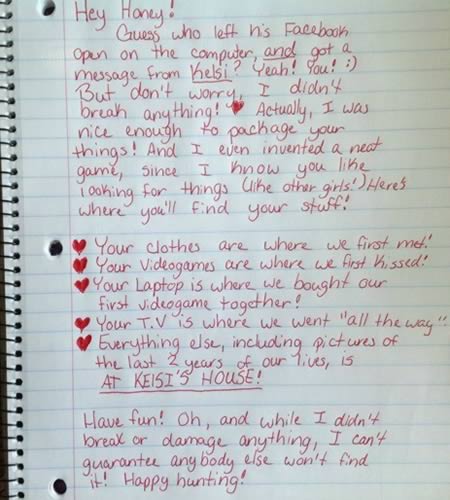 One woman's very polite yet still scathing break-up letter is spreading across the Internet like wildfire and making men everywhere think twice before even thinking about cheating. The letter, posted on Reddit, went viral and has been viewed more than 1.2 million times. It should be noted that the letter's authenticity has not been completely proven. Either way, it's worth the read.

“Guess who left his Facebook open on the computer and got a message from Kelsi? Yeah! You! :) But don't worry, I didn't break anything! Actually, I was nice enough to package your things! And I even invented a neat game, since I know you like looking for other things, (like other girls!),” the letter reads.

The letter goes on to provide several clues to the whereabouts of the alleged cheater's belongings. “Your clothes are where we first met,” one clue reads. “Your video games are where we first kissed.” The writer then informs the letter's recipient that “everything else…is at Kelsi's house!”

I'm guessing lack of communication was the reason these two broke up. 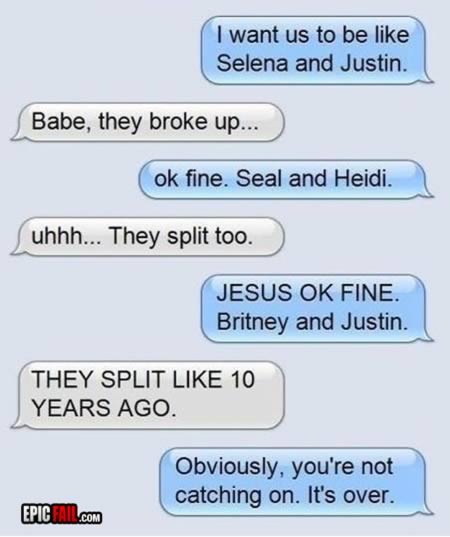 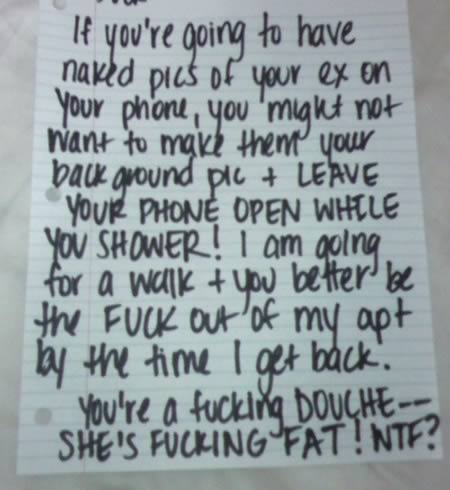 The only thing worse than being cheated on is being replaced by a fatter woman. 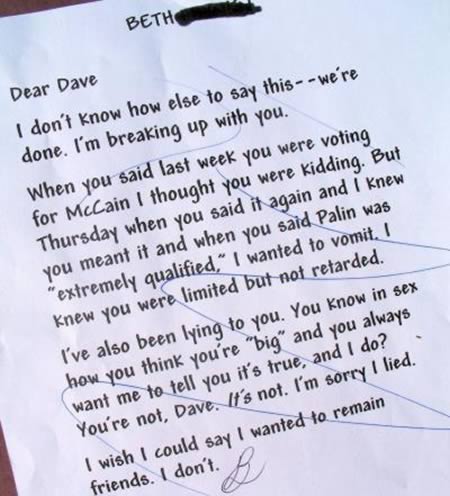 I'm still trying to figure out if they broke up because of politics, size or lies. You be the judge. 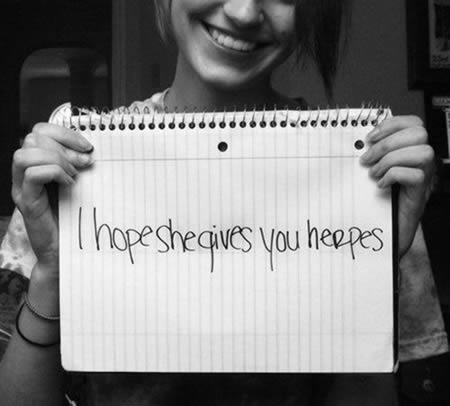 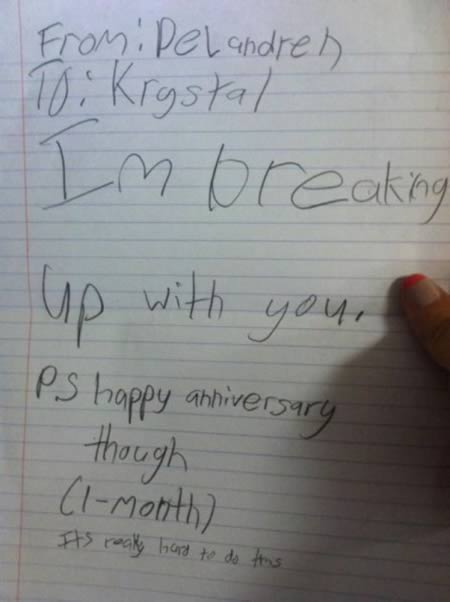 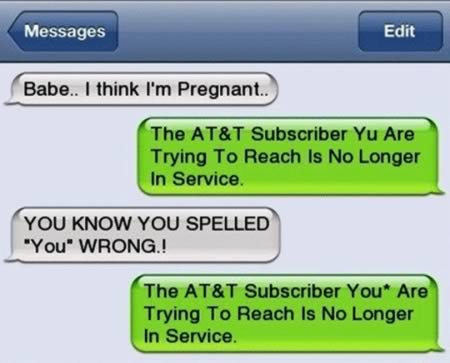 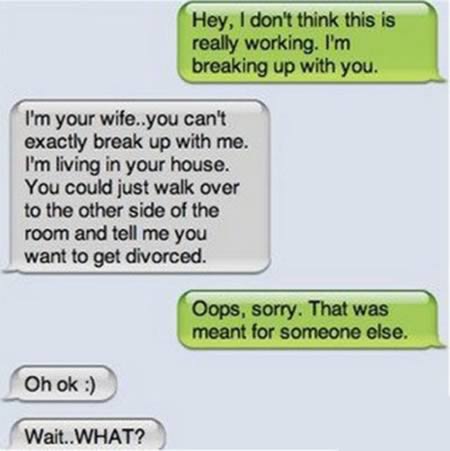 Now that's how you kill two birds with one stone. 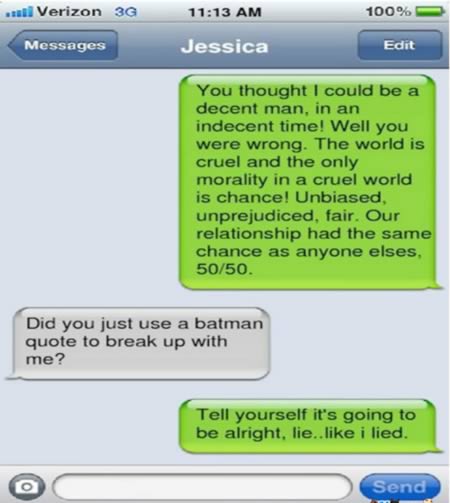 That's what you get when you date a hardcore Batman fan. 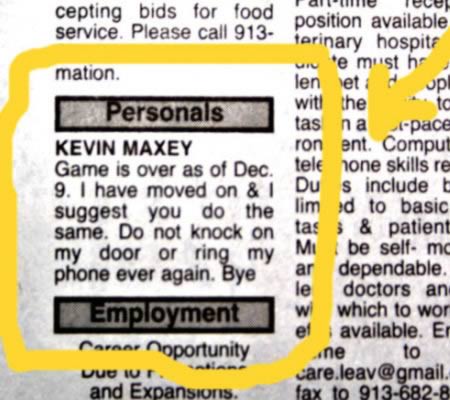 At least she was creative. 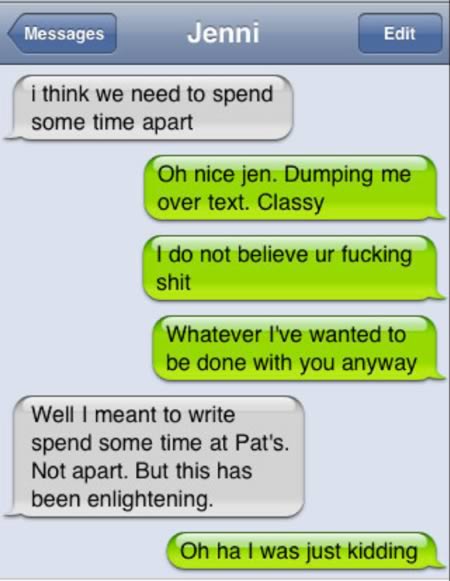