1Use a temporary sticker 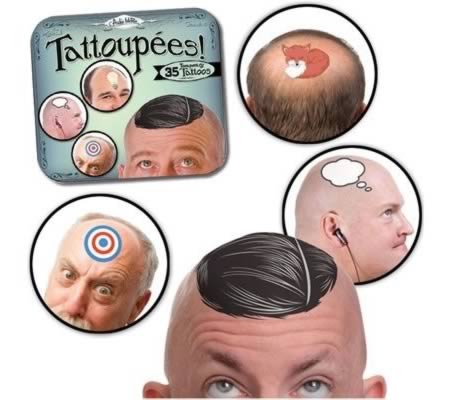 Do you know someone who is having trouble accepting the fact that they have become follicly challenged? Encourage them to embrace, nay show off, all that hairless real estate with the Tattoupees. This fantastic set includes 35 assorted temporary tattoos housed in a neat little tin. Bald is beautiful.

2Get a golf visor with flair hair 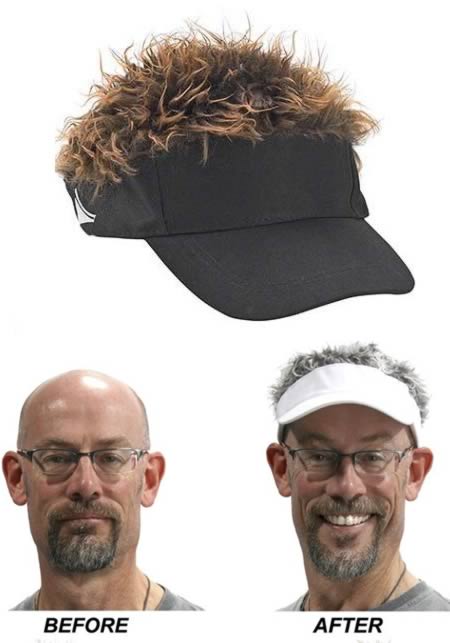 If you have been feeling follicly challenged when you hit the greens lately, we have the cure; a golf visor with flair hair will do the trick!! Join Bill Murray of Caddyshack fame and be a hit on and off the greens with this new amazing product. Now you can go from that tired comb over to perky, spikey hair that needs no maintenance and comes with a golf visor to boot! You will be the envy of all your golfing buddies when you can play 18 and never worry about the hair again. Think of all the space you'll save in your clubhouse locker by not having all those cumbersome hair products. Where else can you get style and function plus a built in hat for only $21.60??

3Have a permanent tattoo of fake hair 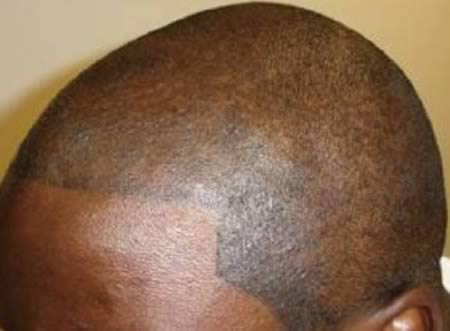 If a UK company has its way, men suffering from hair loss will turn to needles and ink to mask their baldness. Birmingham, England-based HiStyl uses what it describes as “a mild form of medical tattooing” to simulate the look of shaved or closely cropped hair. The procedure, which HiStyl calls “hair follicle replication,” takes three hours to complete and requires an additional follow-up session. Clients have to shave or cut their hair in order to blend the tattoos with their natural follicles.

4Rent it as ad space 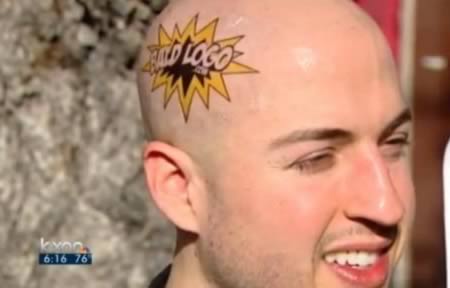 In 2012, 27-year-old entrepreneur Brandon Chicotsky launched a unique service called Bald Logo, turning his bald head into a billboard for businesses willing to pay him $320 per day, and walking around Austin, Texas to get as much exposure as possible.

How does the old saying go? “When life gives you lemons, make lemonade.” That's exactly what Brandon Chicotsky did after he lost most of the hair on his head at a very young age. ”Because I didn't get to choose to be bald I thought I'd bring bald and beautiful back,” said Chicotsky, who also decided to use his head as an actual business. Last month, the young entrepreneur launched Bald Logo, and since then he's been flooded with inquiries from businesses interested in having their logos temporarily tattooed on his or one of his coworkers' heads, for a fee of $320 a day. Brandon and his team have perfected the tattoos to withstand any weather conditions, and will spend six hours a day walking the streets of Austin garnering attention for their clients. Bald Logo currently has three “bald angelicals” on its staff, but the ambitious businessman plans to hire more walking advertising spaces and expand to other cities. 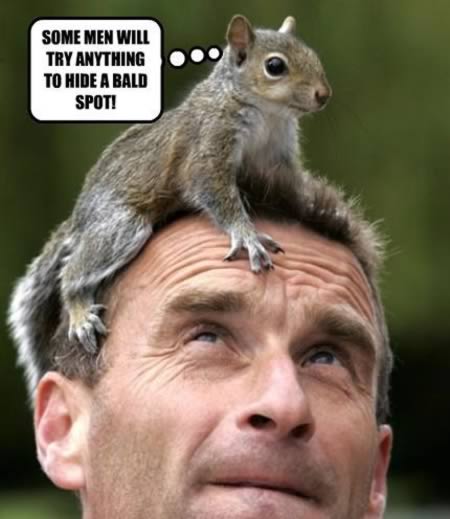 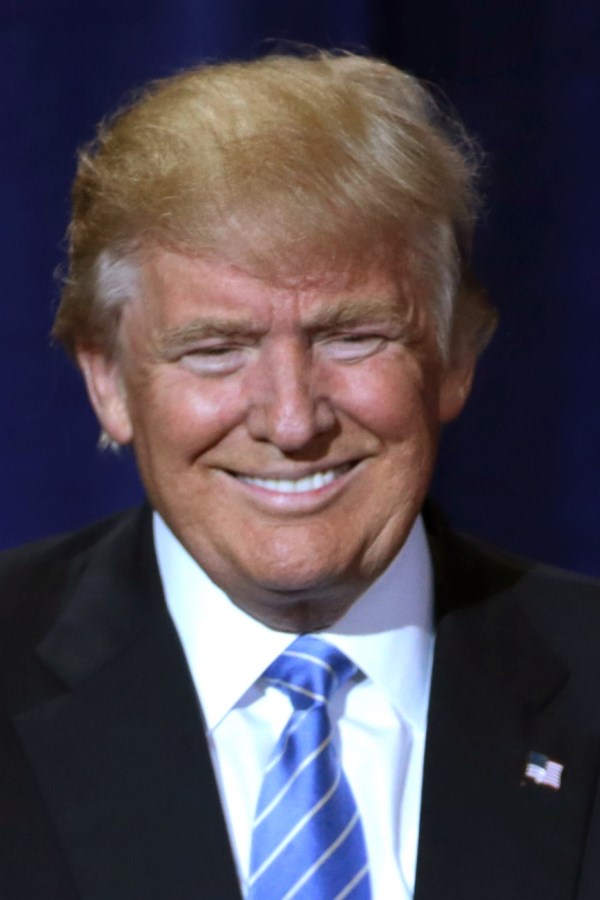 The king of comb-overs, Donald Trump, shows you how to do it. Do it any other way and... you're fired!

7Cover it with art

A few years ago, when he started to go bald, English artist Philip Levine decided he didn't want to shave his head like everyone else. Instead, he opted to turn it into a canvas for his art. That's how the "headism" art movement was born. While others complain about losing their hair, young Philip Levine looks at the glass as half full: being bald gives him full freedom in a very specific and original way. Ever since he started shaving his head in 2006, he began using it as a canvas for his various design ideas, and soon trend websites started posting photos of his bald artworks. In 2009 he realized his head was becoming an inspiration in the art world and decided to put on a show. Ever since then, his name and the headism art he pioneered have become iconic within London's art and fashion scenes.

8Tattoo it with humor 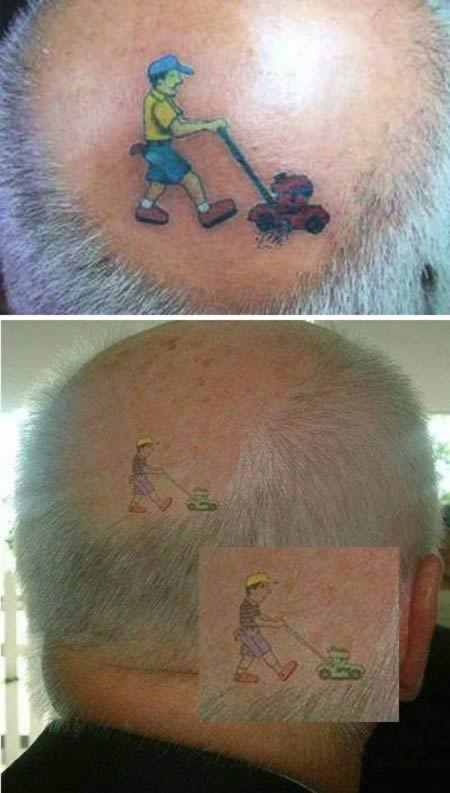 9Cover it with a cap 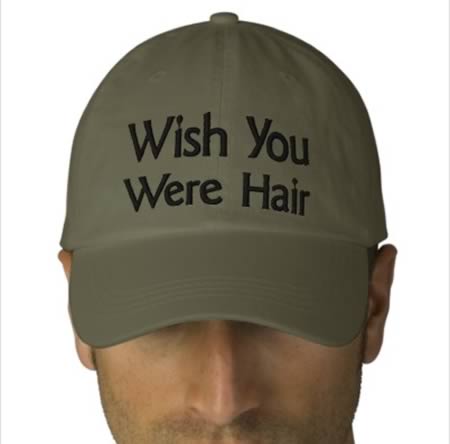 A funny men's hat that reads, "Wish you were hair."

10Show all the hair you've got 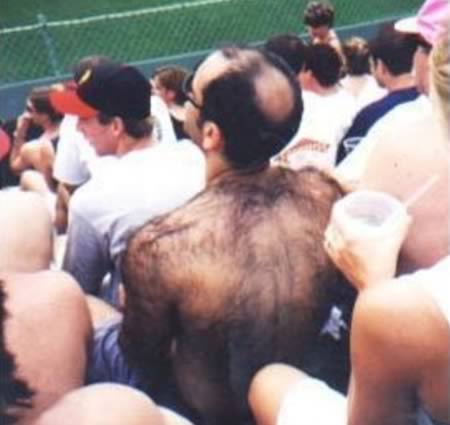 If you don't have enough hair on your head but plenty of it on other parts of your body, your best option is to confuse the viewers.