Richard Glenn, 55, threatened students and took others to a strip club when he was drunk on a school trip in Costa Rica in 2019.

He has been banned from teaching for three years.

Glenn was sent home early during the Longridge Towers School trip because of his actions. He admitted to gross misconduct and was dismissed in August 2019.

Glenn, or Mr. Glenn  as he was referred to in school, was heard but a misconduct panel about the incident. He taught computer classes and was one of the leaders of the group of 16-18 year old’s that went to Costa Rica on July 5th, 2019.

He was supposed to be there until July 28th, but was sent home after six days “due to his behavior.”

He said that there was “no malice or sexual intent” in taking the students to the lap dance club. He said that it was “inappropriate and unprofessional” for him to have not controlled the situation. 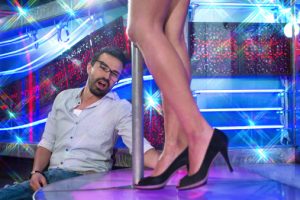 Although he later added that he couldn’t remember what happened “due to his state of intoxication” but he “did not dispute the recollection of those present. The panel was shown drink tickets bought at the lap dance club and said that it was “satisfied” that his conduct “amounted to misconduct of a serious nature which fell significantly short of the standards expected of the profession. “

The panel’s report said: “Mr. Glenn was, at various times during the school trip, under the influence of alcohol, and therefore not in a position to adequately take decisions or act in loco parentis should the need arise.

“This was in circumstances where pupils under his care were in an unfamiliar country, far from home, and relying on him for guidance and protection.

Glenn will have to apply for the ban to be lifted after the three years, the panel said.