When we’re in the market for a product or item, what grabs our attention the most? Is it intricate labeling, colors, creative commercials or those few bizarre campaigns that make us do a double-take and actually take the 5 seconds to click on what is being sold? With billions of brands flooding every corner of the marketplace, standing out to a customer is no easy feat. However, many companies have been able to accomplish this with just a touch of vintage flair. Let’s take a look at how the use of vintage elements can make an impactful statement for brands and consumers everywhere. 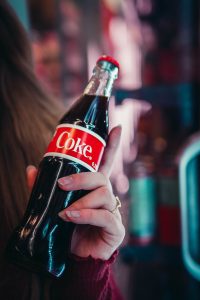 Using the psychology of nostalgia

While there are countless tactics used in marketing to attract customers, the ones that are able to draw people most often to a specific product or brand are the ones who incorporate elements of memory or nostalgia into their campaigns.  This is because as humans we are more likely to invest in something that makes us strongly believe in it. In a similar way, when an advertisement, poster, billboard, or commercial allows us to remember something or simply pulls at our heart strings, we are more likely to research more about the brand and get to know what it can offer us. The psychology of nostalgia has been used all over the world by big companies, industries, and brands such as in PokerStars’ black and white ad promoting their recent I’m In campaign, Nintendo’s recycling of the NES Mini Console and, of course, Coca Cola’s modern-day re-use of vintage prints that we all know and love. The bottom line: we are all emotional human beings. Whether it’s setting a commercial in an old film style without color or using vintage lettering to promote a new product, these marketing tactics transport us back to a personal place on our own timeline. And because time travel isn’t an option, we’ll invest in the next best thing that can take us there.

Even something as simple as using the right colors can make or break a customer’s willingness to invest in a product. After all, the first thing a person notices is visual appearance and, even if the thing you are selling happens to be the best product on the planet, if it is wrapped in dull and unappealing packaging there’s a high chance it won’t be topping the charts. In the same way that nostalgia propels consumers, colors work on an emotional level, speaking to our personalities and persuading us one way or another. In fact, colors matters so much so that a whopping 85% of consumers use them as a deciding factor when choosing what to buy. Coca-Cola again may be the best example of this with their signature color of red acting as one of the most recognizable brandings in the world. But the company didn’t get here overnight. Their vintage ads displayed an entire host of bright colors in bold fonts that evoked emotion instantly and proved to be extremely successful. Many of today’s contemporary brands are starting to use eye-catching colors more to promote their products as their use is extremely influential in buyer psychology.

Sticking with a simplistic look

In a fast-paced society where many people are trying to juggle work, school, families, hobbies, trips, and relationships all at the same time, there is little room in the day to spend analyzing adverts. People shouldn’t have to figure out what is being sold; it should be simple, uncomplicated, clear and concise. Sometimes the selling point is most effective if it is small. Volkswagen proved this in their 1960’s “Think Small” campaign which featured nothing other than a small photo of their black Beetle in a completely white background. The campaign and its design rocked the world with more car sales, not because of its grandeur, but because of its simplicity. 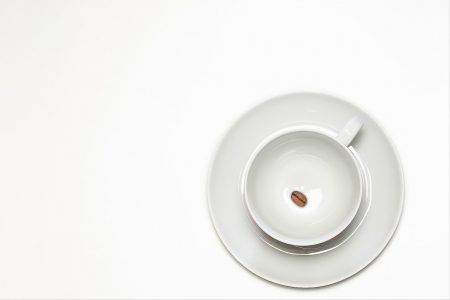 Minimalism, as displayed here, is a trend that arose in the 1960s but is still being used widely in visual marketing today

In a similar way to what Volkswagen did with their tagline “Think Small,” brands from the past really knew how to communicate an entire wealth of information in just a few lines. America’s Campbell’s chicken soup is a great example of this with their famous onomatopoeic slogan, “M’m! M’m! Good!” This catchline, originating in the 1930s, is so popular that if you heard it coming from your living room but were in a different part of the house, it would still be easily recognizable.