Black Friday has gone beyond the best shopping day of the year to live in the pantheon of weird things Americans get killed doing. People forgo time with family and Thanksgiving dinner to line up at Wal Mart and Best Buy to get heavily discounted towels and HDMI cables. Planning for and attending Black Friday sales has become a family tradition. They skip pumpkin pie and hot turkey sandwiches, slam protein bars and Gatorade before throwing elbows with similarly motivated people.

As someone alive before Black Friday became a thing, it seems like a huge bummer. Do these people not know Thanksgiving is a free pass to overeat, nap, rinse, and repeat for four days straight? It’s my favorite time of year precisely because I don’t have to go places or do things.

It’ll be interesting to see who turns out to join a massive crowd in the middle of a pandemic. Considering these casualties from the Black Friday Death Count site, these folks seem willing to risk COVID to get 30% off scented candles.

The first Black Friday death was a 34-year-old Wal-Mart employee, Jdimytai Damour, on Long Island. The gathered crowd of 2,000 people pushed through the doors as soon as they opened, knocking Damour to the ground and trampling him to death.

Awe, remember when Toys ’R’ Us still existed? Two families made some bad choices, starting with bringing loaded guns to the toy store. The moms got in a fight, which came to blows. The men then got involved, brandishing their weapons before engaging in a chase through the store before shooting each other to death.

A former Marine was stabbed in the back by a guy stealing a laptop. No one is safe on this darkest of days. Three Marines were collecting Toys for Tots at an Augusta Best Buy when the would-be thief fled the store. Cpl. Phillip Duggan clotheslined the guy who pulled a knife and stabbed him. Duggan made a complete recovery.

An off-duty police officer hired to help maintain order at a North Carolina Walmart misread the situation after a man fell into a cellphone display. Believing a fight was breaking out, he shot pepper spray into the air above the crowd of about 20.

Americans really love their guns, huh? A Black Friday shopper was carrying a TV home from Target when a thief fired a few warning shot and stole it. The victim tried to wrestle the TV away from their assailant, who then shot them in the leg. They made a full recovery, but still.

Some of these stores are open all night long on Thanksgiving, like Kohls. Considering that, it’s no wonder tempers are short in the home goods sections. A fight broke out around 1 am, with three women assaulting two others. Police responded and made appropriate arrests.

Two people were shot outside a shopping mall in New Jersey, one fatally following a pre-Black Friday incident.

Maybe stay away from Walmart on Black Friday? Isidro Zarate, a good samaritan, intervened to help when he saw a man attacking a woman in the parking lot. That man, 21-year-old Teles Mandan Juarez, pulled a gun and shot three times, killing Zarate and wounding two uninvolved women. 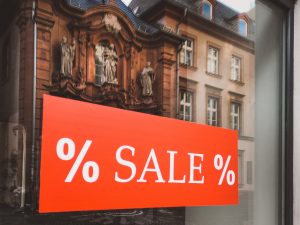 You have to feel for the retail workers who deal with this every year. They’re risking their health to work as mediators for people willing to kill for PlayStations. Shoppers assaulted a KMart employee, throwing him into a display and shattering his hip.

So, everyone at Black Friday is armed. Here, the victim was looking at a woman in the parking lot of the Tallahassee mall. Her boyfriend pulled a gun and shot the ogler. A third, uninvolved person witnessed the incident and pulled out their gun, and started shooting.