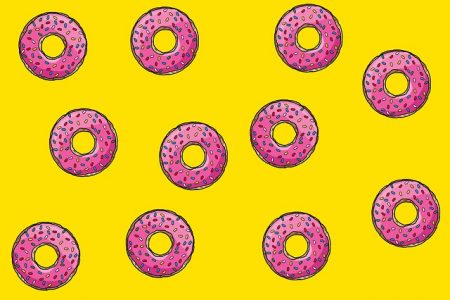 It’s been the source of much speculation for years. “The Simpsons” animated sitcom has been ‘predicting’ global events since the moment it burst onto our TV screens, 30 years ago (that’s right, 30 whole years since the first episode aired!).

In recent times, we’ve seen such things as Donald Trump becoming President of the United States, a depiction of which was first aired on the Simpsons in the year 2000… A whole decade and a half before the actual event!

They’ve predicted the use of smart watches, FaceTime, and in a 1997 episode, even made reference to an Ebola outbreak, a story which sadly dominated headlines for much of 2014. Perhaps one of the most eerie predictions was in a 1998 episode where Homer talks of discovering the ‘God particle.’ This was 14 years before scientists built the Large Hadron Collider and proved the existence of the Higgs Boson, arguably one of the biggest scientific discoveries of all time.

But we’re not here for that. No. One thing that those super-observant designers over at Boom Online discovered while working with Aspire Doors, was that every Pantone Color of the Year (if you’re into design, you’ll know how big of a deal this is) from 2010 to 2019 can be found in the iconic Simpsons living room. Mind blown.

Not only that, the 2020 winning color has just been released – Classic Blue. And who should have the bluest of all hair on TV? That’s right, Marge Simpson!

Now, we’re not saying that Matt Groening is a time traveler (we hope he is), but some of these predictions seem too weird to ignore. Is the color scheme of “The Simpsons” living room a blind coincidence? Or did Pantone give up on spending hours painstakingly deciding on what was the winning color and look to “The Simpsons” for inspiration, instead? Who knows. All we know is, “The Simpsons” provide a lot of the answers to life’s mysteries…