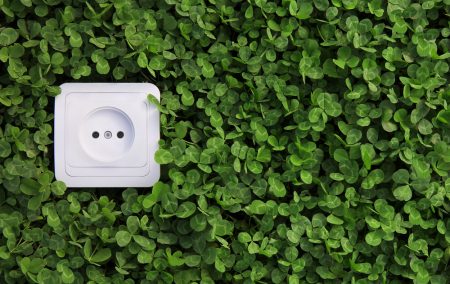 If you’ve had your fingers on the pulse of cooking trends lately, then you’ve certainly noticed that cooking with electricity is back on the scene. Though it was once declared “expensive” and “inefficient” by cooking prognosticators, recent cultural trends have demonstrated that electric appliances may be coming back into style for several major reasons.

First off, there’s clearly more electric appliance variety now than there was even five or ten years ago. As the team at All the Stuff demonstrates, these new electric units are better geared toward allowing home chefs to create several different foods with a single appliance. This kind of versatility adds a lot of value that single-use electric appliances of the past sorely lacked.

That same article from All the Stuff also proves that electric cooking appliances are becoming more affordable. Home chefs are always looking for a bargain. So, if electric appliances establish themselves as the affordable option going forward, you can expect them to gain fresh attention from frugal home chefs.

Electric stoves and appliances were declared “inefficient” back when Americans began to be conscious of their at-home energy use habits. Since that time, most new homebuilders have turned up their nose at the idea of even having a single electric unit in their kitchen. But those doubters should reconsider because today’s electric appliances are more energy efficient than ever before.

In fact, more and more electric appliances each year earn the prestigious Energy Star seal of approval from the U.S. Environmental Protection Agency. For consumers, this mark is a sure sign that the electric appliance in question is more energy efficient than its non-certified competitors.

This energy efficiency can also contribute to significant energy savings for the appliance’s user. This factor alone makes a clear case for why more folks are switching to electric cooking now than at any other point during the past several decades.

Along the same lines, Americans have begun to think about their at-home cooking practices in an eco-friendlier light. This is according to an article from USA Today, which discusses a small but growing group of communities across the country that are banning the installation of gas appliances going forward.

Those that oppose the use of natural gas (for cooking and other in-home uses) believe that the fuel source contributes to climate change, much in the same manner as burning petroleum. This mindset has caused green homeowners to reconsider electric cooking because it doesn’t directly require the burning of a fossil fuel.

Looking to the Future

Perhaps this uptick in interest for electric cooking is here to stay. If more communities institute hard-and-fast rules that forbid the use of gas stoves, then perhaps more home chefs will learn to appreciate what electric appliances can offer all over again. Even if these kinds of rules aren’t instituted everywhere, you can be certain that innovation in the electric cooking field will continue to grow to match this fresh tide of enthusiasm in the near future.