It’s never a laughing matter when a school gets evacuated. That means lives are in danger, and not just any lives – the lives of children.

But out of all the reasons for a school to trigger evacuation procedures, we’re ready to bet nobody saw this one coming.

The Haddon Township High School – in Haddon Township, New Jersey –  had all students and staff pulled out today on January 8. The cause of the evacuation order was the presence of radioactive materials in the school.

Apparently, one student brought in uranium. That just blows your mind on so many levels.

How did a high school kid get their hands on uranium? Why did they bring it to the school?

Luckily, it turns out that the student wasn’t actually trying to nuke the school. It’s a one big mess, for sure, but no one tried to intentionally hurt anybody.

And with that, let’s get into the story. 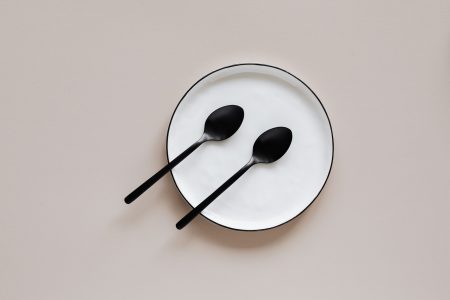 “We learned that a student had brought into the school a potentially dangerous substance,” Fisicaro said.

“Local police, fire, and a hazardous materials (hazmat) team arrived on the scene and immediately investigated the situation, and secured the building,” he added.

A hazmat team combed the school through room by room, while other rescue personnel tended to the evacuated students and staff. After a while, officials declared that it was safe to return to the school.

“There appears to be no danger to the public as a result and all agencies have since departed from school grounds,” the Camden County Prosecutor’s Office said.

Special education teacher Susan Bonuomo told Courier Post she did not know where in the school the dangerous substance was found. When the evacuation order came, her thoughts were on the students.

“Right away I just wanted the kids to be safe. I don’t want the kids ever to think they’re not safe,” she said.

Luckily, no one got injured in the rush out of the building – or got radiation sickness. The hazmat team even identified and removed the offending object from the building.

And this is where it all gets weird. While Fisicaro would not confirm what the radioactive material was, news outlets have through interview discovered that the culprit was a dinner plate.

You see, in the 1950s, we had already figured out how to make a nuclear bomb. But people weren’t all that sure about the effects of radioactivity, and everybody thought that the future would be nuclear.

Enter Fiestaware, a still active dinnerware manufacturer. They apparently thought at the time that it would a swell idea to glaze plates with uranium oxide.

And that’s what they did. Yes, the material’s radioactive.

Apparently a student – who has been granted anonymity for understandable reasons – received a Geiger counter as a Christmas present. A bit of an odd gift, but hey, who are we to judge.

To test the gadget, the student and his parents went to buy a Fiestaware plate from an antiques store. These plates are still sold perfectly legally, so it seemed like the easiest avenue to get something radioactive.

Lo and behold, the plate set the Geiger counter off. Excited about the discovery, the student decided to take the plate to school so science teachers could use it experiments.

“He’s not trying to blow anything up. He just likes science,” the student’s parent told NJ Pen.

The student told NJ Pen that he brought shards of the plate to his school on Monday, January 4. But the hazmat alert wasn’t triggered until today when a school administrator realized that “holy moly, this thing’s radioactive!”

The plate was in the school for a full work week, for Pete’s sake.

That said, it’s not like the plate was an actual hazard to anybody. According to the student, the hazmat officials contacted a scientist, who confirmed the plate is perfectly safe to keep in a home environment.

It would’ve been a different story if someone had ingested any particles from the plate. Look, don’t ask us how that would’ve happened, but it was a concern authorities had.

The school probably didn’t want the plate back in the science classroom, though.